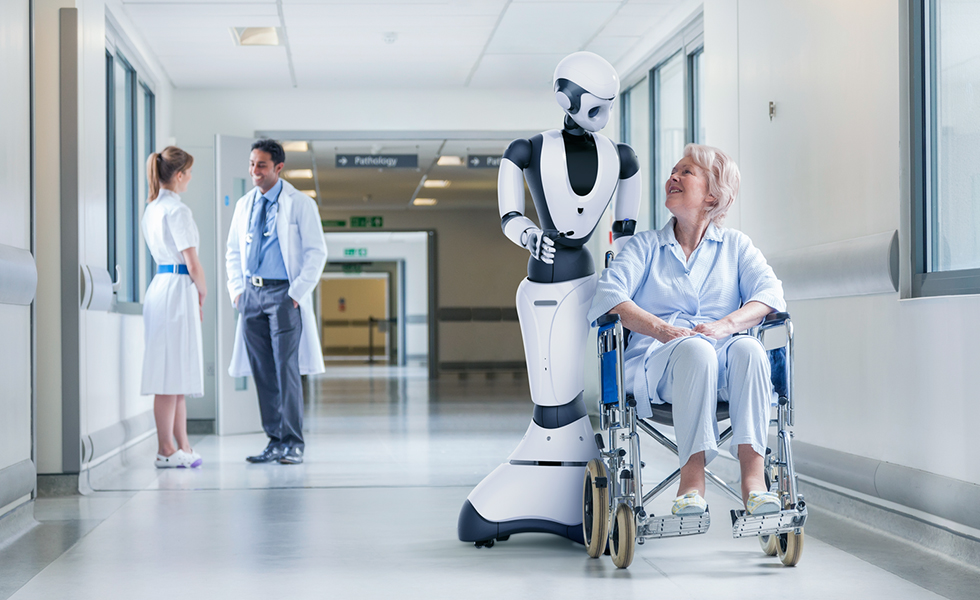 How far am I going to go? If you’ve been reading my recent articles, you may have me peeking down, right at the edge of the rabbit hole, just a tiny slip away from reporting insanity! What I’m writing doesn’t sound like reality. It sounds more like an episode of a TV show.

I wish it to be a classy old show with genuine humanoids writing and performing … like The Twilight Zone from back in the day!

How far will I go? Just following the dots! Keep your hat on!

I don’t know if it’s true, but it sure makes a great finale …

The Battle to Save Humanity

Get ready, my friends, to balance on a cliff of credibility.

Radio personality Stew Peters met with biotech analyst Karen Kingston (author of the subscriber-based “Kingston Report”), who discussed Covid as a weapon. Kingston claims Covid-19 is not a virus, and is purely a bioweapon, and it even has a patent, which she reads and displays during the 30-minute interview. She says the weapon is a self-aware (intelligent) parasite intended to spawn “viruses, diseases, biosynthetic structures, as well as host the development of new species,” and its growth is activated by cellular (5G) technology.

She says they are built, and patented, to spawn.

“We’re looking under the microscope of people who’ve been injected, and their self-assembling nanotechnologies, and we’re ignoring the evil itself. Why are we being gaslit about a virus that is clinically, statistically, evolutionary and scientifically impossible to infect people, and not talking about the artificial intelligence nanoweapon that’s been unleashed on the American people?” She compares the antagonists to the devil … “The greatest stunt, trick, the devil ever played on humanity is teaching he didn’t exist. We have been gaslit and distracted by this concept of a coronavirus that’s infectious …”

Kingston then displays US patents she says show the spike protein, intended to be used as a weapon!

She says both “virus” and vaccine are effectively the same thing.

Kingston says some believe infected people can experience disruptions in emotions, thoughts and behaviors, and the weapon can be used to induce a “pandemic of strokes.” Reading US patents for bioweapons which mimic the Covid vaccine ingredients, descriptions of spike proteins’ capabilities include use as a weapon or as “healthcare,” and under law, she says using the same nanoweapon as health care was allowed, in an emergency healthcare experimentation “grey area” exploited by “global, evil sociopaths.”

Kingston also says the patented bioweapon specs show they’re designed to go right to a person’s brain upon entering the body, and begin to attack the central nervous system within 30 minutes. Fans of Bill Gates will be excited to hear this sandbox isn’t just for medical experts either; in fact the synthetically recreated virus is “a computer program sequence.” Computer coding.

Size-wise, the particles that want to attack you “can get through anything” at only ten microns, far smaller than could be protected against by masks.

As a clever sub-plot, Kingston explains the patents are based on technologies effected by “frequencies,” and radio waves can completely disable the spike protein. She speculates “the 5G towers are part of the energy source for this AI nanoweapon … to spawn new genetic species.” She claims Musk’s Starlink satellite system is part of a “military operation to take down humanity.” Kingston underscores a lack of logical explanations around Covid, and expresses she’s disappointed people believe it’s a respiratory virus, saying “it’s all in front of our eyes” if we consider the wide array of strange medical happenings on the rise, from magnetism to demons.

“There’s no real grey area at all!” 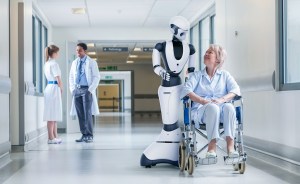 The bad news for the unvaccinated is, if Kingston’s right, you didn’t dodge any bullets.

Kingston has constructed a conglomeration of peer reviews, patents and speculation claiming the air is deadly. She and her host agree the patents represent “proof” of something. There doesn’t, though, seem to be a case showing the patents in question are “for” what’s known as Covid, nor that they’re definitive proof of what Covid “is.”

Nevertheless, just learning that there’s already a patent for a self-aware parasite that can be computer-programmed to spawn more parasites and kill people, while mimicking natural human tissues, is an unsettling eye-opener!

“There is always a weakness in every creation.”

Kingston recommends Ivermectin and HCQ, calling them “anti-parasitic agents,” which “work to slow down the replication of these parasites in the body.” She says electromagnetic frequencies (like radio waves) can disable the spike frequencies, shown in studies.

But she says people need to “stop running from the truth.” “Every Covid-19 emergency use power, and all the funding must stop,” Kingston says, along with every Covid-19 product being recalled, and use of vaccines should be considered attempted murder.  She says 5G and Starlink have “nothing to do with helping humanity!” 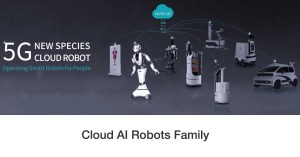 She pointed to a Chinese company, “Cloudminds,” which makes “humanoid-“ and “cloud-robots.” Wikipedia says “their first products include a blind guiding robot and an AI mobile device that can be used as the control unit for generic robots in order to stimulate an end-to-end ecosystem.” Kingston says the robots use 5G, and the company’s “end game operations” are for Chinese military use. “They are a threat to national security, and they need the 5G towers that we’ve put up all across this country – it’s not for our convenience; it’s for our extermination.”

Cloudminds, meanwhile, states its vision is “to provide humanoid service robot to every family by 2025.” 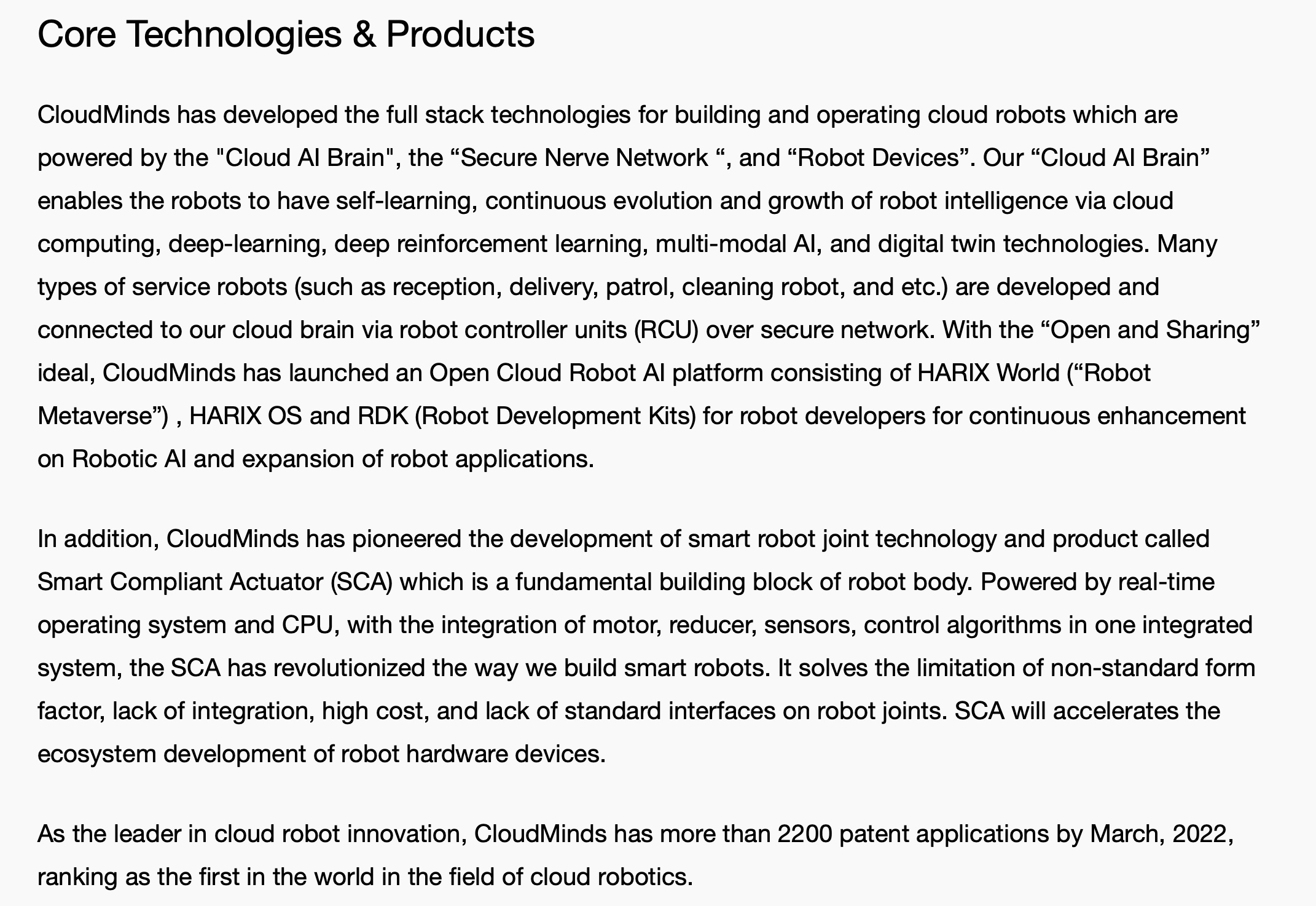 All part of “spawning new species’,” with humans as hosts?

The video discussion, led mostly by the guest, gets pretty technical, but it’s a half-hour that certainly delves deep and speaks candidly, worth your time if you enjoy edge of the cliff research.

The entire interview can be found here.

Karen Kingston can be found at substack here. Whether she’s fully on target or missing a piece of the puzzle, she has certainly done a great deal of technical research on a very controversial subject.

One thing we know: nanotechnology is here.

You just can’t see it.

5 Replies to “The Final Episode of The Twilight Zone”