Re-posting one of my articles from Quora. The question: “Why don’t musicians use expensive studio microphones when playing live?”

Because a typical studio microphone would feed back.

Many studio mics have a pickup pattern that is very generous; a circular area around the microphone, as if viewed from above the mic, showing the primary area of pickup … almost like a radio station coverage area …

ALL stage microphones have a significantly different pattern. They’re designed NOT to pick up sound from behind the microphone, nor from any distance in any direction; the sweet spot is extremely pronounced, and it’s right in front of the mic extending only a few inches.

This makes an enormous difference.

When the sound coming out of the speakers enters into a hot microphone, you may have a problem that prevents you from continuing, and might even break stuff, not to mention the horrible screeching sounds! A continuous audio loop is created, resulting in feedback. This would happen almost immediately at low to moderate volume if your mic had an “omni” pickup (or “polar”) pattern, but would be prevented if you had a “cardioid” pattern. 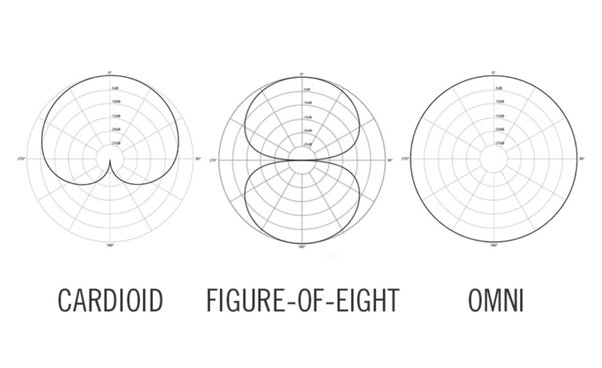 Cardioid and “Super-Cardioid” are the two patterns to use on stage, or anywhere where the room’s full of sound. In contrast, in a studio, speaker placement can be managed to allow some use of mics while speakers are turned on, but usually singers wear headphones IN COMBINATION with a studio microphone, which probably has a fuller pattern and picks up from behind it and from far away from it.

The Grateful Dead was one of those bands that allowed people to record their concerts from the audience, while the band also made archives; as a result, there are thousands of recordings available from the many years, including what they call “sound board recordings.” If you listen to one of those, you’d think it would be great – this is the microphones and guitars plugged DIRECTLY into the soundboard, then recorded on-the-spot. But no, it isn’t great; it’s basically un-usable, and the reason is there’s no audience noise … AT ALL. The stage mics do not pick up the audience. In the middle of the song, there’s a big dramatic thing going on with the music, but it may as well be in a closet; there’s no dynamic feeling; it doesn’t even sound real. Then at the end, the big finale, and nothing. No-one claps.

You may have had 50-thousand people cheering at their lungs’ capacities, but you won’t hear it; maybe just a little ripple of audience noise that sounds far away. The resulting recording is so odd-sounding, the fans will create what they call “matrix” mixes, which ADD the crowd noise, which was recorded from within the audience, someone else’s mix, or a mic pointed out at the audience for this exact purpose.

Someone might circle ’round and claim “Hey, I saw Joe Smith using a Neumann studio mic in concert!” Yes, that happens. They have to be VERY careful, and the risk is significant. Such a move is not primarily for sound purposes in a live scenario; they are placing a value on what it “looks like.” The studio mic will not perform better in any way on a live stage, and will probably cause problems!

Studio mics are excellent at picking up EVERY sound.

Hope that helps! Have fun!