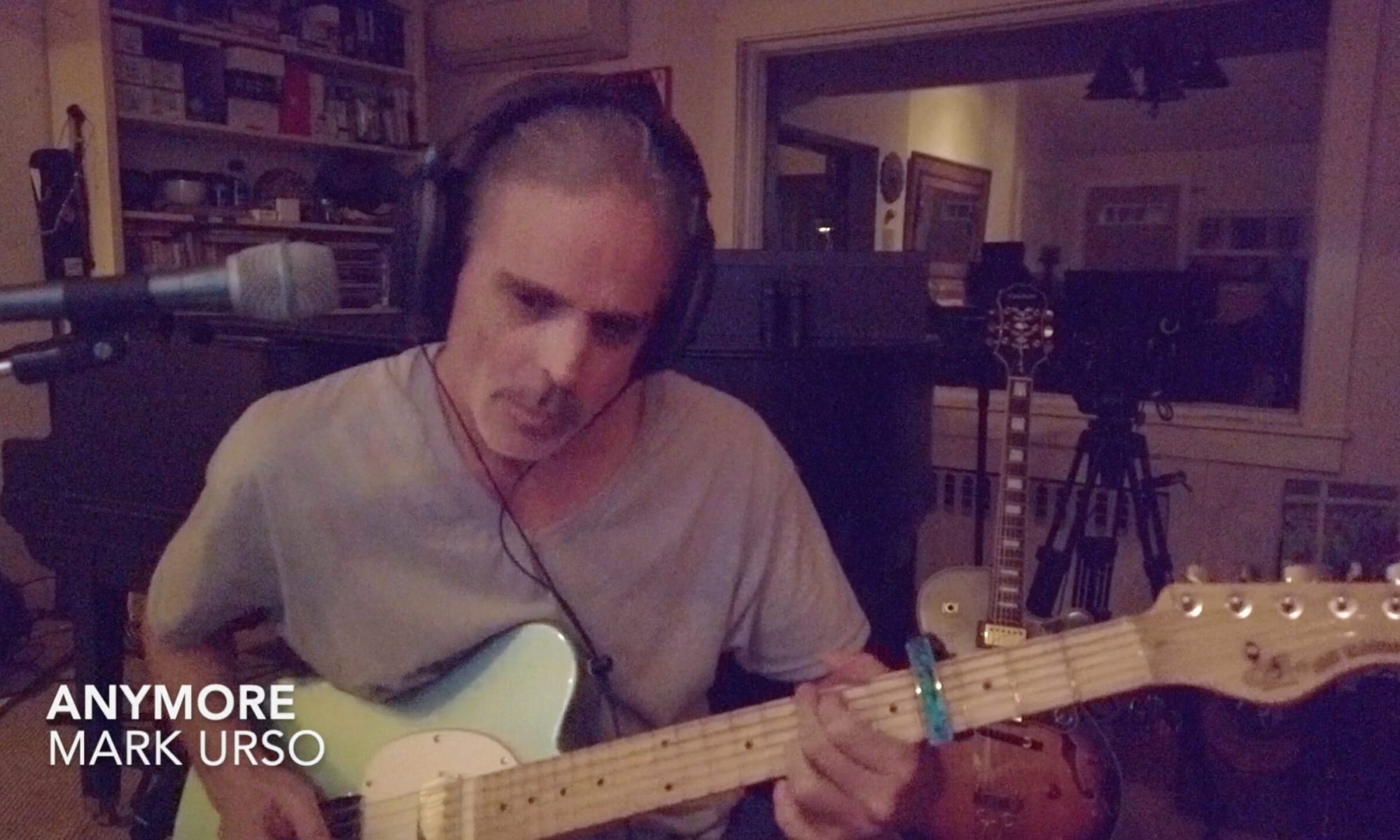 A beautiful song by Travis Tritt covered by yours truly! Country music fans take notice! That means you, dad!

Anymore was released in September 1991 as the second single from Tritt’s album It’s All About to Change. It peaked at number 1 in both the United States and Canada, becoming his second number-one hit in the United States, and his fourth number-one in Canada. The song was written by Tritt and Jill Colucci.

I’m also publishing my “E-Z” glanceable guitar chords for this song. It’s one of those songs for which chords are available on the web, but they are inconsistent, messy and wrong. So I made it look much simpler … which is the reality. Most pop songs are not complicated to play on the guitar. I learned this one yesterday, and am laying it down for practice purposes w/ my band. Regarding the chords (below), like most rock and folk songs, the chords reveal simple repeating patterns, which somehow guitar transcribers don’t seem to see. Part of the issue is also that “Ultimate Guitar,” the site where chords are collected (all “created” by site users) has rules about how they want the chords to look, requiring a chord be placed near the word in the lyrics if possible, and you have to put chords on every line or the system will complain. A popular Bob Dylan song, Isis, has three chords, no chorus, just the three chords, over and over until the end. You’d be amazed how people transcribe the hell out of as if it’s some kind of mysterious musical journey through many unpredictable rhythm guitar chords … when it’s really just three chords, the same three, over and over, until the song is over. That’s it. And that’s why I rewrite them. If you are a performer, you’ll find this is what you need, clutter-free.

I can’t hide the way I feel about you
… Anymore
I can’t hold the hurt inside , keep the pain out of my eyes
… Anymore

My tears no longer waiting!
My resistance ain’t that strong!
My mind keeps recreating a life with you alone
And I’m tired of pretending, I don’t love you anymore!

Let me make one last appeal to show you how I feel
… About you
‘Cause there’s no one else I swear holds a candle anywhere
… Next to you!

My heart can’t take the beating!
Not having you to hold
A small voice keeps repeating deep inside my soul
It says I can’t keep pretending, I don’t love you anymore

My tears no longer waiting!
My resistance ain’t that strong!
My mind keeps recreating a life with you alone
And I’m tired of pretending, I don’t love you anymore

Here’s the EZ Chords for Performers! 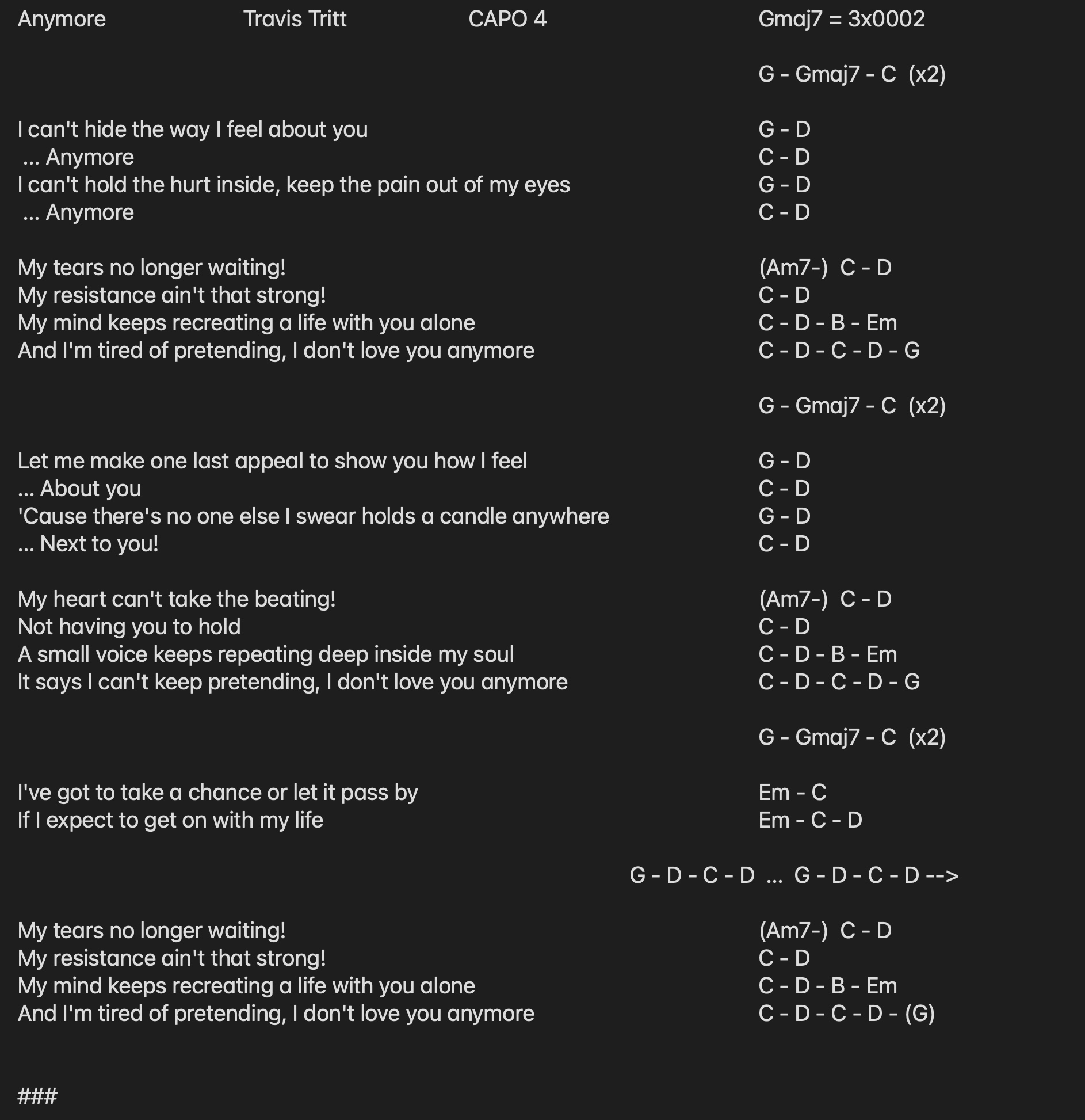 Have a wonderful day my friends!