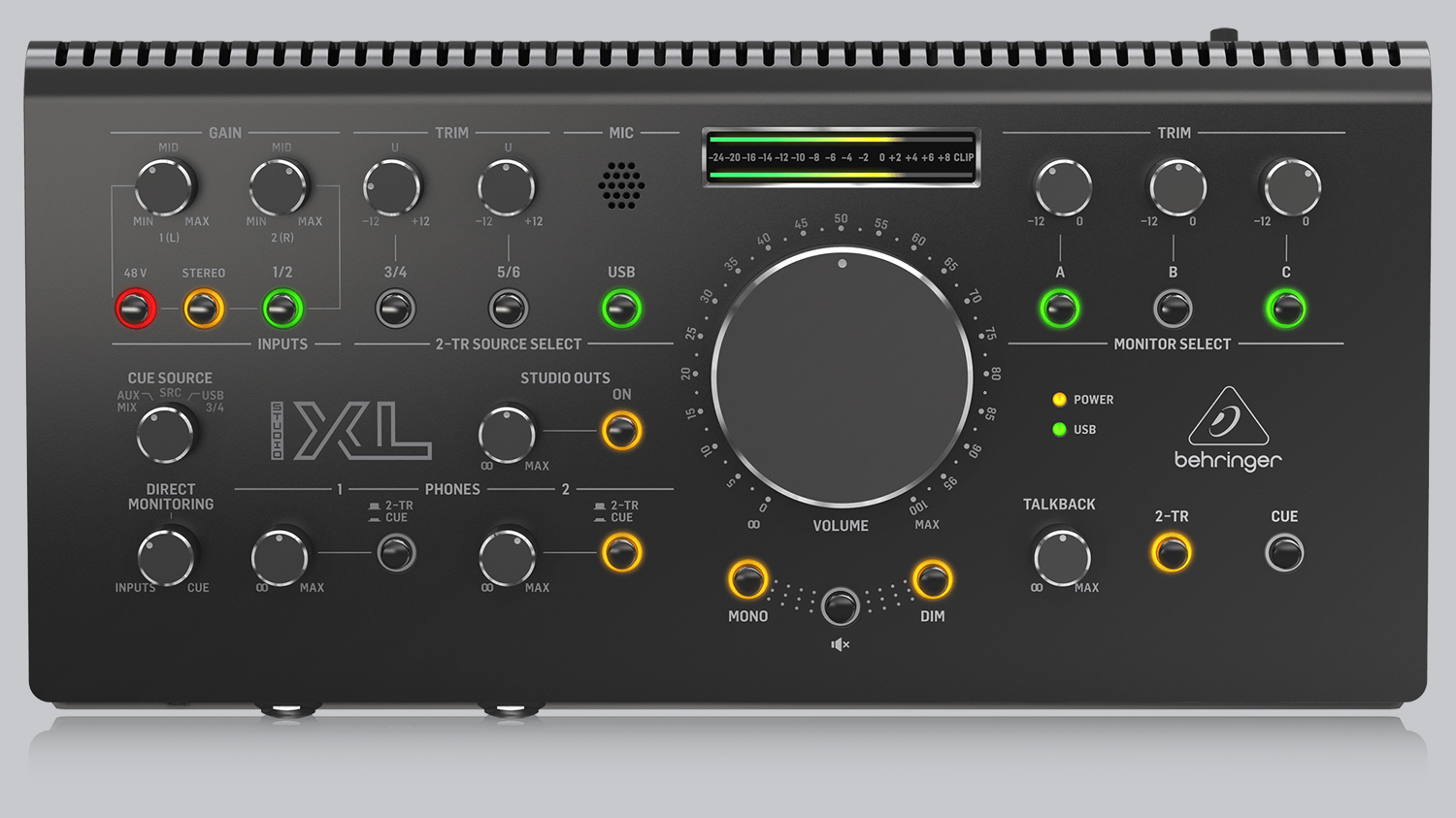 When Mackie came out with its “Big Knob” series of monitor controllers (designed as big volume knobs to save you from having to walk over to your powered speakers and turn them up and down), it was a brilliant invention; and first of its kind!

“Behringer,” a sister of the well-respected “Midas” gear and knob company, has obviously studied the Mackie Big Knob units very carefully, and their new offering, years after Mackie invented the thing, is basically an exact copy of the Mackie front panel layout with active (preamped) volume adjustment added as an improvement. The exactness of the layout copy is impressive. Take a look at the top of the line “Studio Plus,” and “Studio XL.”

The Mackie Big Knob Studio Plus 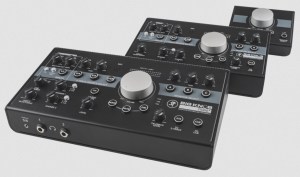 The “Big Knob Studio Plus” was a game changer when it was first introduced to the market by Mackie (an American company which has moved operations to China). I oversimplified its intended purpose – just to save you a trip to the back of your powered monitors to adjust volume – although that is the inspiration behind the whole thing. The lowest-priced of three “knobs” by Mackie was the first thing invented, and it’s nothing but a passive attenuator, meaning it needs no power and all it does is turn “down” the volume inline. This way, you can be on stage and have a big knob right next to you. The little “big knob” has two stereo inputs and two two-channel outputs, and not much more; it’s just a big knob.

After coming out with this genius-simple device, which answers the issue-of-volume created with the invention of powered speakers, Mackie followed up with a powered version, then a bigger one (the “plus”). These boxes added ins and outs and headphone amps, and the outputs all have individual trim controls. It’s virtually a full-on mixing console with 2×4 USB for your DAW. It’s a wonderful device!

But mine broke. Mackie sent me an upgraded USB board which I self installed (for free). Thanks Mackie! I use this device every day!

Then my Mackie knob got scratchy. Sort of inevitable, but because the knob, even on the bigger units, is passive (it is just an inline attenuator), it’s imperfect the way it treats the pairs of output channels, and can be a little glitchy when fine-tuning volume at very low levels. At normal listening volumes, and when you don’t touch it, you’re good to go, and the passive design doesn’t color or effect the sound in any way, which is great. But the big knob design left something to be desired when you turn it down really low, and it’s sensitive to dust.

The scratchiness is a super easy fix with some De-Oxit spray (ten second fix, perfection again). The scratching is normal with any daily-used device, and cleaning required no tools (just get some spray under the knob and work the knob; very easy), but the passive knob may be a little more sensitive than an amped one. It’s worth mentioning none of this applies when using headphones; the mic preamps and headphone amps are pristine.

When I found out about the new Behringer , I was browsing forums to find out where some weird sounds were coming from in my studio; I zeroed-in on the big knob and cleaning did the trick. But while reading, I saw Behringer copied the Mackie units and added a VCA powered output, meaning the “knob” is not passive; it has it’s own mini-amp and should be smooth with steady curves everywhere! Perfect just got even more perfect! To boot, I need learn nothing new if I migrate to the Behringer, as it’s a clone; every single knob and knob label is a copy of the Mackie; also, I’d be moving from Mackie’s famous “Onyx” top-of-the-line mic preamps to Behringer’s Midas mic preamps, which are considered best in the industry! Midas makes some of the best mixers in the world, and in the past 10-15 years its sister company, Behringer, has changed from a low-end brand to a proper and respectable company making quality gear. When the “Music Group” company purchased Midas (they already owned Behringer) in 2009, Behringer underwent a makeover; borderline embarrassing to beauty queen!

Price-wise, Behringer seems to have a few entire horse lengths, as of this writing. We can see the retail price on Sweetwater for the Mackie (the big one) at $450, but the selling price is $350 … while the top Behringer is backordered everywhere with a retail price of $250.

Sweetwater, a music studio and instrument retailer in Fort Wayne, Indiana, has a reputation for being customer-centric, while not bothersome. I clicked the button “notify me when in stock” on the Behringer just out of curiosity. A rep told me I should reserve one; they may have some in March. It’s the end of January now. So I reserved one. Then, one day later, she got back to me and said they have one!

That was easy! I just need to unload the Mackie now, and it’s a great piece of gear, so that should be easy! Looking forward to turning the Behringer up! And down! I’ll follow up with a review!

2 Replies to “The World’s Most Blatant Steal: Behringer (re)Introduces the Mackie Big Knob, and Puts it on Steroids!”