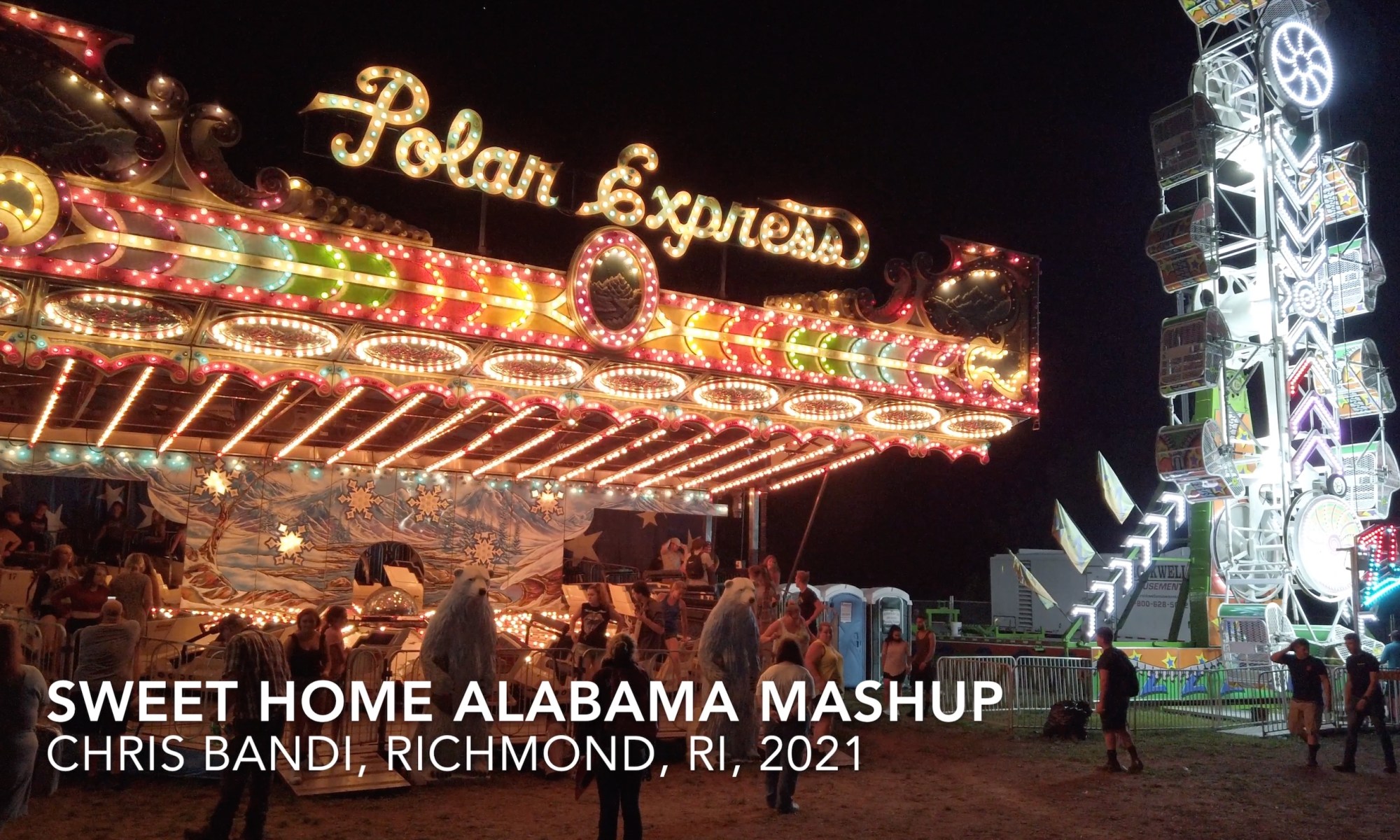 Country star Chris Bandi graced the stage Saturday night at the Washington County Fair in Richmond, Rhode Island. He brought an impressively small band and made some impressively big sounds! Bandi even explained to the crowd his usual guitarist got COVID so this guitarist was a stand-in who learned the songs in a week! With only himself (vocal, guitar) and a guitarist and drummer (no bass), Bandi’s sound was actually an improvement over many much larger bands I’ve heard! (Let’s not mention the night before, when Easton Corbin made the fair audience wait a full 1-1/2 hours before taking the stage!)

Here’s Bandi having fun with an old Skynyrd track about Alabama!

Well that kid’s jazzed! At the end of the song, a young man gets right up to the fence dancing, Bandi walks up to him and flips the fan his guitar pick, which bounces to the ground. Without a thought, Bandi stops, walks back, bends and picks it up and hands it over the fence to the fan. What a classy guy!

Where to start! Watch that drummer! These are three guys who know what they’re doing! Simply a great performance!

This whole show was great, and I’m planning on publishing it all, about 1.5-hours’ worth of great country fair fun, within the next few days.

For you tech geeks, this was shot with an Osmo gimbal camera using its onboard microphones, with no color or audio correction.