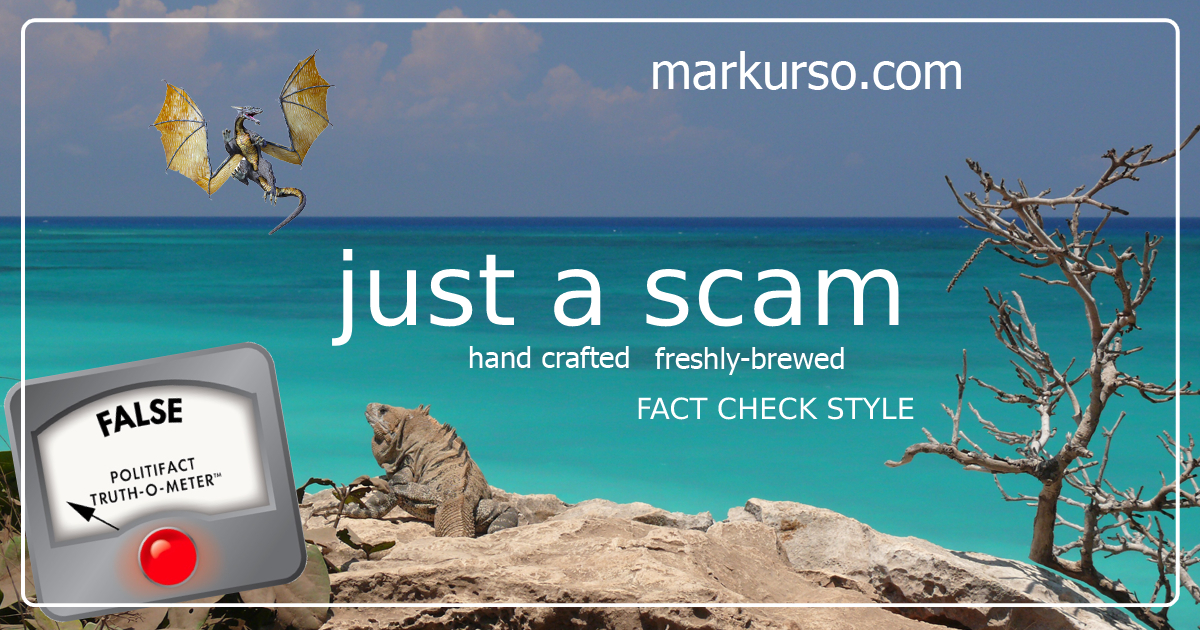 What do you think about Facebook claiming in court that its fact checks are really just opinion?

A Quora Question … and My Answer:

I think the worst kind of sin is when you trick an innocent person who only intends to be “good” into doing it. In this case, Facebook can say it’s just “opinion,” while they wrap it in an official-looking box and place it prominently everywhere … and while they KNOW beyond a doubt people are interpreting the “fact-check” as something so real, studied and reliable that they’ll lose friends over it … 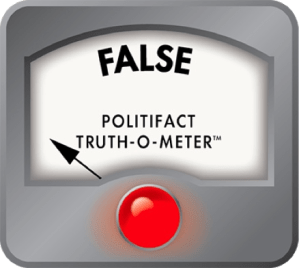 But it is true – it’s just an opinion. Even if you read them you’ll see it easily. They are extremely slanted, especially the “headline,” or the “context” (which the headline creates) – in such a way they’ll check out “Did the Devil Go Down to Georgia to Cause Trouble?” … and put in huge letters at the top “FALSE!” They’ll then explain, in small letters, that the devil DID, in fact, go down to Georgia, but as cited by Charlie Daniels, he was “lookin’ for a soul to steal.”

They’re counting on us not really reading it.

It’s like we’re all stupid for reading too much!

We were SUPPOSED to be stupid by reading ONLY the TOP PART, which told us FALSE! the DEVIL DID NOT GO DOWN TO GEORGIA TO CAUSE TROUBLE.

Then we break up with our spouse over it!

You have to actually look carefully, not just scrape headlines like most people do … and that reality is key. It’s a sin what they’re doing.

When you do look carefully, you’ll see such strange things …

“Did The Criminal Say He Raped 16 Children?”

“Some irresponsible people who should be treated badly if we discover who they are, have been irresponsibly and shamelessly broadcasting misinformation about the criminal, which includes the claim the criminal said he raped 16 children. We looked into this unfounded claim and found no quotes to support it. The criminal did, in fact, say he raped 17 children.”

It’s like word soup! And it really feels like they’re defending something! If you read the details of fact-checks, soon you won’t bother reading them any more, nor believing them. Unfortunately MANY people do not read the details. It seems “they” can do whatever they want, especially if someone gets a digit wrong!

It’s all happening with mistrust, already on the part of the reader!

In a strange way, all fault does seem to point to the reader, but the power of the podium, the power of “authority” to euthanize public opinion via BIG BOLD LETTERS that look official, the power of the owners of the property to lie to us, are all more important than the sin of laziness on the part of the public. We should know better, but when many years, lifetimes, pass and we are never boldly lied to, we don’t believe it when it really happens.

We are innocent, and have gone a bit too relaxed about it.

Maybe the greatest curiosity of all!

But deception is being done to us intentionally. And that is the crime!

We read about important health issues, while major sources of information are censored. YouTube deletes videos if they don’t like them. No-one can do anything about it. And Facebook claims to know things about the devil no-one else does … or it’s their opinion! Sorry, forgot!

Fact checking, while made-up opinion, is intentionally veiled in fact.

It is an opinion! A sloppy, misdirected and ill-intended opinion. Maybe what a judge should focus on is what was the intention?

Does calling it “FACT CHECK” sound deceptive? Fact is the exact thing it ISN’T. That’s on purpose. That’s the trick. If a judge doesn’t see that he’s blind.

It’s their opinion! That’s almost worse! The official opinion of Facebook is “we are deceptive and our agenda supports censorship.”

Once again … What was the “intention?”

And they do! That’s MY opinion!

Original question (as answered above by Mark Urso): What do you think about Facebook claiming in court that its fact checks are really just opinion?