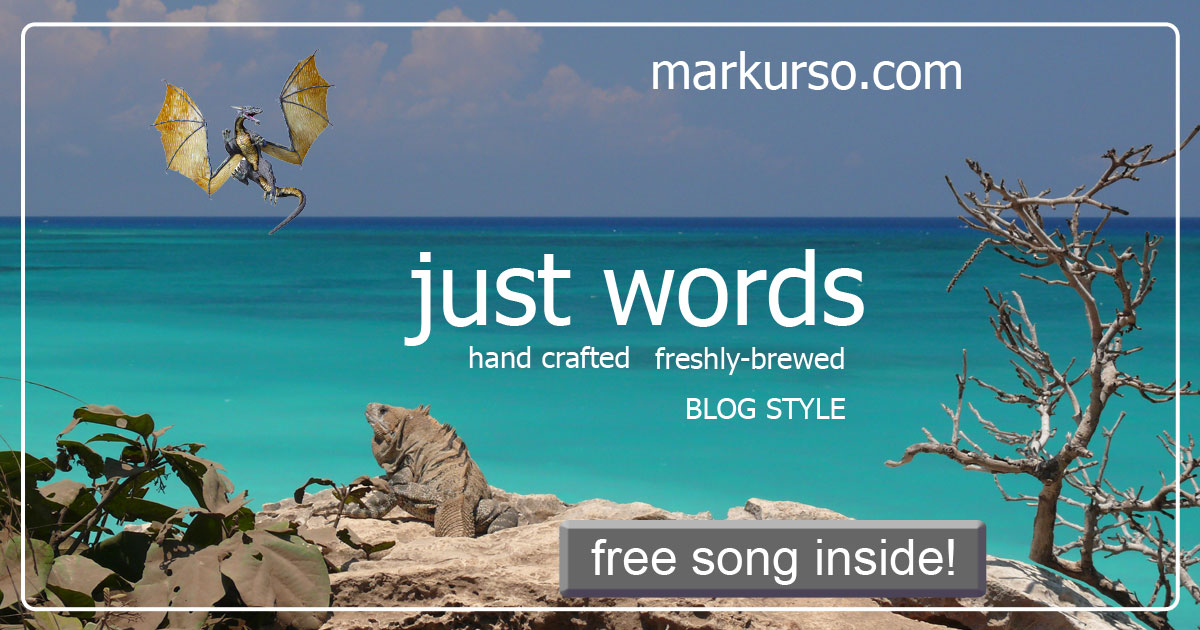 It was 1980. Hair was big. John’s last name was Cougar. Apple computers didn’t exist. Diana was engaged to Charles. Rambo was just a twinkle in Stallone’s eye. And I was a disc jockey and newsman at WERI AM/FM in Rhode Island.

I came home every weekend from Boston College to work on-the-air. I missed a lot of Friday night parties at school, but thankfully the student body started every weekend on Thursday.

I didn’t have big hair, but a lot of popular musicians did. I loved throwing Frisbees with my friend John Cavaliere in the square, where the girls could possibly be watching from their dorm room windows.

We were very good!

On WERI-FM, we made hits of locals and regionals, like radio should. I would eventually become Program Director of another Providence FM, playing album rock, and my early roots had me co-managing the little campus station at Portsmouth Abbey School, WJHD.

Radio would be a 25-year career for me.

In 1979, Rick Rockwell was PD at WERI-FM, later to be renamed WWRX and powered-up to the max 50-thousand watts. We were 16-thousand and stereo in the early 80s, and things were changing fast.

The history of radio surprisingly fits huge changes into short time spans. In the 1970’s – it sounds wrong – FM radio was not important. Everyone listened to AM, which was “full service,” and hit music was played on AM. The FM band existed but people didn’t listen to it nearly as much as AM. There were no formats. There were only two types of music: pop and country!

Pop music was Billboard top 40 and top 100 (Casey Kasem did the top 40 show) but music wasn’t divided into Adult Contemporary or Heavy Metal (etc.) formats yet. Most music (on AM) was a mix ranging from Count Basie to the Beatles and Frank Sinatra to currents like Linda Ronstadt and some disco.

FM had yet to be born. We had an AM/FM combo and sold ads only for the AM – we just simulcast the AM onto the FM, so if you bought an AM ad it also played on FM for free.

We broke the FM away in 1979 with a new staff, starting a new station (which already existed; we just broke from the simulcast), which we’d market and sell independently of the AM. FM had superior sound quality and stereo capability, and we played rock music.

At first we all brought in our own records. We developed the format based on everybody’s tastes. Rockwell would stick a big paper label to the front of every record where we’d write down when we played a song. It wasn’t a lot more sophisticated than that. My friends would come in and ask me to play things!

It was not until this time, the 80s, that FM became a sellable property. In following years this trend became firm. FM stations, broadcasting high quality music in stereo, would become so popular by the 90s it seemed odd anyone ever listened to AM, which was relegated to just talk (and full service).

The music party flourished on FM for 15 years.

In 1995, WWRX would make history under my brother Philip’s leadership by doing what no-one dared do – take the music off the FM … and replace it with modern talk radio.

Talk radio shows are rampant now on FM; but in the 90s it was nearly a sin to talk too much on the beloved venue for audiophile music lovers, the FM band. Any kind of talk, including and especially sports talk shows, was only ever heard on the less-good-sounding AM band.

But WWRX would be an important seer of the next big change, the one that’s lasted until today, when you can’t turn on an FM station in the morning anymore and hear a song – everybody’s doing FM-talk now.

Shock jock Don Imus was one of the most popular radio talk show hosts with his “Imus In The Morning” since the 1970s. In the early 90s the show was only on New York’s WFAN (AM sports talk). He began syndicating in 1993.

WWRX (Westerly, RI) was Imus’s first FM station. At the time Imus tried to ease the transition from music to talk by playing a few songs during the show, Delbert McClinton being his favorite.

More FMs would follow suit and sports talk would enter the picture. Talk radio became the bane of the morning for commuters looking for just a nice song.

And it’s still that way.

When I was an FM PD we rotated 2000 rock songs. A typical hit radio format rotates as few as 500, going for repetition and short listen periods. We had a lot of fun, but only in retrospect can I appreciate the rock and roll heyday we enjoyed when we broke away from AM. 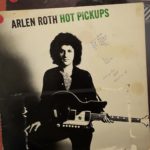 I’ve dug up a couple records from those days … when hair was big … when FM came into its own. I recently came across two Arlen Roth LPs, “Guitarist” and “Hot Pickups.” It was like holding history in my hands. They’re the very same records I played on the radio!

Roth’s a living legend, a technical Telecaster slinger who’s worked extensively with Simon and Garfunkel and for 10-years wrote for “Guitar Player” magazine. He performed and taught Ralph Macchio guitar for the 1986 movie Crossroads; the movie-makers chose him to demonstrate the best a guitar can possibly be played.

The handwriting on “Hot Pickups” is from Rockwell and jock Bill Van Bloom, and the tape marks show where the play chart was stuck on the front. The red dot indicates the record was preferred, to play heavy. 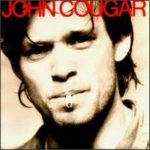 I remember Cavaliere at school freshman year showing me a record with a man’s face on the cover with a mean look and cigarette, and big letters that said “John Cougar.” The artist had rejected the name his label gave him, “Little Johnny Cougar!” This was his debut, and although sugary, was considered “alternative rock” at the time. He would change his name two more times – adding Mellencamp, his real name, then later dropping “Cougar” entirely.

Things change, but the good parts remain. Some, like old records on the shelf, are still the same.

Turntables are enjoying a resurgence!

And so my friends, and mentors, Little Johnny … Lexie and Arlen … it’s time to embrace the things that haven’t changed. Again.

Maybe we can all meet on the radio some sunny mid-afernoon, after the sports show and birthday announcements, but before the on-the-tens weather update.

I have lived a life of higher fidelity than I could ever have imagined, seen the fast pace of change, and played some sweet Dead songs on-the-air for my friends. I am amazed at the flexible nature of life … and will ever … be … Grateful.

3 Replies to “The Old-Fashioned Radio Show”