what did you put on your pancakes today?

I don’t care what color you are, or your sexual orientation or preference. You might, but I don’t. Never have.

Except for one thing; I can’t say anything anymore. I can’t criticize political leaders or their decisions. It’s hard to even read the news. While it’s not okay to criticize certain people, even if they work for us, it IS okay to call a random stranger a racist. And that’s because of political correctness.

I’m not sure if it’s correct.

Who came up with this? Where did it come from? Political correctness has snuck herself sideways into our landscape, our language and our homes. Our TVs will never be the same.

We can never eat pancakes with Aunt Jemima again! 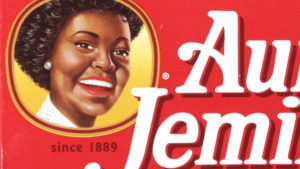 Why? What’s wrong with Aunt Jemima? I loved her. She was a sweet woman.

How long will we allow the career victim, the perp of this useless and sad tale of woe, to tell us what we can do? I never meant ill to a soul, in my whole life. That’s how I was brought up. And I won’t entertain the possibility that you know more about that than I do. I’m a nice, usually politically-correct guy.

When I was younger, growing up in the 1970’s and 80’s, there was no such thing. The tacky phrase had not yet been coined. Who and why, what’s it for, who’s it for … were questions never asked, because it seemed one day to emerge as a fad. But many years-later, political correctness has been modeled, molded, into a proper coat hanger for evil. Little old nice guy me, and maybe you too, never saw it coming, but in hindsight political correctness was never intended to correct anything, nor make the world a better place. It was invented by evil protagonists as part of a slow, long-term, stealthy plan to topple America’s greatest asset, freedom of speech.

Who benefits from political correctness? Not me. I’m a white guy from New England. I can’t criticize certain people. Back in the day I could. You know why? Because I felt like it. Everyone was treated equally by me, and that was normal. Because no-one I knew cared what color you were, and we were all in favor of opportunity for minorities and women; how could you not be? We had no idea there was an unholy element wanting to muzzle us forever.

Barack Obama. What’s the first thing you think of? Black guy, huh? Can I say that? I’m never sure anymore. 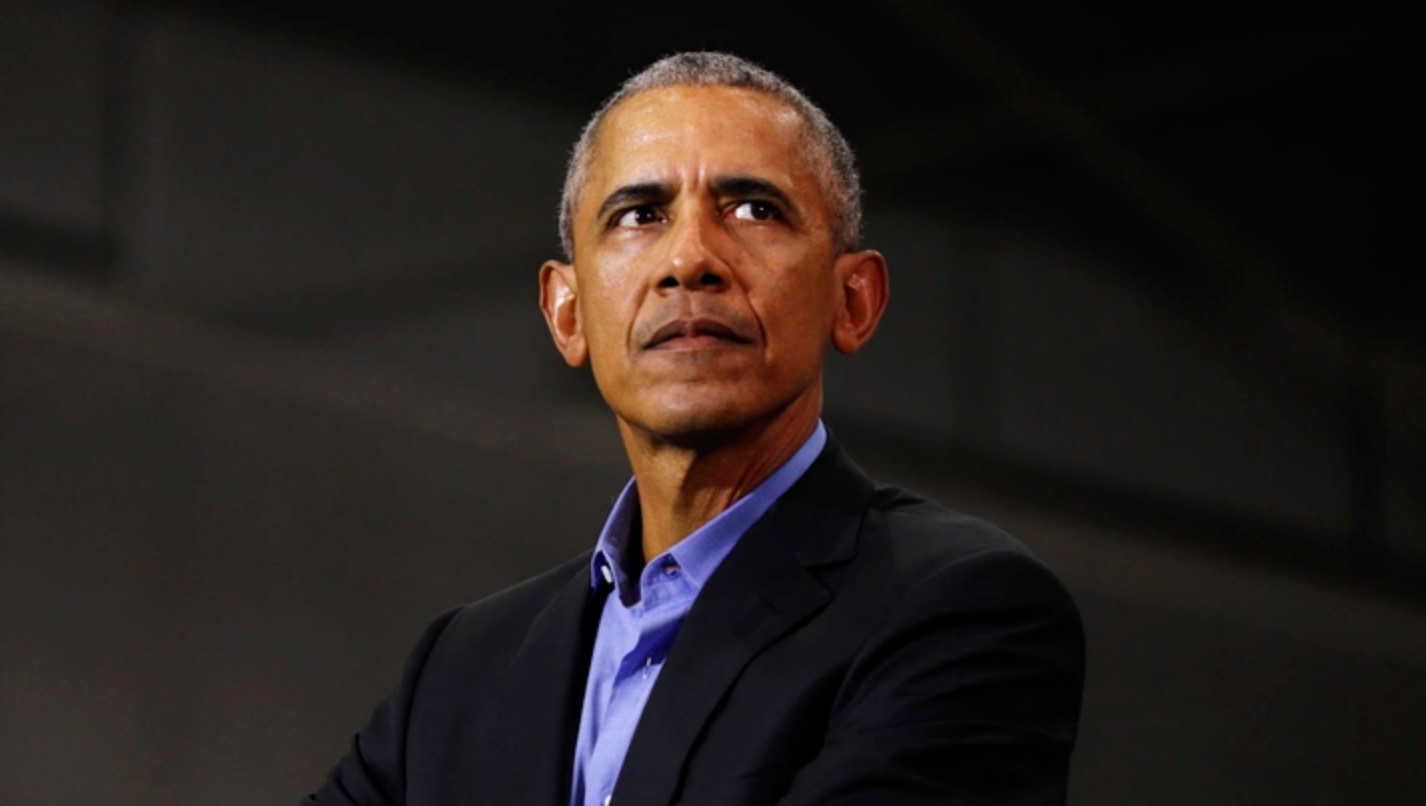 Can’t say much about him. He may be the most corrupt person to ever gain fame; he may, some silently believe, be the devil incarnate. I probably can’t say that, though. It’s others, other people, not me.

I can’t criticize hard work done by my employees (or my boss) if I can’t criticize the ones who are minorities or women. How does that work? Am I supposed to be nicer to some people than others? If the President of the United States doesn’t do a good job, am I a bad person, all of a sudden, for saying it out loud, if the president is a black man? Don’t we all play in the same sandbox? Isn’t that what it was supposed to be about? Equality?

But it’s not. It’s the opposite.

Political correctness is probably, usually, incorrect. It’s based on something that’s always been (in my experience) a fairly rare circumstance, but we’re supposed to think of it at the top of our minds, all the time. Having an opinion these days is like walking on broken glass.

I polled some people randomly, using Quora, asking their opinions.

Philip said “political correctness is the deliberate destruction of tradition.”

Richard said “I’m totally against it as it puts a muzzle on honest debate!”

Kimber said pc is “an important reason for the current political divide.”

Steven said “I’ve been against it for most of my life.”

Gary was not in favor of pc, saying “it limits free speech,” adding “Free speech is a God given right ! Don’t let anyone tell you different! Don’t let them take it away! If they do it’s just another step towards communism!”

There were few variances from these kinds of opinions (at least so far).
So let’s exercise our real rights, as Americans, as citizens of the globe, and as humans: Free speech. They don’t have it everywhere; it’s not a “God-given right.” God has not intervened in any way, and won’t, and He never endorsed free speech either; that’s an unnecessary emotional layer I’ll peel back right away. The moment we add emotional speech, we end up being emotional. God loves emotion AND freedom; He doesn’t care how we put them together in a box, or if we don’t. But we’ll get better results if we keep our heads as balanced and clear as possible, and use our brains to figure it out.

I hope that’s not a problem.

These days, you can say emotional shit, insult people and downright lie (as long as you’re emotional). You can state opinion so strongly it causes riots, then you can wonder what the rioters are actually thinking. As long as it’s emotional, though, you don’t have to worry; the mayhem will be seen as infectious do-gooding, and will never be traced back to you.

These days, you can be a criminal in broad daylight, you can rob Saks Fifth Avenue with no repercussions, and light half a city on fire. As long as you do it with passion.

But if you have facts, well, let’s remember political correctness. It doesn’t apply to emotion, just facts. And most facts, we’ve found out the hard way, are great information for some, but a tad too much for others to swallow. There might be someone on the “looking bad” end of the facts. So keep your mouth shut, especially if there’s any women or minorities even possibly involved (ever, even thousands of years ago).

That’s where political correctness has gotten us.

How ’bout I tell you what I think about Barack Obama? There’s a guy on Twitter named Dan Bongino; today his post says “It’s Thursday, August 27th 2020, and Barack Obama was the most corrupt President in US history.” He writes that same post anew every day! Dan’s seriously stretching his freedom of speech. See how, though, his words immediately collide with “political correctness?” I’m sure we’d all be better off without it.

How can a minority ever get feedback on how good a job he’s doing, when he suspects he was hired (or elected) by virtue of politically-correct emotions and laws designed around those emotions, and suspects his most staunch critics are probably keeping quiet? Is that fair? I don’t think I could possibly do a good job, public sector or otherwise, if people couldn’t feed me back. Others apparently think “Awww, but it hurts!”

My brain thinks, allowing anything to happen, good or bad, is not the same as being nice to everyone.

Obama is creepy. That’s the first thought I have about the guy. But my thought lacks weight and is devoid of fact. Years-ago, millions of us (me included) couldn’t help feeling emotional when we watched this black man (who looks like a white man) stand up and accept his win in the race for US President.

He looked pretty good. We were hopeful that open-mindedness was running the show, and hopeful Obama would be smart, fight for us, and protect us.

No laundry list is needed here. All I have to do, years-later, is think about the many times Obama displayed to the world that he doesn’t like the United States. This photograph shows him refusing to put his hand over his heart during the National Anthem. What’s wrong with this guy? What an ass!

How on earth is that okay? 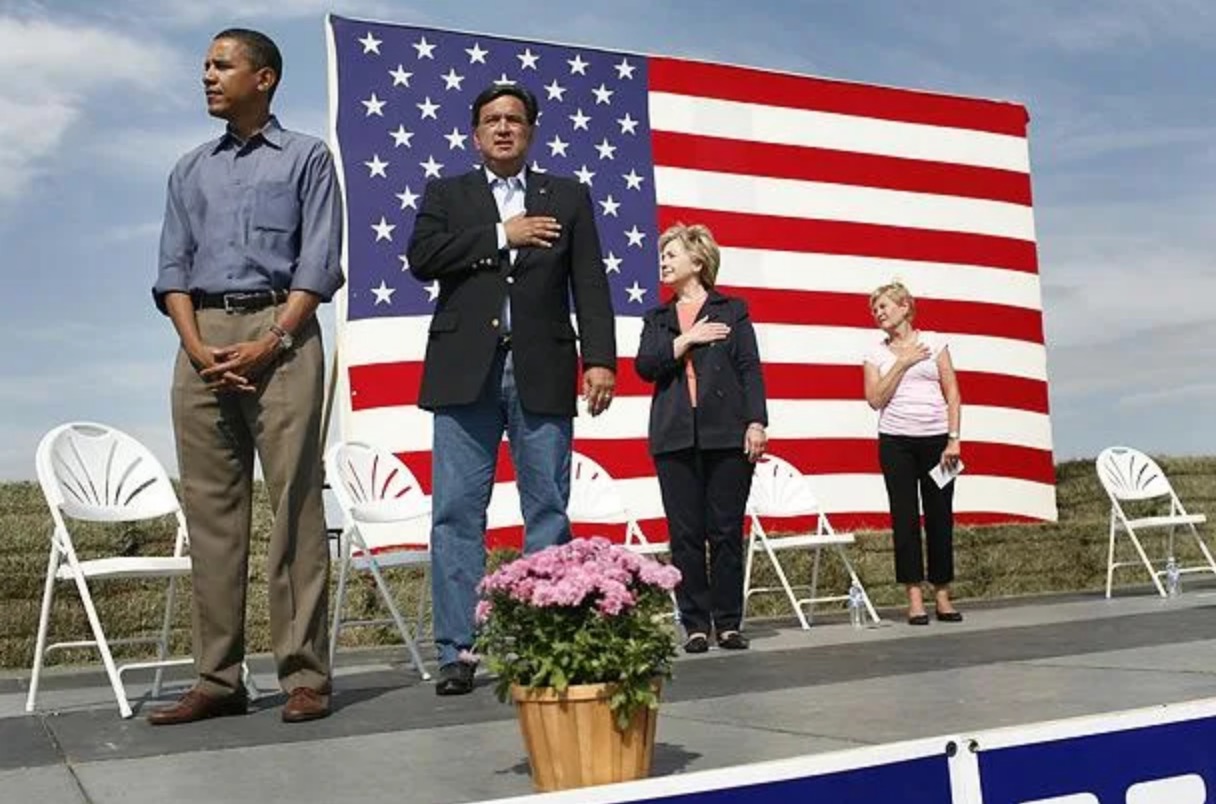 The photo may be misleading, though, right? Ahh, nah. I got it from snopes, a website dedicated to debunking things, and they admitted they couldn’t debunk it.

Yea, it’s a big deal. You don’t have to be emotional, fact-based, liberal, conservative, even American to easily understand it would be best if the President of the United States liked the United States.

He famously apologized for the United States. He’s embarrassed about the United States. It makes people wonder where’s he’s from, a can of worms for another discussion, but a worthy discussion. But we don’t. Nope, we don’t discuss any of this stuff day-to-day. Because he’s black. Leave him alone!
I’m sick of it. I still haven’t launched an American flag at my rural home because I don’t want anyone to burn down my house. Political correctness has evolved into anti-patriotism. And you can’t say anything about it. That’s the root of the problem. It’s a taproot directly to hell.

I’m proud of America. So is Donald Trump. That alone is enough.

I don’t care what color anyone is. I’m proud of American principles like free speech. If freedom of speech is to live, its vine must overcome the vastly invasive roots of divisiveness we call “political correctness.” No-one, not the privileged or under-loved, will ever survive its smothering stranglehold. Speak out freely, as you’re used to. Don’t allow victims to bring you down to their level of thinking, which dictates the most vile human must be respected the same as all others. Do you really feel that way?

Political correctness is a lie, intended to pave the way to divide society. And it’s working. It’s impressive how deep it’s dug itself into American culture. I pray we can all have opinions, for the rest of our lives, and so too with our children and their children. I will be a patriot as long as the nation stands.

Let’s not be so smart that we kill ourselves in the process. Humanity is not intrinsically bad, and shouldn’t establish principles based on everyone being wrong. Stand up for your humanity. And everyone else’s.

One Reply to “Racism And Political Correctness”