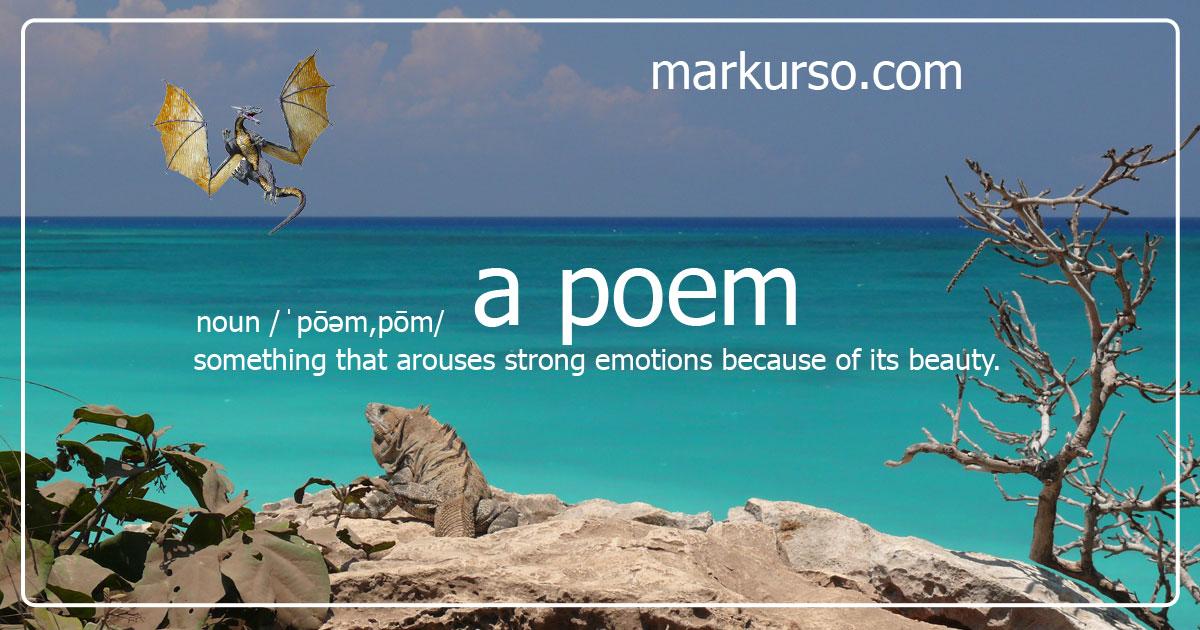 If a Dog Walked Into a Bar

She doesn’t smoke, because it’s addictin’
Somethin’ she learned when she was just a little kitten

Besides, unless he’s an unusual bloke
Most of the dogs I know don’t smoke

But does … he walk in the bar on two feet?
Waving around his cigar?

Do you think a smoking dog
Would have a fancy car?

And you know when you phrase it that way
I can see him walking this way!

But doesn’t he have little glasses too
And maybe a stick that he uses to poke?

Does he trip on his tail, after chugging a few ales
‘Cause if he ruins the joint, the cigar ain’t the point!

I can tell by the look in his eye
This puppy has come to play!

This place, ain’t got no rules
And the dog’s gonna elaborate!

And I think the cigar adds a glam touch, eh?
Makes it look, like he’s got somethin’ to say!

And when you look right into his eyes
There’s probably going to be a punchline!