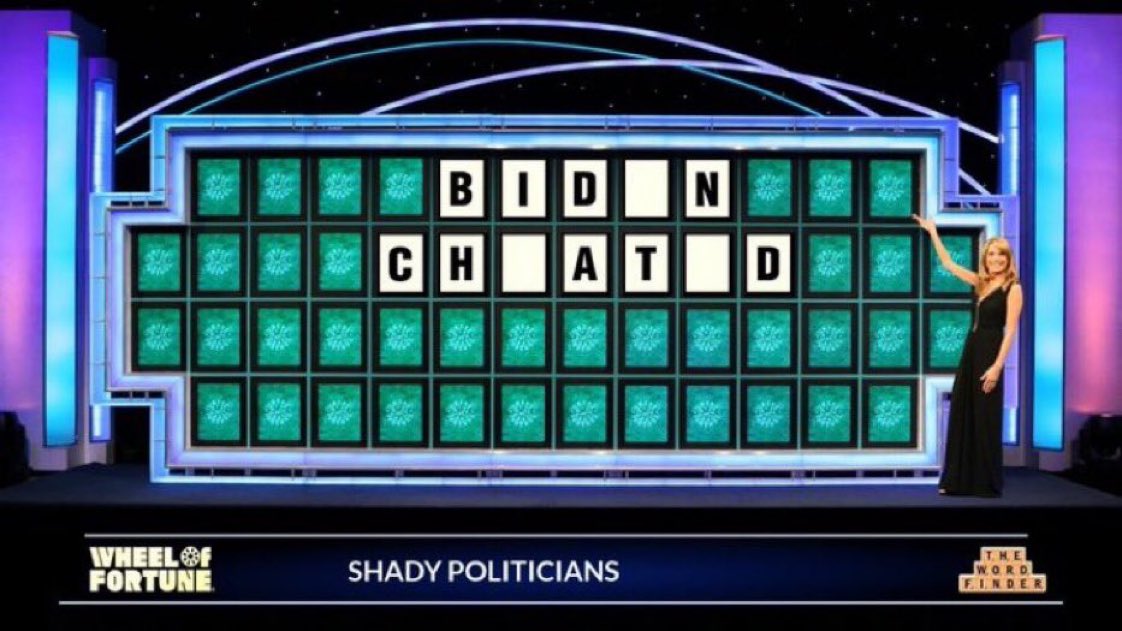 Please either buy a vowel … or just go right ahead if you think you can solve the puzzle! Prizes will be awarded in the form of life, liberty, and the pursuit of happiness! Good luck!

The hashtag “BidenCheated” made its way through our favorite social media platform, Twitter, today, surprising many users, who’ve gotten used to any criticism of the pseudo-candidate and soon-to-be-prisoner, the thug who called the President a clown on TV, an innocent fan a “dog-faced pony soldier,” and thousands of soldiers “stupid bastards,” being censored and hidden away!

But new stuff coming out is fresh and surprising!

The headlines are telling us today (Friday) a federal judge dismissed one of President Trump’s lawsuits regarding ballot fraud in Pennsylvania; it’s easy to find today, all over the headlines. But there’s not a single mention of a much more important development. Not a single mention in mainstream media, but Gateway Pundit reports:

This is big, as Trump needs only relatively few votes to change the whole picture, and allegations we’ve heard are about tens-, sometimes hundreds-of-thousands of votes in question. Just one key decision in the courts will be, soon, all that’s needed. So, with two famously-qualified teams working dozens of cases and appeals at different levels in states all around the country, it would be pretty easy to find a lost cause to make a big deal about!

The Real Losers of the Election

The real losers, unfortunately, are the ones who couldn’t get the puzzle, the ones who don’t get that Biden Cheated … but also, the rest of us, too, when the media acts unfairly. They’re not telling us the news.

But the game still can be fun. And reality still exists!

Besides this blog site you’re on now, here’s some more options:

And there’s always YouTube, which has developed a reputation for sometimes slapping users but usually leaving their videos up, even if they’re considered questionable for some reason, and Twitter and Facebook, two big sites which have been run like auto-driving cars by lucky college kids for, well, too long it seems, which are both headed for the junkyard solely because they can’t get a grip on how to stay out of the way of reality and truth.

Thanks to Matt Couch (@RealMattCouch) for the Wheel of Fortune bit!

And, of course, thanks to the lovely Vanna White for playing!