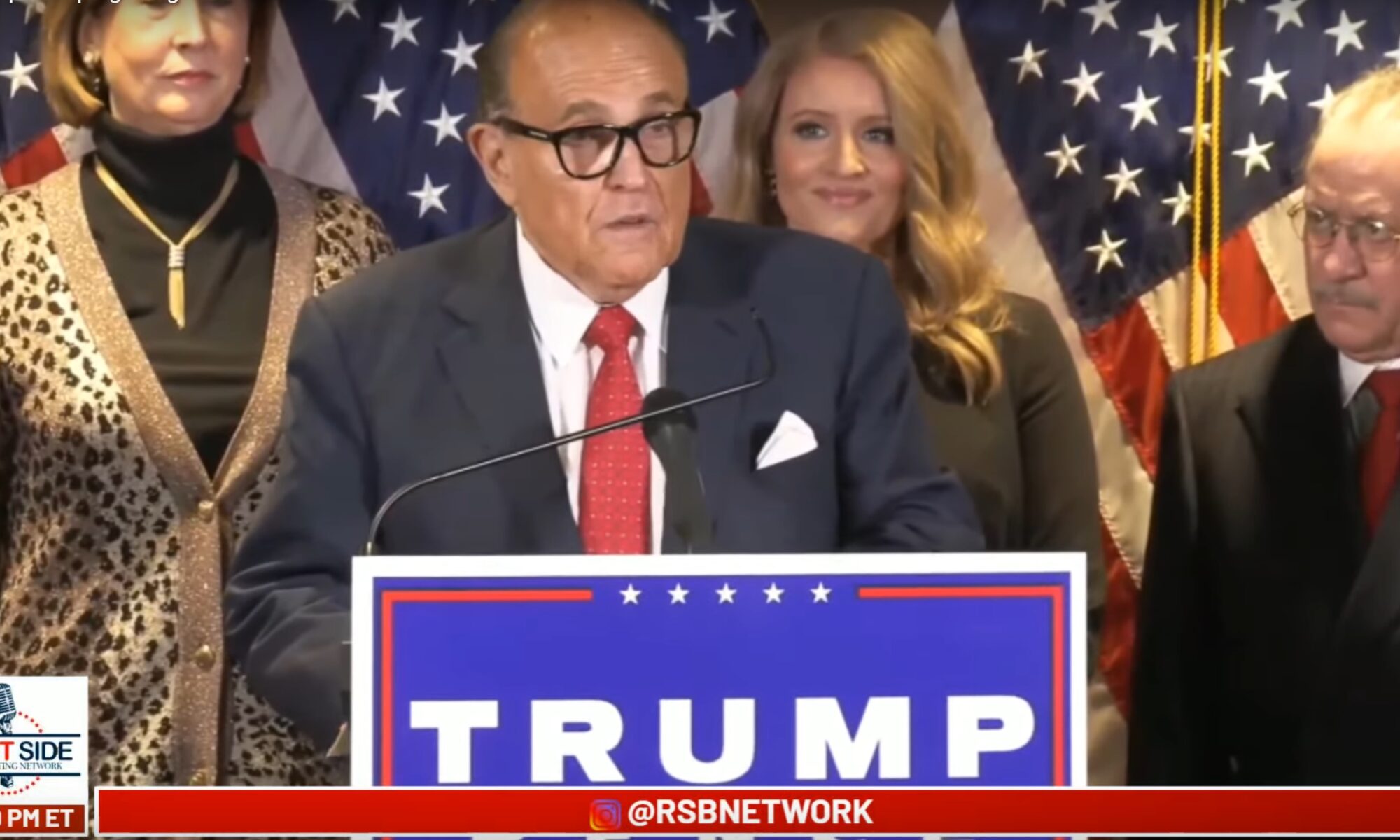 Top Trump officials working on voter fraud tried to take reporters to school during today’s press conference. Many of the points made would seem elementary to a normal patriotic citizen, but still, much seemed to fall on long-dead, long-deaf ears, of a media pool in attendance that did it’s best not to actually throw bricks at a legitimate attempt to find legitimacy.

Rudy Giuliani, a long-ago Democrat, then Independent, and Republican since the 80s, placed this month by the President in charge of lawsuits related to alleged voter fraud in the 2020 United States presidential election, said “As we started investigating … what emerged very quickly is, it’s not a singular voter fraud in one state. This pattern repeats itself in a number of states; almost exactly the same pattern, which to any experienced investigator would suggest there was a plan from a centralized place to execute these various acts of voter fraud, specifically focused on big cities … big cities controlled by Democrats … and big cities that have a long history of corruption. The number of voter fraud cases in Philadelphia could fill a library.”

Both Giuliani and counselor Jenna Ellis (Senior Legal Advisor to the Trump campaign) were heavily critical of news media, directly addressing reporters in the room during the event. Ellis attempted to buffer implications the cases are weak and lack evidence, simply explaining there’s a process.

Ellis said “This is not a Law and Order episode, where everything is neatly wrapped up in sixty minutes. For those of you who are here in this room or have maybe tuned out in other networks, clearly you’ve never been court reporters.”

“All of your fake news headlines are dancing around the merits of this case, and are trying to de-legitimize what we are doing here. Our objective is to preserve and protect election integrity. It is not about overturning an outcome, it’s about making sure election integrity is preserved, and every American should want that.”

She told reporters “Your opinion does not matter. The facts matter, the truth matters, and if you are fair reporters, you will cover that fairly and appropriately and you will allow coverage of our media team and our legal team. That is absolutely shocking that all you cover is around the margins.”

“If you are not willing to talk about the evidence that has been presented, then that is absolutely unacceptable for journalistic standards. This is an opening statement. This is something where we have told you what the evidence will show, and we have given you a brief description. That happens in a courtroom all the time, where that’s not the fact-finding process; that is just an overview. The American people deserve to know what we’ve uncovered over the past couple of weeks. We are a nation of rules, not a nation of rulers.”

Headlines after the event from the left-leaning media focused on the fact Giuliani was sweating. That’s how they responded. During the press event, Giuliani appeared strongly convicted and animated, describing connections between voter fraud and Venezuela, the Clintons and Soros.

And yes, he sweated!

While telling reporters in the room “I don’t know what you need to wake you up, to do your job, and inform the American people, whether you like it or not, of the things they need to know. This is real. It is not made up. There’s nobody here that engages in fantasies. I’ve tried a hundred cases; I’ve prosecuted some of the most dangerous criminals in the world. I know crimes; I can smell ’em. You don’t have to smell this one; I can prove it to you eighteen different ways!”

“I can prove to you that he (Trump) won Pennsylvania by 300-thousand votes; Michigan by probably 50,000 votes!”

Most members of the press, on the ground, in the field, are just as complicit in efforts to convert America to communism and instill chaos as Antifas who punch women and kill cops. They pulled us all away from each other so we can't have conversations. https://t.co/B3RWaxNSep

Shortly after the event ended, viewership on RSBN’s feed on YouTube registered 979,983 views.