We’re given infinity; we’re given it as children; we like it – it’s fascinating. The same ideas we’re trying so hard to blow up are so familiar to humans they’re like instinct, like a kid fascinated with the size of a grain of sand, like gazing at the sky, almost as if, if we figured out the concept of infinity, by studying the size of a one-dimensional string, or the universe; if we “blew up” infinity, it would be like blowing up the universe as we know it! The unknown is so familiar it’s embedded in the way we understand the universe, almost as if we understand the unknown; and the way we understand it, it’s definition, is an “unattainable” quantity or size; it can’t be blown up! “ 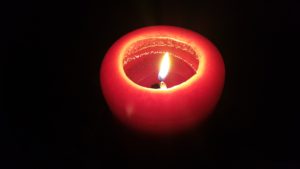 As humans, most of us don’t even understand how our own bodies work. But this is natural. Organic life is a precarious balance, and, while the study of the extreme and unimaginable is fascinating, it’s not really all that helpful. If a human sought to learn about even just his own body, which he owns and “controls,” to the extent he became concerned about every single breath he takes, he’d be in very bad balance and probably seem to be unnecessarily afraid. Why we’re studying and what we’re afraid of turn into, in this example, an endless loop. Many things we’re studying we’re looking at because we want to, not necessarily because we need to.

Infinity is much easier to discuss as a philosophical concept than mathematically. But the philosophical view is important, because our eyes are open – we can see the sky – it’s right there!

Can we see comets? Yes! Do we think they’re fascinating and want to know more about them? Yes! Is it worth time and money? I think so, yes! Do we think it’s possible one’s going to crash into the planet and eliminate all life on earth? Unfortunately, yes!

The game changes, though, once we start talking about the unimaginable. Do we really think a comet is going to strike earth, considering history shows us millions of them in orbit around us, over millions of years, have done remarkably little damage? Everything we do, including building telescopes, is done assuming a comet won’t destroy our project before we finish it! There’s plenty of time!

We operate on the basis a comet is not going to crash into Earth! Humans are not obsessed with catastrophe, but rather, fresh in their collective mind is the friendly face of John Kennedy championing a video camera on the surface of the moon, and years-since of high quality color images of a magnificently-colorful, but still pretty-innocuous, cosmos!

Maybe the value we seek in cosmos research is more like a reality TV show, or documentary in beautiful 1080p, based not on the concept we’re going to get crashed into, but that the universe is fascinating and beautiful! Maybe writing the script for a movie … where we spend billions of dollars trying endlessly to solve the most complex math we can think of, in an effort, we stop work for just a second to tell you, to save the universe, just in case this math works out someday, and just in case the universe ever needs saving … would just get you an industry flop!

While we’re on the subject, in the popular comedy “Scary Movie 3,” in a scene about aliens, the TV anchor says “Only one thing’s for certain … we are all going to be killed!” The character played by Charlie Sheen replies “We have to board up the house!”

If a comet eliminated all life on earth, there’s really only two questions: could it be prevented, and, if not, does it matter, ‘cause along with all life on earth would be eternally destroyed all the studying we’ve done, and all our telescopes. The comet wins.

Ultimately, in our every day lives, are we worried about it? No.

But what about preventing it? The idea that a comet does threaten us and we, based on scientists (along with Bruce Willis, perhaps) having prudently prepared, save the human race, is imbued with drama, but not so much science, not today, not yet, anyway; it’s the very definition of far fetched! What would the world think of itself, having altered the trajectory of an asteroid, manipulating outer space, to save itself? Who would we owe our lives to? Would we become a rogue race, destined to be pummeled by the next asteroid, living on a big, round target?

In the strictest philosophical structure, humans “know” the universe exists “as we know it” or can see it, and expect it to continue to exist similarly to how it has in the past. It’s not elusive, it’s magical! We allow for the possibility of a gargantuan change, but most of us consider it out of our purview (or field of worry). That there are parts we may never understand is no surprise!

(Above is from the forthcoming “Nothing” by Mark Urso)

Please let me know what you think in the comments!