What scientists are studying is ultimately subjective, and maybe the only walls they’re hitting are those of interdisciplinary diversity, open-minded purpose, and perspective.

The subsets of subjectivity show us the world as a mostly-measurable array of sound, light and color. Rhythm, as in heartbeat, vibration, harmonics, and the entire electromagnetic spectrum (visible and otherwise), is an important element of the everything question. 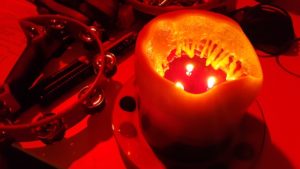 Photons, the elements of light that cause color, are everywhere! They are massless, yet still affected by gravity, have angular momentum, and can impart energy and momentum to matter with which they interact. And by their nature, they impart vibration.

Light is the fabric! Because of it’s multi-timbral nature, it’s hard to deny light probably carries more information than we know! And most of this electromagnetic radiation is (quite usefully) invisible! Is the answer in the photons? Organic life depends on them for its existence, and its perception of its existence!

It starts to feel all very one-and-the-same. 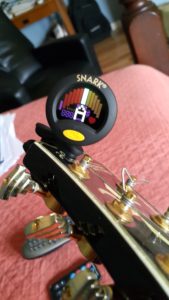 Well-known autistic savant Daniel Tammet, while being tested with complicated math problems, told interviewers he could see the numbers as shapes and colors in his mind. In 2005, the Autism Research Centre determined Tammet had synesthesia, meaning he associates numbers (and for some autistics music) with color!

Researchers don’t seem to understand the system of organization used to sort and assign letters and numbers to colors in the mind of a synesthete, the realtime associations – specifically why one savant chooses one color for a number, but another chooses a different color – while of course the association may be unconsciously user-choosable.

This is a good example of trying to understand the mechanisms of something impressive in the universe, failing to, and entering into experimental science, a place where the meaning of words in our regular conversations become muddy, and where we sometimes fail to get the perspective right. Exactly what we’re “proving” (or disproving) becomes a baseline, perspective becomes skewed, and we can easily think we’ve discovered something when all we’ve done is stuck a pin in a theoretical donkey. 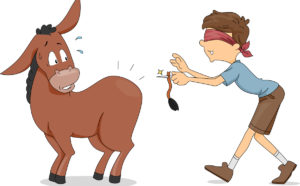 Just because green does not always mean “seven” to every savant, just because it doesn’t make sense right away, all the time admitting we’re studying something we don’t understand, we close our minds because we don’t understand it. This is the opposite of learning. And worse, we don’t go back to the beginning of the problem to look for new ways to think, and the deeper we get in, the more reluctant we are to back out.

Savants may not count to ten differently, but may put things on shelves differently, organize things differently than other people. They may not think numbers are as important as the rest of us do; but instead may be “counting” the importance, recency, frequency and other variables more-importantly than sequence; it’s not hard to understand shelving things differently, as if you were in a warehouse and your job wasn’t so much to know exactly how many of every item you have, but to understand the entire broad experience (your fundamental way of thinking); when asked, in the middle of your job, how many tubes of toothpaste are in stock, you may find you know the exact answer; it’s in your brain, but imagine accessing it going down a completely different road than most people, which gets you there much faster, and once you arrive, you do a conversion to the language your boss understands, numbers (that don’t have color).

When asked how you did it, you might say you “saw it in color!” The hardest part may have been the translation! 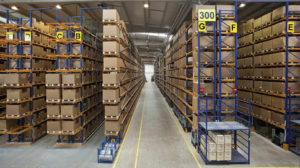 The shelving system context suggests the brain is trying to organize things, nothing more complicated than that; and the savant has found an additional way to tag things, that helps him to remember. Longs lines of complicated math or text can be subdivided as they sit on the chalkboard, the mind coloring the letters and numbers as if to put them in bins.

It’s not hard to imagine if every number 7 in your life was bright yellow, it might make remembering it easier!

Part of the point is you don’t have to be a scientist to see the yellow-7 idea, but if you get busy in subsequent thoughts you may never return to ever question the fundamental way you think (because your world works, whether it’s the best way or not); this goes both ways, though, and we shouldn’t deny we find the savant’s results very impressive!

Interestingly, the phenomenon of seeing information in color can feel very normal (subjective perspective). Nobel prize winning physicist Richard Feynman said “When I see equations, I see the letters in colors – I don’t know why. As I’m talking, I see vague pictures of Bessel functions from Jahnke and Emde’s book, with light-tan J’s, slightly violet-bluish N’s, and dark brown X’s flying around. And I wonder what the hell it must look like to the students.” Stories like this might make you chuckle in a new way next time your spouse insists the pants you’re wearing aren’t green, they’re blue!

The team is not a machine, but better! Wide-minded sociological contribution is everything to science; it is the garden in which the scientists themselves, along with their audience, live!

We are a society that came up with the term “think out of the box,” but still, some of our smartest might admit they either don’t know how … or lost their grip once given a specific job. Most scientists probably aren’t paid to come up with a “better question.”

In the meanwhile, not all of the autistics want to be cured! “Some autistic people have advocated a shift in perception of autism spectrum disorders as complex syndromes rather than diseases that must be cured. Proponents of this view reject the notion that there is an ‘ideal’ brain configuration and that any deviation from the norm is pathological; they promote tolerance for what they call neurodiversity.”

(Excerpted from the forthcoming book “Nothing” by Mark Urso)