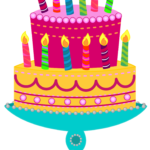 A surprise birthday party (then maybe a nap on the beach) is a great way to see what’s important to people, which might not be what’s most obvious, might get us thinking about why it’s important, and also shows how people inter-react (without conversing) with “no harm done.” We’ll see the Universe around us is not “container-able” in more ways than just size-wise.

Society, as a focus, balances based on invisible, unspoken agreements among all of us, which are based on those things historically not throwing us off balance; easy-to-agree-to things, mostly, but not always.

At the moment of “surprise!” the innocent birthday celebrant has to suddenly react, and in an appropriate way, no matter how he felt a moment before. So, appropriately, he smiles as if he is being treated like a king, all the time wondering how the stint was pulled off, and still standing beside the person who walked him into the rigged room, the person who deceived him the most. 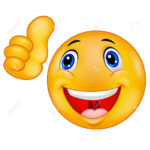 But it’s all in good fun, and everyone has a grand time. The concept of a universally-assumed opinion is the very core of society. It’s what we do when we don’t ask permission first; almost everything. And it’s bilateral; an unsaid conversation; but it’s based on history, our knowledge of what’s been done before; we all know it, understand it and agree to the degree we’ll wager a sizable prank, time, money and even the risk it might go wrong.

In the pre-party planning, someone might say “But what if he doesn’t want a surprise!” And another might respond “People don’t get mad when they get a surprise party!” There’s an unspoken, well-understood, universal “stick in the sand.”

Back at the birthday party, there’s a moment, eternalized in probably every surprise party enacted on TV, when the celebrant becomes the focus, and his reaction is unknown … until … he smiles and thanks everyone for being so thoughtful (even if it’s not how he really feels, so as to not hurt anyone’s feelings). The social expectation hangs in the air for a moment, the only evidence of its existence, because quite quickly it diminishes when the participants all agree … all is good. The celebrant is the “point person” and knows, even if he thinks of himself as a powerful businessman, for example, he can’t violate the social expectation and disparage his friends for inconveniencing him!

The expectation is so strong it forgives the deceptive surprise element of the event; it’s at that exact moment, when the birthday boy smiles, that everyone in the room develops a strong sense of whether what they did was right or wrong, and whether they’ll do it again. Which they probably will, as if the element of an “expected okay” clears the way for playing a gag on someone now and then.

The celebrant has just been swept off his feet by probably days, maybe weeks, of all the others excluding him, doing their best not to let him know about their plans, and now they’re all staring at him, giving him no time to think about how to react! On purpose! Sometimes, of course, this is the perfect set-up for a hilarious result … but not always! But especially because of the party atmosphere, and because it’s expected, it’s easy for him to know how to react, and probably easy to do! If he had a rough day and was looking forward to a nice nap right about now, just moments before the big surprise … he (hopefully) would’t think for a moment that honesty is the best policy for all these great friends, not this time; there would be something more important going on here.

The expectation of society is strong; every bit as powerful as actual, navigable, scriptable, enactable “right and wrong.” Even honesty itself, appropriately, shuts up and takes a back seat. 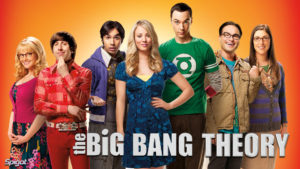 The award-winning TV show “The Big Bang Theory” capitalizes on blurring the line between the expected statement and the “honest” one, through its Caltech physicist star character Sheldon Cooper, who gets constant laughs by just saying what he really feels! This is enhanced by contrast with socially-adept waitress friend Penny. In 2014, the show’s three main characters signed for an “estimated $1 million per episode for three years,” paid well for successfully delivering a very basic comic riff that easily resonates!

Just like the TV show suggests, the experience of being human is not mathematical or even logical sometimes; sociology defines us so a universal understanding can be a very good reason for very good action, in a social context, even when it’s not the only “good” choice (but still the “best” one).

The social context, though, is the only one that exists and the only one we understand. Math can draw a map of the universe, but can’t show us where we’ll end up, what decisions we’ll make or why we’ll make them on our journey through it … astronomy can draw a usefully-reliable calendar we can use to log an estimated path … where we’re “supposed to be” on future dates … but … at least one date would still be wrong – a meaningful one for you, too – it’s still a perfectly good calendar, but doesn’t work for surprise parties!

Sociology is not only an embedded, communal experience, it’s important to people, which ultimately can make social experience and “universal agreement” trump other viable options, for example in the case at the surprise party, where not hurting everyone’s feelings was clearly more important than being somehow, inhumanly, purely honest, and more far-fetched, just for the sake of being a good person. The concept of honesty in such a situation doesn’t suffer; honestly is still a good policy; it’s just taken off the table right away … and you smile … and say “thank you!” It’s important, for the sake of the calendar of your future … to note that people often make important decisions based not on what’s true or authentic, but what’s expected; it’s a non-verbal guessing game. But more important is the reason why; it’s because they want to; sociology is important to people and drives their brains.

This is society, and it would be a very hard thing to quantize … the same society on whose behalf science queries the Universe.

Back again at the party, the door prize is a nice memory; that’s what everybody gets, and what they had hoped for. The stamp of a great memory. People go very far out of their ways to build nice memories into their lifetimes, but even better, as soon as you become part of a strong social group, other people will help you do it, sometimes even against your knowledge! These “nice memories” are critical building blocks for individuals, and the party scenario shows that the process need not be graceful or even intentional. Is it too much of a leap to ask, does the rest of the universe, as we see it, need to bend to our meager methods to pick it apart and answer (any or) all our questions about its structure in a graceful or intentional way?

Or might it have no purpose at all, no more than than a person might think he has about his own life; farther into the concept, might the universe itself not even itself know … what happens next? If we could ask the universe how big it is, might it think the question awkward, itself, just like we do?

Can we surprise the universe with a party?

The judge himself can take you to court … you can answer all the questions wrong … but still … balance … and grow, like a carrot in the sunny garden of society. Earth is a place where you have to stick to the rules, but everybody has to guess what they are! Garden health points are awarded for good intentions; all you need to do is the best you can!

When you look at the stars do you feel unsatisfied? Does the entirety of it all stifle you, or even feel surprising at all? Is it easy to admit the universe … wouldn’t fit in a box? The universe is an easy-to-see amazing thing: a necessary impossibility.

Is it easy to admit the idea of infinity doesn’t keep you up at night, it’s not a problem? Would you agree science might never have a mathematical representation of the size (or shape) of the universe? Do you think, lying on the beach looking at the stars, we need one? Would you even believe it if they said there was one?

Or rather, when you look at the stars do you feel energized, somehow filled with hope mixed with amazement?

Infinity oddly feels intrinsically human … even though that’s not a scientific thing to say. The fact it’s true is the point; subjective perspective accepts infinity easily. The blanket of the night sky is an experience more like listening to music than doing math … and a pleasant, not-strange experience, not a worry-ridden one, and with no feeling of required intervention. 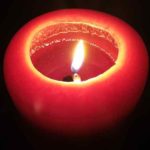 Keep lying on the beach. And ask yourself, where does our responsibility end, interacting with this lovely nature? Until … unless … many of the theories are proven wrong, science will, while you are watching the night sky, still be busy analyzing the numbers.

Alas, though, there is no blame to be cast, no time being wasted; instead what’s been cast is a net of insatiable curiosity upon our garden, which, whether or not our efforts bear fruit, keeps the garden growing.

Imagine the most staunch skeptic of universal math confronted with the question flat-out “Should we stop doing the math?” It’s not a scornful thing to say, if for entertainment value alone, we don’t want to stop! In a wonderful way, if you’re still on the beach at this point, the unending-ness of the puzzle is very easily endearing.

The sky above, without posing a question, is stifling someone’s brain, to become an elusive earthly cause! All the while, and for all of us, the awe of it is only reinforced by the impossibleness, which peaks our curiosity. Some of our best will always be reliably reaching, like sturdy stalks of corn … for … something. For this process, for the instinct to investigate, the need to know, nature tells us we will, as a crop, be better.

But exactly how, she says, we need not know; as she teases us purposefully to reach, perhaps purposelessly, for the stars.

She offers no promise there won’t be a big surprise, but instills instinct that promises to help us, if the surprise were to happen!

The anticipation of what might happen next keeps us awake, reaching and evolving. We’re like kids, but instead of Easter eggs we’re searching for a time machine, and like peeking under the Christmas tree we want to … know … we want to …

Oh, but that would ruin the surprise!

2 Replies to “The Intangible Surprise (or, The Virtue of Telling a Lie!)”