We can only see to the edge of the observable universe.

What does this sentence mean?

The “edge” is said to be 15-billion light-years distant.
Smart scientists (and screenwriters and journalists) need to check their use of the English language. A “So and so says” or an “It’s believed” can go a long way!

What does it mean to say we can only see to the “edge” of the observable universe? It’s a sentence in a vacuum! “Edge” sounds purposefully, fantastically unscientific (edgy almost), dramatic, as if there were a visual (observable) “edge” (while I admit “Edge Of The Universe” is an excellent name for a documentary), and the word “observable” nixes the need for the sentence altogether. Even when we understand the intended meaning, it’s a real loss of credibility. Even when not intended, science is riddled with hyperbole and misinformation. 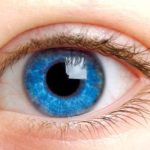 If we’re currently studying to the edge, we’re done!
We’ve seen it all!

That could be true if we took the exaggeration in the opposite direction! Doesn’t feel fair, now, does it! If it was anything but the universe and we could see to the observable edge of it, what else is there to see? Stick the word “universe” in any sentence, and it stops sounding simple and factual! The race’s grandest theories are a harsh playground.

The universe is easy to exaggerate about, but the exaggeration is easy to pick apart. Speculate and hire haughty British voices to do all the documentaries you want, but bent light attributed to gravity, and curved space, still doesn’t cut it. The atmosphere, billions of miles thick, has many elements that could be altering our view of it. Right here on Earth, light can easily be passively redirected by a prism. The question that arises ends up being … “is your documentary completely, or only partly made up?”

When we study galaxies, we’re really studying big, empty voids of space, thus the galaxy, where there are some stars. But it really looks cool on the big screen!

Watching TV, I’m sometimes left thinking “You people are all crazy!” Your “initial calculations” might be entertaining to you, but if that’s the case, I feel sad for you. The British guy throws out the phrase, in a deep, God-like voice … “Astronomers have long speculated …” and I change the channel. These new experiments have not confirmed the existence of any invisible cosmic forces! It’s all speculation! Scientists, ironically, are “learning” about nothing at all.

In the documentary “Edge Of The Universe (Episode 3)” (Amazon Video, 2002) a stuffy-sounding British accent straight out of Harry Potter tells us “These forces are just theories. Until now! In one of the most remarkable discoveries of recent years the evidence has been found in the microwave background radiation. This radiation, that has traveled through space since the beginning of time, has confirmed the existence of these invisible cosmic forces.” So, there we have it. It’s all proven now!

But wait! Scientist in white hat says: “What we’re learning so far is that space is pretty flat. Pretty close to being flat.” (Kinda sorta.)

Is there a new language I missed in school, called “fact speak,” in which we toss around meaningless speculation and vagueness, but make it sound as important as possible? Is it a new science?

Here’s a statement from the episode, right at its beginning, that puts things into perspective well, gives us a sensible purpose, and generally makes sense. It’s refreshing. Except … for one word:

“It took several hundred years to map out the size and shape of the Earth in broad outline, to realize how big it was, what shape it was, where the continents were … I think we can say that in the last ten years, we’ve reached the same stage in understanding the entire universe!”

This statement is well-spoken and clear, and makes me want to watch more of the show. But doesn’t the word “entire” stick out? Why is that word even there? Insecurity about whether the statement is interesting enough? … it’s not enough if all we’re doing is learning a great deal about … the universe?

Maybe it’s just bad-apple syndrome. It feels as if we have a stable of the greatest scientists that ever lived, and one insecure braggart, keeping us just one word away from the truth. In this example, this head and shoulders seems, and it’s not hard to find, so fascinated by the concept of infinity, so tempted by the wonder of it all, he can’t help but throw in that “just one” bit of exaggeration, even if his entire statement is ruined. We’ve made the maps, and we understand maps of the universe … and that’s great … but, no – it’s got to be the “entire universe!”

Why are scientists so excited with the concept that if they traveled in a straight line, they’d eventually either travel forever straightly into infinity, or curve ‘round to the same place they started? Who cares? What do we really need to know about the “nature of things?”

Is it just contributing to our library of “knowledge?” So eventually we’ll have enough pieces of the puzzle to put it together? If I were a scientist, being interviewed about the progress so far, I think my face would show frustration about the entire puzzle-making process, not childlike enthusiasm!

Did you know that “around ninety billion trillion miles away we come to a veil of radiation – the edge of the known universe!” I’m not sure if it’s true; but probably … it’s from Episode 3. Watch this show if you want your mind to be bent! Oh, and you might want to put on some sunglasses!

And get out the tea and scones!

Credit: The above review is for a 2002 documentary I found on Amazon Video called “Edge of the Universe,” featuring John Hurt as narrator along with writers Toby MacDonald and Nigel Henbest and Executive Producer Stuart Carter, from “Channel 4 Television” (with a British accent).

I’d credit “Scientist in white hat” except I watched this show twice and there was no indication of his name. Also, the “entire universe” quote was from a scientist wearing a red tie, but I feel I’ve spent enough time and done enough damage on this documentary, so I’ll quit. I don’t know his name either.

One Reply to “The Gravity Of Hyperbole; Journalism and Science Collide on the Big Screen!”