I wrote recently about a documentary called “Edge of the Universe” (2002). The only compliment I paid I think was I liked the title. The actual show, though, should have been called something else, like “More Nonsense About the Universe!” The Universe might have edges, but they weren’t seen in that documentary! 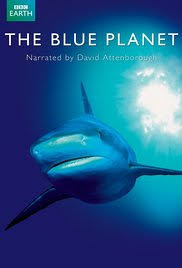 Enter Attenborough … and another, much different study, this time of the sea: “The Blue Planet, A Natural History of the Oceans” (2001); a truly eye-opening mini-series! Sans hyperbole, this fabulous 8-hour series shows us through the eyes of animals there is more than one universe; it just depends on your perspective! As one IMDB reviewer put it, the series “opened (his) eyes to another planet right here on Earth!” Another was inspired to become a marine biologist!

Let’s start with the dolphin universe!

Dolphins jump and play in waves. But is there more to it than just fun? What would it be like to live entirely in the water, then discover one day what gravity feels like in the air?

In sociology we try to see things from another human’s point of view. This time let’s let the animals teach us!

Some sea creatures are lonesome. But some, like dolphins, prove there are intelligent, social creatures that live their entire lives in the water. The world of underwater, as an everyday home, must be different from our world in unimaginable ways, but to just imagine one – the experience of friction and gravity; the way water is thicker than air – is satisfyingly fascinating.

Jumping dolphins, airborne for a few seconds, swimming in synchronization as if on stage, are God’s way of showing us even gravity is subjective.

A world bigger than ours laps upon our land, egging us on every day to wonder about it. We can’t live in it like dolphins do, but those sea-living creatures that jump out and show us themselves, as if on purpose, gaze back at us for a split-second with eyes that wonder how we can live in our world. Their brains are filled with experiences so different from ours it brings to focus a new subjective reality. And just like us, they can see the edge of their universe every day! 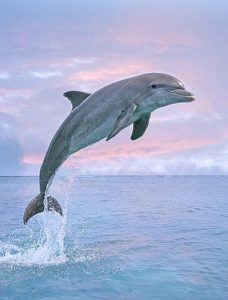 When a dolphin jumps out of the water, it suddenly becomes heavy. It is for a moment an airborne creature, not seaborne, but also not landborne, as with such weight it’s muscular body isn’t equipped to move around well on land. But it can fly! Like a dog sniffing a fence surrounding its home, the dolphin reaches the limits of its universe at the water’s surface, an intriguing, safe place where the lung-breather needs to come for air.

The animal spends its life  pushing through the thick friction of water, while simultaneously being suspended by it. The suspension lets go – in the air  – and the dolphin falls!

It’s the experience of gravity for an animal that doesn’t normally experience it! The dolphin is essentially throwing itself off a cliff over and over again, for the fun of it; the feeling of flying and falling; a feeling it can’t achieve underwater!

Dig Into The Deep!

Many sea animals never come to the surface; some don’t know it exists! They can’t play in the fringe, but live in a whole different universe, some parts so deep humans can’t enter. Along with real universes there are real, earthly boundaries.

“The Blue Planet” says the deep sea is “largely unknown.” Attenborough reports “We know more about the surface of the moon than we do about the abyssal plain,” an undersea place  20,000 feet down. It’s the edge of our knowledge, at depths more impressive than the highest mountain.

In fact, mountains under the ocean are much taller than the Himalayas; and abyssal areas, deep underwater and said to be vastly-biodiverse, “cover more than 50% of the Earth’s surface.”

The Mariana Trench, an area in the Pacific believed to be the deepest part of any ocean at an electronically-estimated 36,000 feet, is a full mile deeper than the Himalayas are high.

While some creatures are relegated to the planet’s depths, many, right in the middle of everything, are still unaware of the rest of the earth! 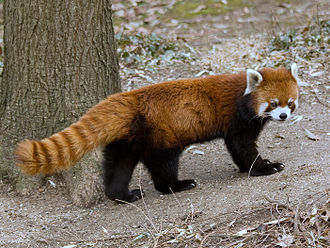 In the treetops in the foothills of the Himalayas is where the solitary Red Panda spends its time. It’s more cat than bear, only 10,000 exist, and it’s thought to be the only living species of it’s genus and family! It’s placed scientifically somewhere between raccoons and bears. Until you see it’s panda-bear face it looks like a fox or fisher. It’s fluffy tail is highly-valued in Chinese culture where people make hats out of them; the tails are considered good luck charms, like a rabbit’s foot.

The Red Panda is one of many endemic land animals, its entire population existing only within a small, defined geographic area.

In the Yunnan mountains in China and Tibet, Kawagebo is the crown of the range and site of holy pilgrimage. No human is known to ever have ascended it. Much of the area is permanently covered with snow, and temperatures can hit minus 40 degrees. In those mountains, just as a dolphin comes to the upper edge of its universe, a goat does the same backwards and from above, coming down to its lowest edge!

In the highest place on Earth these yaks, an ungulate adapted from cattle, live in a small, sparse world. The animal has an increased red blood cell count, and can reach enormous heights, getting oxygen out of very thin air. It exists in places man can not breathe and mostly has never set foot.

The yak shares this world with few others; not even the elusive snow leopard can climb high enough to prey on it. But it can’t move down to our universe as a result of its condition; it won’t thrive at lower altitudes. Having eluded being hunted, still like a dolphin taking air from the ocean surface, for the yak to eat it must find the lowest edge of its universe and nibble, a place where just-tiny trees struggle for air.

Like a dolphin on high it can see, but not enter; this goat will never touch her hooves to the lapping sea nor imagine vast mountain ranges under the ocean; and may never even know the foes its evolution has provided it protection from!

The Edges are Real!

We are blind to what God wishes us not to see, but as humans allowed to see other creatures’ universes, and taunted to investigate the boundaries. We’re fascinated studying anomolies of air-breathing, breathers of the thinnest up high and thickest down below, conquerers of worlds that so far still … seem endless … but as sure as the heartbeat of a yak or dance of a dolphin … have distinct edges!

One Reply to “The Edge of the Universe Through the Eyes of a Dolphin (or, Endemic Life on Our Abyssal Plain!)”