I don’t know what “quantum” means.

But a lot of scientists are very excited about it! 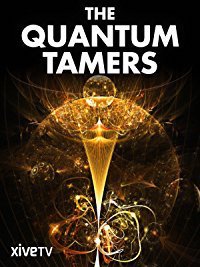 Many of them put on their best shirts for the visually-intensive documentary “The Quantum Tamers,” (XIVE TV, Amazon Video) a show that promises, in the teaser, to “rock your world,” and turns out to actually be jam-packed with big screen light shows, the strangest close-ups you’ll ever see, and some very long sentences with lots of impressive words!

Technically, scientifically-speaking, this show may not be best-described as a documentary, as it was more like performance art filled with stream-of-thought off-the-cuff science stuff.

I know it can make the world a better place! For example, a “quantum mechanical effect could be used to transmit power!” (maybe) … So, there!

I suspect the word “quantum” has the effect, when put in a sentence, to make you second guess your grip on the English language! 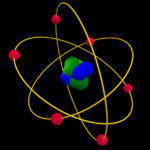 “Quantum communication,” according to the show, is the “language of quantum information” (a level at which atoms “speak to each other”). “If we can learn to talk with these atoms and particles, we’ll find a new place for ourselves in the quantum world.”

I know … it’s a little disappointing.

During this show, I could not help notice “guy with pony tail” used the phrase “tame the savage quantum!”

What I think quantum means, after watching the show several times, is “really big numbers, or really small things.”

And I know for certain … if you put the word “quantum” in front of something, it gives it superpowers … but it also makes it extremely confusing.

In the closing credits there’s a choreographer and “dancers,” and they scroll with an electronica theme that has a small rap part with Stephen Hawking’s voice simply saying “quantum theory,” a clever capitalization on Hawking’s trademark electronic drawl. It’s very quick … but worth waiting for!

And I’m only partly kidding about not knowing what “quantum” means. But unfortunately, my joking is the result of scientists trying to be entertainers, and, while doing a pretty good job for not making an outline first, creating an entertaining science show with a fun “geeky Mardi Gras” or “science on Sesame Street” theme, but … darn it … forgetting to teach me things! The experience left me thinking less of science, as if it doesn’t know how to express itself. The obviously not-a-scientist female “lots of fun” narrator voice contrasts so sorely with the international stew of thickly-accented male scientists, by the end I wished I had spent the time at the beach. If the “goal” of the show was to cast a friendly and identifiable light on science, it failed miserably, accomplishing exactly the opposite. This is not despite the scientifically-speaking all-star cast of characters, but because of them.

As if we’d stumbled by accident on someone’s nerd party, and politely stayed, listening … but they never told us what they were talking about.

(From the forthcoming book “Nothing” by Mark Urso)

Please let me know what you think in the comments!