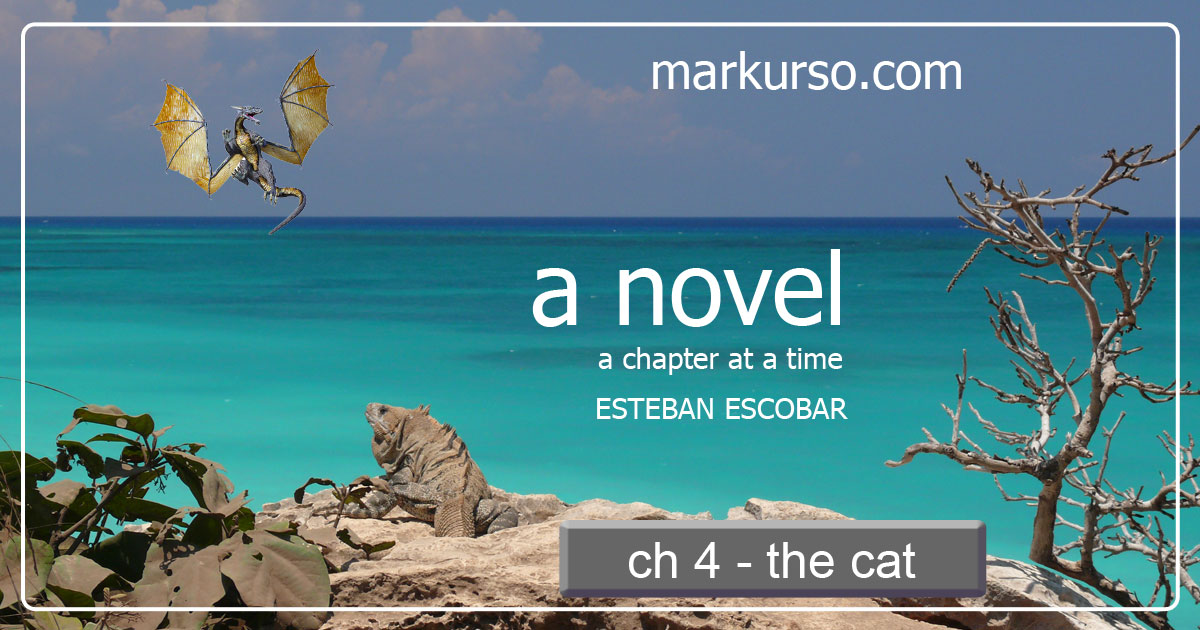 … Six months after the cat’s disappearance … Aina scolded her now-easily-visible furry friend “There will be no more running off, chasing invisible mice!“ The girl’s best friend was unexpectedly returned, in a completely unexpected way, and for a totally unexpected reason! Fuzz had disappeared, and in his little cat mind had spent the whole time concerned about how to gracefully reappear!

In New York, despite that Esteban is not a character Aina would normally associate with, the girl, an aspiring fashion photographer and looker herself with long, bright, thin brown hair, did meet the big-time bandito, in a pet store looking at cats!

It was an odd chance sort of thing, and happened to be this very same day, because Esteban could not resist the pet store while he was walking along, after leaving the airport, carrying his package, on the way to mail it. He entered to find the girl shopping a little herself.

“I am Esteban Elgato Escobar Gaviria; and it is a pleasure to meet you, young lady!” Esteban was taken by Aina’s innocence and smile right away, and tried some Southern American charm, only to find she was unhappy he was only in the store “looking” at cats, and had no intention of getting one, and only because his friends had been telling him to get a cat, to get rid of the mice, but he didn’t want to take their advice, but still thought cats are lovely! She thought he was handsome, and certainly friendly, but she didn’t feel she could trust him.

Esteban told the girl he “didn’t need a cat,” which made Aina frown and look away for a moment. He also said he doesn’t like mice, but Aina felt mice are just fine and she’d never had a problem with them!

Aina felt odd telling Esteban she was having a background check done to see if she qualified to be a cat owner, and she smiled a little (to herself), thinking the check-up might be what he’s afraid of! This imposing man would certainly, she inner-chuckled, have a hard time being approved … for a new kitty!

Esteban told Aina he thought it’s great you can buy such nice cats in America, “like he was king of the world!” … but none of it impressed her! He said he wished he had nine lives, to which she replied in a stuffy way: “I don’t believe cats really have nine lives, because that’d mean they’d have nine deaths, and I’d prefer to think otherwise!” To which he replied: “Perhaps, young lady, it’s just a matter of expectations!” … which she didn’t understand at all!

The conversation, Aina felt, was unavoidably stuffy! She looked for acknowledgement of her cleverness, but Esteban was distracted; and, later, Aina would confide to Fuzz how she doesn’t “trust somebody who doesn’t laugh at my jokes!” and, nose in Fuzz’s furry neck, reminisce “That dude’s a downer!”

Esteban told Aina about his chicken restaurants, which she knew about already, and she told him about Fuzz, saying she “used to have a cat, but he ran off chasing invisible mice!”

As Esteban and Aina exited the store … sun setting now but still early, Aina wish-thought, in a promising day … he confided with her with a smile as they entered the busy sidewalk: “I’m just coming from the airport. I had a disturbing dream on the plane, and you might say I’m sending a package to my nightmare!” She didn’t understand this, and was herself distracted by a slender but furry cat walking around the corner, strutting by the adjacent Chinese restaurant, while strangely squeezing its eyes-shut the whole time!

Esteban was suddenly holding a banana, post package squeezed under his arm, readying to pluck the banana of its yellow package, and with a grin. The girl felt surprised when she saw this, then, looking to the street again, the incapacitated cat; all a little dizzying.

Esteban picked up the little critter curiously, announcing “Oh señora! There will always be the strays! … And this one looks like the most beautiful cat in the world!” He handed the newfound cat to Aina, who took a few seconds to realize what just happened!

“What did you eat! Where did you sleep!” The questions would soon pour out of the girl like a series of giddy statements, none expecting much answer.

But right now the slightly banana-stunned girl felt a cat nestle so familiar it was settling, and watched, like watching a movie, Esteban telling her “I must go. I like peeling them more than eating them,” as he admired the new cat, his ability to give a gift, and the banana.

Aina thought Esteban was smart, and later would think his gifting Fuzz to her somehow made Fuzz even smarter. Fuzz would try, in his best cat way, to explain to Aina he never died, but was scared, so became invisible, then was scared because he didn’t know how to return, so he shut his eyes and just walked around the corner! He was mostly afraid of having been forgotten about, which he hadn’t anticipated!

She wouldn’t understand a word of it, as usual, the cat would think … but we’re ahead of ourselves, because right now Fuzz’s eyes were still closed, and he was just happy being held! While the departing Esteban called back to them: “Your cat has a lovely future!”

Aina, coddling Fuzz, still in front of the pet store, purred “Oh Fuzzy! I can see you!” Upon which Fuzz opened his eyes, in her arms, and gazing into her eyes, thought he’d “died and gone to heaven!”

Then the furry cat, a handsome-but-exhausted silver longhair tabby with a perfect “M” on his forehead, a little lighter, but definitely the same old Fuzz, exclaimed in his happiest purr-response: “She can see me!” Invisibility wasn’t all it was cut out to be, he would think, right about now …

Later, when they would get talking, Aina would joke “It’s a good thing I didn’t get a puppy! An invisible puppy named Poppy!” 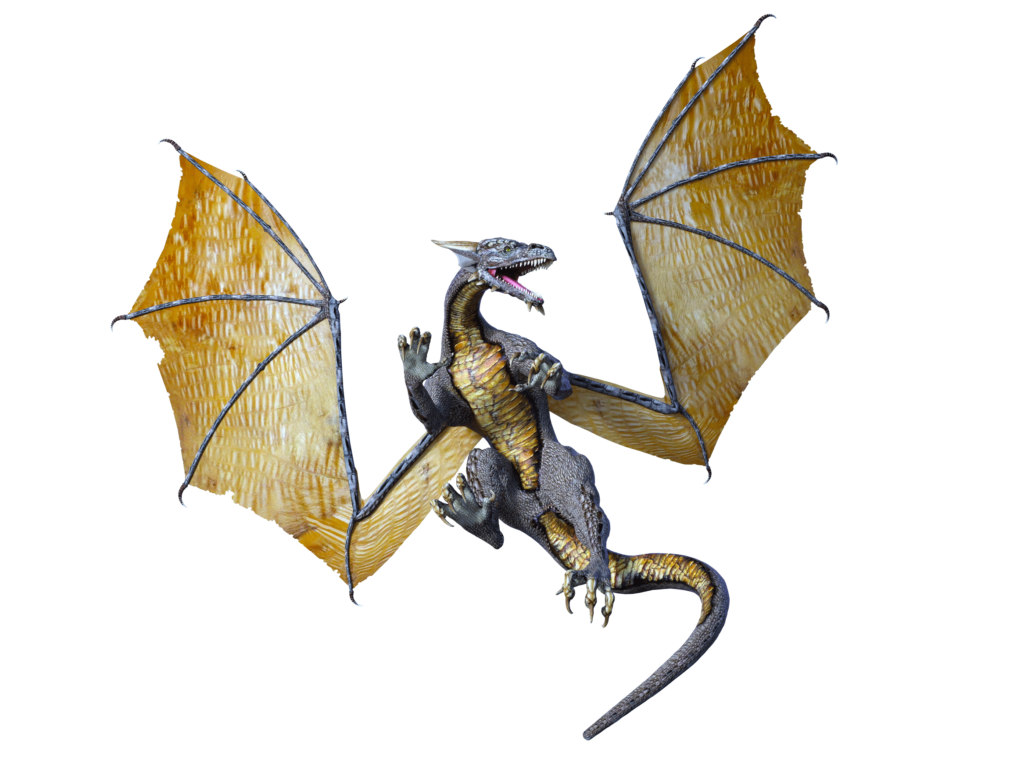 One Reply to “Share The Moon – Episode 2: Esteban Escobar – Chapter 4: The Cat”