The “merger of media” is a good thing. It’s happening all around us, and makes us clench our collective fists every day, while also giving us a new way to talk about why we’re clenching them.

It’s a good thing! For example, an actress, after the Oscars, stripped off her expensive designer dress and dove right into the swimming pool … on Instagram!

Did I say that out loud?

Well, it did happen, and it was included in the news report about the Oscars! It wouldn’t have happened when I grew up. We didn’t have little hand-sized super computers that we could use to video us taking off our clothes and hopefully getting it on the news. It was impossible back then. You would have had to have someone accidentally find your video tape, then, clearly violating your intentions, nefariously distribute it, themselves, by hand (sort of), over the newly-developing Internet, as some stars like Paris Hilton did to launch great careers! Back then, it was an oddity when our hero finally did make the news; the footage looked shaky and bad compared with the news presentation. 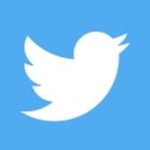 These days, if you’re good enough to make the news and you say something awesome on Twitter, there’s a whole new bridge to the news that never existed before, and there’s lots of them, and people are using them, as if they’ve existed forever, which, in the case of a young person, they have. Thank you Twitter! The media will never be the same!

There’s nothing nefarious about it. It’s just like YouTube (ever heard of it?) becoming a source of free music; it was not intended to work that way. YouTube is a great example of a successful business built on the backs of the user, and, even though the bureaucracy behind these things tends to be extremely complicated and far from diplomatic to those same contributor-users, most never being reimbursed for their participation, the Internet gods do give something back – they give us our own page. Do with it what you want! 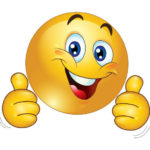 It’s a good thing! Smart people can freely give their opinions on newsy things. These smart opinions were never available to us before, and can be found easily by navigating through the comments by stupid (or not smart) people (not you).

It’s a good thing! We can get published if we are friends with someone important like the President, and strike with just the right bite at just the right moment! Or get investigated, probably, too, so be careful.

It’s a good thing! We can share our artistic work and business breakthroughs with friends and neighbors all around the world with a single click! Just a word of caution, though, to be sure to measure your time spent clicking on advertising bait against your great successes promoting your business or creativity, because some users say, when they look up from their computers for a moment to say things verbally, they get mixed results online.

There are no limitations!

Not so much with what you can do with the Internet, because the Internet is filled with many many limitations; what I mean is, there are no limitations any longer for a “not smart” opinion, actual real news, blatant ads, bait and miscellaneous propaganda all being stuffed into your Internet-user face!

It’s an unlimited stew of opinions. If it isn’t sounding great any more, did it occur just then to your unconscious mind, maybe, the way your friends are unfriending people over the Internet because they voted for the wrong presidential candidate; or those harsh things said in a “post?”

It’s an unlimited stew of bad mixed with good. If the stew gets thick, which is the purpose of mass-provided, mass-consumed, unsolicited and unvetted information over these forums of freedom, you have the freedom to quit using the Internet, or any of the offending forums, or even better, skew your vision of the soup by pressing buttons that pick and choose who’s in your kitchen.

But just know, if you did that, you’ve spoiled the original idea. Shame on you! The Internet is supposed to be a free place, where everyone’s opinion counts just as much as … oh well, forget it, you spoiled it.

You just – I understand – want little bite-sized blurbs from people you like saying things you want to hear. Yes, I guess that could be a purpose for the Internet. They have invented, though, little bite-sized ads that lay over your blurbs, tease you while playing your games and, somehow seem to always upsell you in the middle of dinner. They invented robotic Internet minds that know what you want to buy, and are using the traditional and successful “call during dinner” sales model, blended to the new user’s needs and habits.

Wait. This somehow turned into a fight all by itself! Who’s this person selling something? That’s not allowed! Get out of our Facebook group immediately! We only talk about blueberry jam, and no soliciting ‘round here!

Wait. Who are those people I like? … the ones I want to filter IN?

There is such a thing, after all, as too much information.