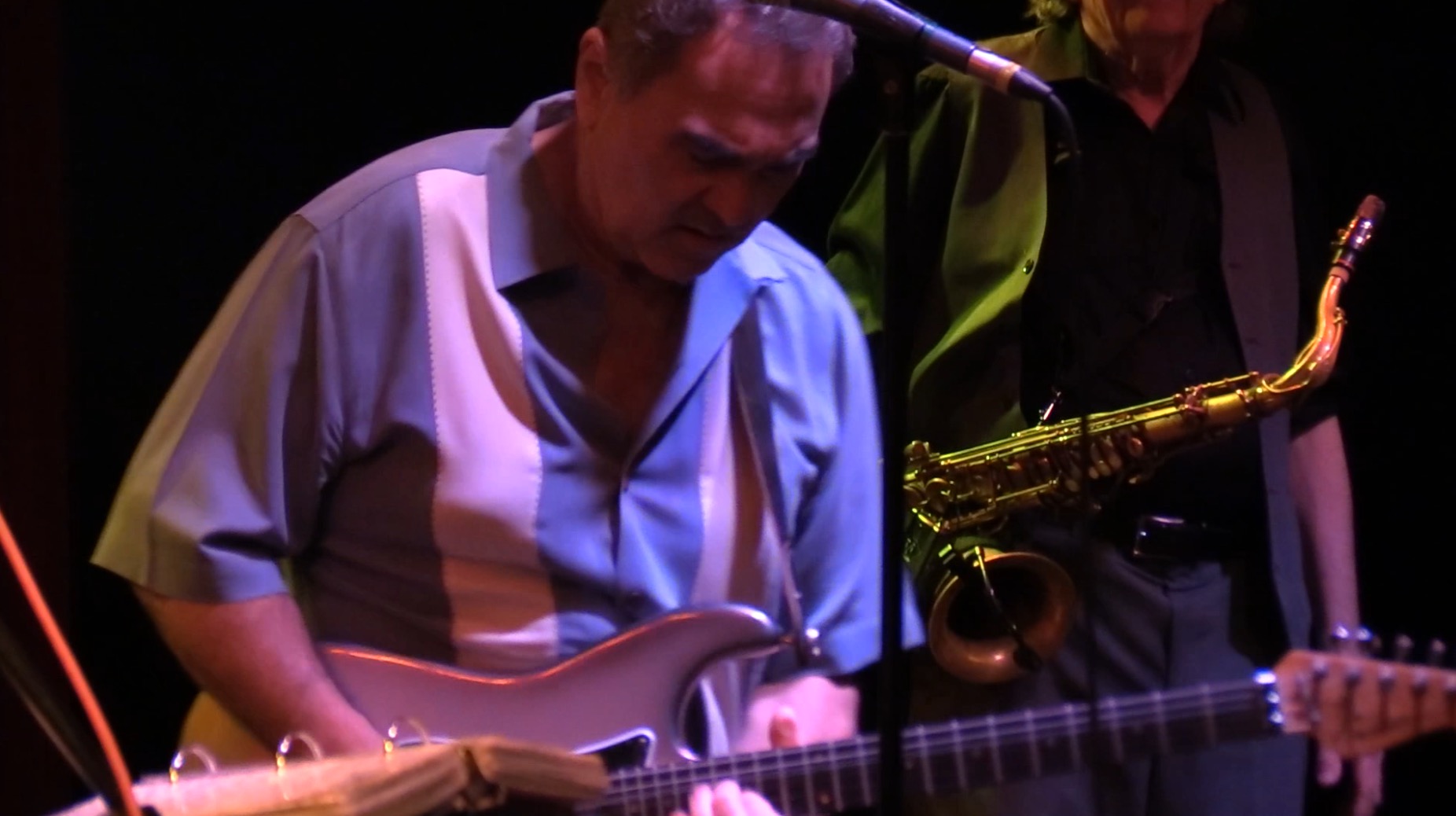 A little classic SRV “Pride and Joy,” courtesy of Ralph DeLucia and Eight to the Bar, this past summer at the Knickerbocker in Westerly, RI!

The inimitable groove of Eight to the Bar started in 1975, and has been unstoppable as a force in the genre, hosting the best parties, for generations of swing dancers, ever since. They’re a scene staple, a household name.

Cynthia Lyons, lead vocalist and keyboardist, started the band with her three sisters, and they’ve toured full time since then, over in Europe three times, and with a catalog of eleven CDs. They’ve won a long list of awards, and are renown for their consistency, musicianship and vocal skills.

One Reply to “Pride and Joy, Ralph DeLucia”