This is a poem I wrote about Katy Perry. She’s a singer who’s played many venues I hope to play someday myself, like the Super Bowl. 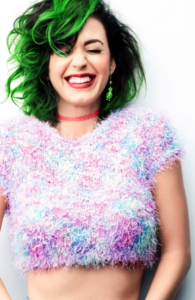 I have been trying to get Katy’s attention for years, to let her know I’ve written this poem, and threatening to make it into a song that people all over the East Coast will enjoy. I just don’t want her to be upset if it turns out people like me better than her. I also wanted to thank her for all the great photos! As you will be able to tell reading the poem, Katy is much better-looking than most of us, so her lending me some Katy pics for my blog works out well for me. 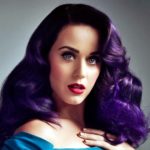 The poem is inspired by Katy’s Prismatic Tour in 2014, which I saw on television, and her Super Bowl gig too. Get a little funky when you read it – and imagine a good steady pop music beat underneath, and a fantabulous light show, and me with green hair!

“Never Be As Cute”

Katheryn is on the stage
The dream is gonna be teen-age
Crystal studs, she ain’t no bum
The girl can handle a stadium

Is that a big dress?
I could live inside that thing! Hello!
Katheryn is on the stage
With some visual mojo!

Best booty-shake in the business
Drinking California booze
Big blue eyes, legs and bangs
You got bunnies in those shoes?

Katheryn is on the stage
She’s walking on the air!
I want you to know I kissed a girl too
But nobody seemed to care

It’s that voice and the hooks
The colors and all the crazy looks
The translucent plastic clothes
It’s the eyes and oh the close-ups!

I’ll never be as cute as you
Never look so good in a tutu
I ain’t followin’ in your tracks
But I want a crystal-studded axe!

The rhythm the meow the purr
Your hard work is appreciated dear!
I get lost in your perfect teeth
And the voice of the crowd underneath!

The matador’s in knee socks now
It’s an enormous eyelash show
It’s the biggest party I ever saw!
Give this east coast boy some more!