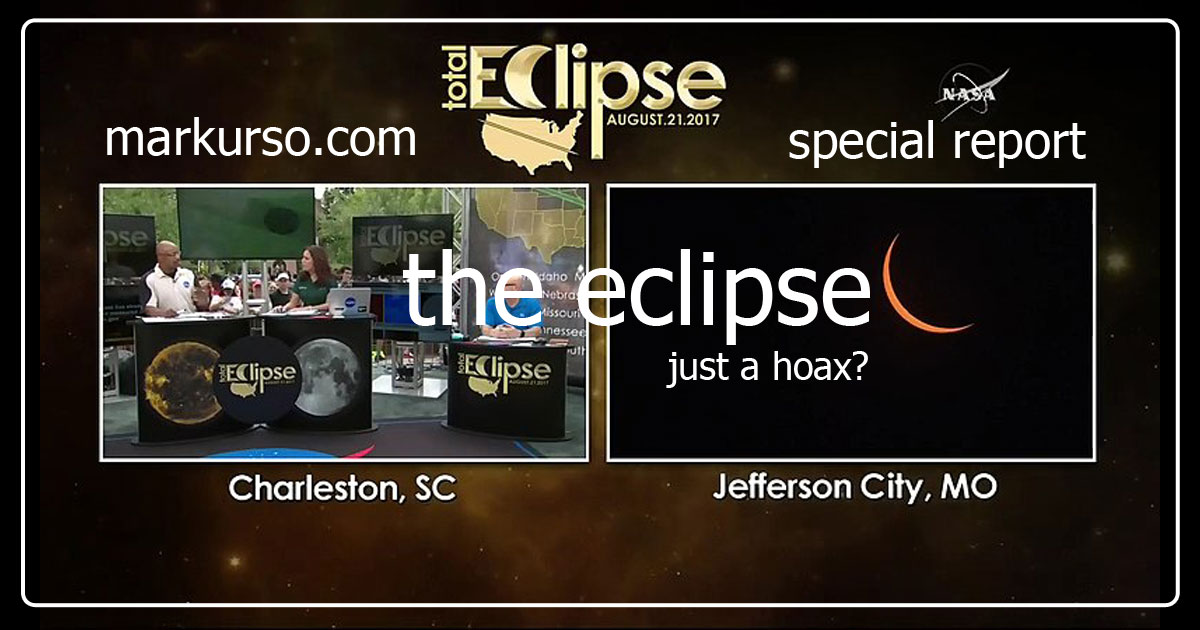 Kudos to NASA for pulling off that thing making the sun disappear this week! Just goes to show, you never know! What will disappear next?

Unfortunately, the darkness prompted wildlife in my yard to grow unusually bold, but there were no injuries.

Like a big cloud on a sunny beach day, the Monday moon created a largish shadow over fourteen states in the U.S.. The event, modeled after rare natural occurances, was bankrolled by the Trump administration as a way to divert attention. NASA TV’s live coverage of the “eclipse” was watched by 4.4 million people, accounting for 87% of all traffic to U.S. federal government websites.

A partial version of the invisibility was visible from my home state, Rhode Island, everwhere except over Taylor Swift’s house, as Swift has language in her home purchase agreement ensuring “consistent sun coverage” within her fenced-in area. Trump reportedly raised billions in special taxes for celebrity eclipse exemptions across the U.S..

And though such events are always covered by long, wide outdoor tents, TV gossip shows said Swift took advantage of the hubbub with a big Bonnie Tyler tribute bash at her Westerly beachfront mansion.

While CBS criticized Trump, calling the event a hoax, that network’s own poll reported the perfectly-executed planetary gag was considered by most Americans 55% more exciting than black holes! Trump tweeted “it was a terrific real eclipse! Just great!”

Google capitalized on the event with a party of its own, using crowd-sourced crowds created by the eclipse and having Johnny Nash perform impromptu outside the Kennedy Space Center just as the eclipse ended. The company aptly unveiled its new “Corona Nash Project,” in which advertisements will be run directly over the sun.

As for this reporter … I didn’t see it!

This report will self-destruct in 30 seconds.