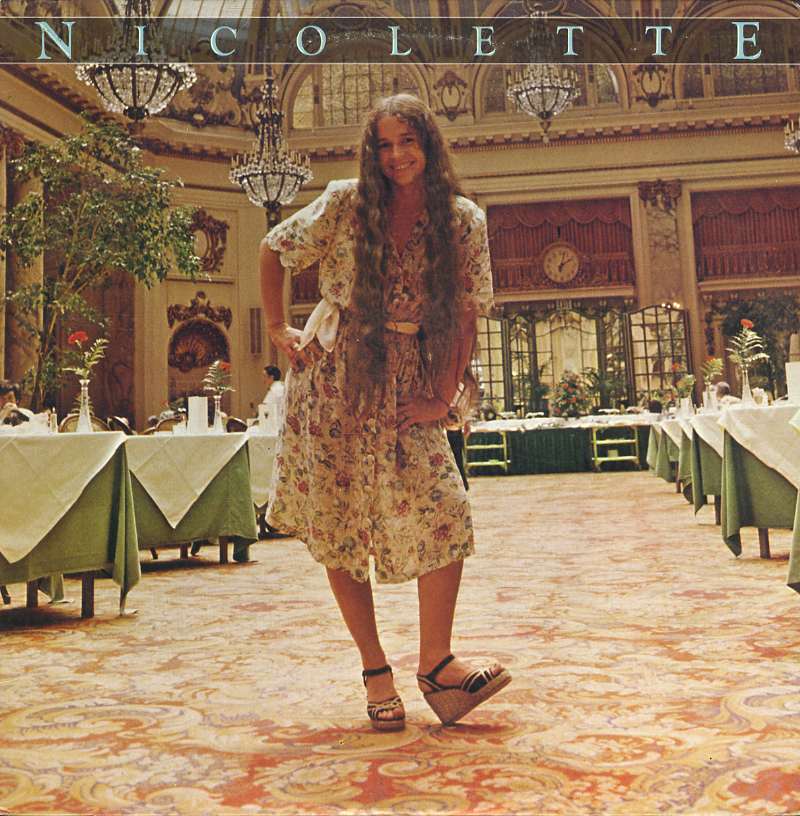 Nicolette Larson is my favorite singer!

Her debut, “Nicolette,” is my #6 Top Influencer!

It has everything; not only is she beautiful, but her voice is essential; like an angel. The record is filled with funk, blues country, grit, and restraint only a true professional can carry; a sense of effortlessness. You’ll just get stuck in it when you first start listening to it.

During an open mic once, I played a song from this album, and someone remarked “that’s the most beautiful thing I’ve ever heard!” Well, I’m not going to take credit for it! Nice job, Nicolette!

A runner-up in the way of greatest girl singers in my head would be Bonnie Raitt’s “Sweet Forgiveness,” a sweet classy concoction that’s very hard to beat!

A major runner-up for hot chicks with amazing voices and terrific songwriting would be Patty Smyth”s (from the band “Scandal”) solo debut, “Never Enough,” and her “Patty Smyth.”

Final must-mention: Patty Griffin, whose debut “Living With Ghosts” (1996) still haunts me today with its irresistible folk guitar and vocal, and when Patty collaborated with Jules Shear on the excruciatingly sad song “Windows and Walls,” (1998) my life would be changed again.

Chick Rock – I’ve been accused of playing it too much. Not just in my home but on the radio. Well, if you want me to love you, and you’re a girl and you sing, I probably will.