This was released today by the Police Sergeants Benevolent Association. 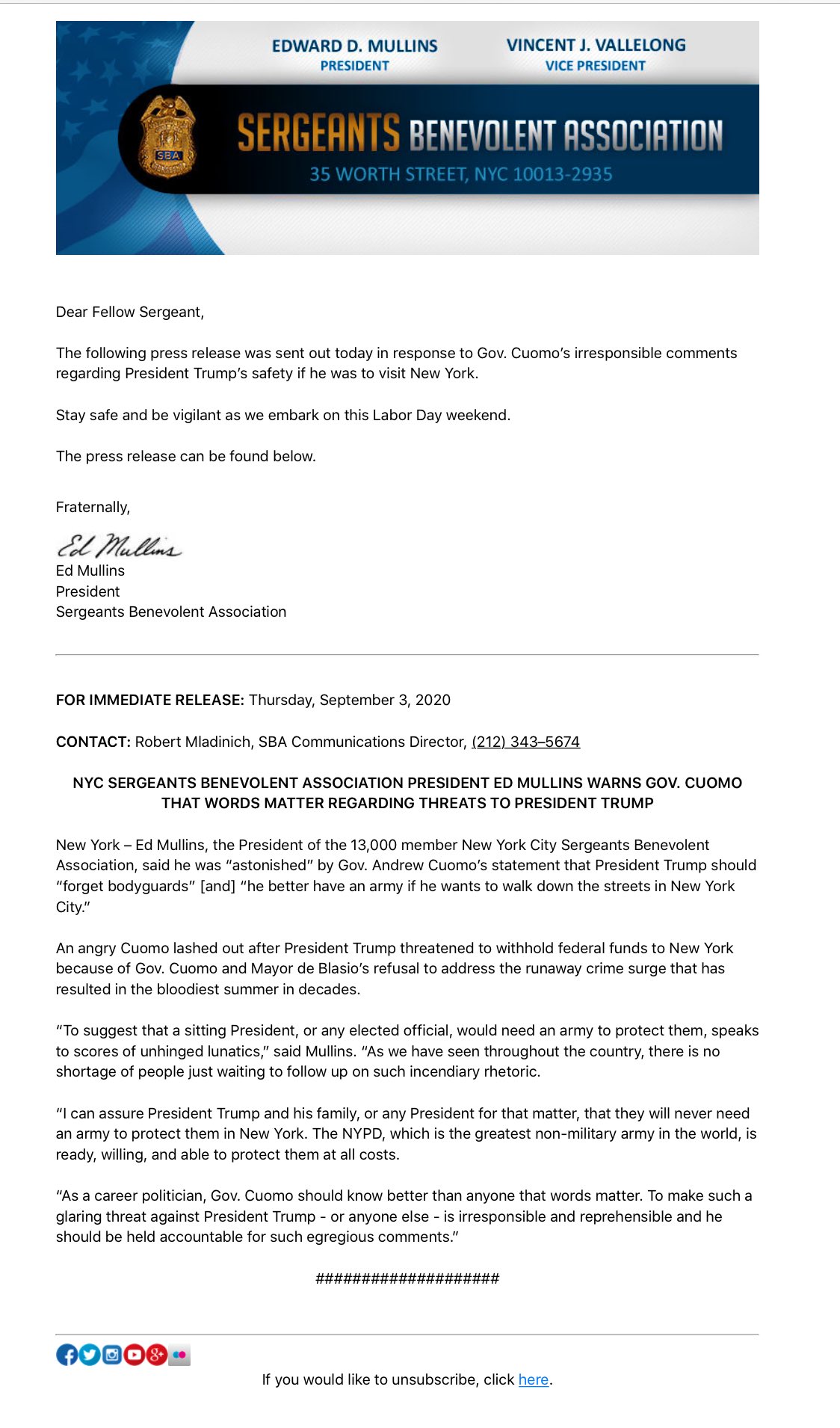 The president of the 13,000-member group is quoted in the memo saying “To suggest that a sitting President, or any elected official, would need an army to protect them, speaks to scores of unhinged lunatics.”

He vows that city police, the “greatest non-military army in the world,” are “ready, willing and able to protect” the US President’s family “at all costs.”