“The new ways we have to communicate shouldn’t obscure the general delivery of news that can be trusted to have been checked out first, before being delivered.” 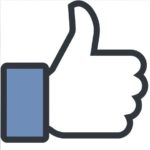 Thus began the final writ, the one I, myself, without checking too many things for facts, anxiously posted on Facebook in early 2017 – my two cents.

Please don’t believe memes!
Not without checking them out for a half a minute! 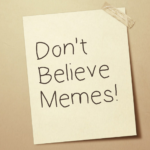 When Prince Charles allegedly (an antique word I learned in journalism) calls out my President, instead of spending a minute letting it “soak in,” as the poster suggested, I spent thirty seconds to check it out. The tweet is there, but then it’s ruined when I read the prince’s very next tweet, which says “Make America Great Britain Again.” Oh well. The impact went away a little.

When my great, wonderful, beloved friends on Facebook post that my President’s mother was an illegal immigrant, with what feels to me like a virtual smirk on their faces, it takes me another entire thirty seconds to see that Wikipedia claims otherwise, and even gives us her visa number.

An article on brookings.edu, “First Impressions: A Look Back at Five Presidential Transitions,” says about 30 of the top people in a US presidential transition get fired and replaced. All the big names. It doesn’t require an argument or disagreement or claim of unfairness … like in the memes!

When a single female psychologist claims my President is mentally unfit, I see a problem with an intent to damage by way of twisted language and incomplete information, because on Facebook it’s presented as scientific fact! Which leads to lack of credibility. This is, fortunately, a very powerful dynamic. It tends to kill itself, as long as we are paying attention.

Minority Leader Nancy Pelosi said something important; despite the distinct lack of a good place to look for regular old honest news, I googled around but was not able to find evidence she said “Illegal aliens” essentially “haven’t done anything illegal,” which is the way the meme makes it out, and a way that makes this woman appear to be an idiot; it doesn’t make sense. 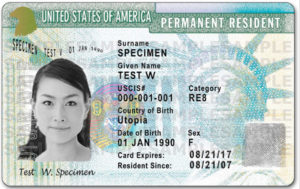 What she did say about immigration, according to multiple randomly-selected first-search-page-results sources on the Internet, does make sense to me: that if an immigrant is found to have over-stayed his visa, this might not be grounds for deportation. If my tail light is burned out and I get pulled over, I find it reasonable for the policeman to give me a small punishment, or a deadline to get things fixed, but not revoke my privileges to drive a car entirely. Still, and in the spirit of full perspective, Pelosi also seems to have said things that diminish her credibility, when she describes the situation as “kicking in doors in the middle of the night.” This, to me, sounds like pure exaggeration, like we’re all suddenly Colombian mobsters, and in the scope of the story, victimizing emotionalness isn’t helpful.

And in the spirit of the new media, when I see the video I’ll think of her as having fought for these people who are being treated poorly, the only good thinker in a sea of trouble … but until then, she sits on the same balance as all of the information coming to me – on one side is fact, and on the other – whatever you want.

When my friends in the journalism industry dedicate their posts to strong one-sided points of view, I count them out as sources of information. I was a journalist for many years, and would never have compromised myself by taking sides, unless it was a cause no-one disagreed about, like a telethon to raise money for cancer research. Otherwise the news was the news, objectively.

Actors and actresses can tell me their opinions about anything at all, and I find it interesting; but that’s because they have a soapbox that most people don’t have. When the topics get hot, they should be careful to mix a little bit of expertise, as needed, if available, in with their grand presentations, otherwise, to me, they become quickly, profoundly empty; but worse, an improper use of the soapbox. When Country Joe, during the Vietnam War, wrote the popular words “Be the first one on your block to have your boy sent home in a box!” the words resonated with people and became endeared, and famous. He inspired a lot of people and it was very exciting! But I don’t want our college students to think protesting is virtuous just for the sake of being involved; it’s easy, I’m sure, to get swept up in the excitement.

If there’s a cause worth being involved with, though, I’m sure everyone will know it, just like Country Joe, when he got on his soapbox, already knew the sentiment of the country, and didn’t have to consider that he might be further dividing it. He also presented it as a joke, so anybody could enjoy the message and it didn’t cause a bunch of fights, fighting being the thing he was rallying against. He did it in a way that said “let’s be friends and laugh,” and it worked. Good use of soapbox.

Now everybody, with Facebook, has a soapbox they never had before. I don’t care who anyone voted for; the two were both good candidates in some ways, and in other ways both had obvious problems. I can see this as a set up for some interesting cyber-conversation, but I don’t see it as a reason to act in a way that threatens to further divide the country, and certainly not a reason to abandon accountability! We’re in a baby-boomer-breakup era, one where, in the future, we’ll look back and see a bubble of people arguing and “breaking up” over things they may have, a year ago, never taken action on or talked about much at all.

Some things have suddenly become more important because they seem threatened, but if the other person isn’t convinced, shouldn’t a little time passing demonstrate to us which vision is more accurate, with no meanness involved, no general unresolved spite and no need to propagate unsubstantiated crap?

What this country needs is a media that’s committed, just as committed as protesters are to their causes, to telling the world what’s happening in a responsible way.

One Reply to “My Facebook Rant (or, What The Hell Is He Saying Now?)”