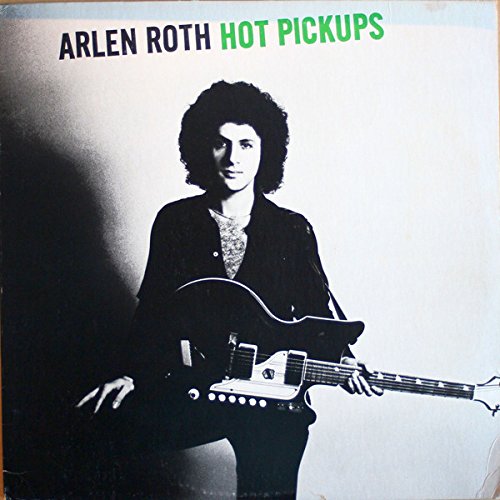 I like them all, but sometimes there’s just a little piece missing. The juice, the texture, the mojo!

All those records – they’re all good – but this one – I’m literally holding back tears.

I can remember Kenny Wayne Shepherd, Jonny Lang, Shannon Curfman; a lot of young people bringing a lot of talent to the table.

But nothing moved me, nothing lifted me like when Arlen put every bit of his attention into every detail of every note for his exquisite, elongated version of the classic “When a Man Loves a Woman.”

This record is an alternate reality of textures, textures that layer invisibly, bleeding through and into each other, creating a seamless beginning to end experience. Comparable in my mind to another irresistibly beautiful record from one of the most powerful songwriting teams in the world, “Bare Trees” from Fleetwood Mac.

There being only 10 records I can pick from my whole lifetime, this one from Arlen nudged out the iconic Counting Crows ‘August and Everything After,” an album that distilled the struggles of an addict in a way that could be, oddly, safely enjoyed by the record-listening public in all its sinful, textural wonderfulness.

And although it almost seems wrong, “Hot Pickups” even beats out the take you to school texture and layer artistry found on the inimitable Talking Heads “Remain in Light.”

Put your life on hold and just just just listen; Roth put much of himself into this.

Beautiful, yes, but maybe just a little more, too.