How does balance relate to speed?

Does it at all?

If so, do we measure this relationship and ask questions about it, the same way we do about the relationship between time, in astronomical terms, and space, in mathematical ones?

Do we care about it?

If we’re looking for concepts that are clearly important but for which we have truly unsatisfying answers, balance is perfect.

But does it belong in the quantifiable study of everything? Is it … anything? Can we get a grip on it? 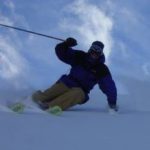 Imagine someone moving very slowly on a pair of skis or a motorcycle – they’d tell you there’s definitely a relationship between motion (in time) and balance; that balance becomes easier or more difficult with movement, and things that are simply impossible going slowly are relatively easy at even just a slightly faster speed. Interestingly, for both skier and motorcyclist, success at balance is not related at all to if you’re going in a straight line, but instead, and maybe even more interestingly, cruising along straight, or curved, requires not only intention but anticipation (subjective conscious experience in time – the human mind and evolving thoughts – spontaneous decision-making to manage balancing at speed).

Balance emerges, and, as is the case with balance, in a way that requires a sensible environment, but doesn’t require us to follow strictly over time. This balance emerges only with relative motion.

Balance may be more important than both time and space. A universe, hypothetically, out of balance would be like saying there was an impending event that might effect our experiences of time, distance or aging … or the general speed of the universe is changing, or an asteroid is off axis. Balance is certainly a good scrutiny-worthy and gravely-important focus of study. If the universe were truly out of balance, we’d be doomed!

Balance might be mathematically describable, but it’s easy to see, if balance changes with relative motion, the math would include balance in a “container” of relative motion – balance as it exists under certain conditions, specifically when the subject that’s trying to balance is moving, and how fast.

This is the same balance we’re trying to dissect and create a mathematical model for; the same balance that intrigues us to study the body of the universe; how does gravity not cause it to all collapse upon itself; what violent storms are taking place on Saturn; even speculative holes of anti matter. All to describe the event that takes place in every 12 year old’s fascinating universe: how does this all work? The young person might find a satisfying theory playing with his top, watching it spin and then topple when its energetic display is exhausted. 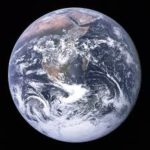 It’s possible the theory of the universe and the theory of how the universe works are two different things entirely, one reason being that balance has an intangible element. When something is in pure balance, it is in the state of a pendulum, constantly moving. Essentially, for an object standing still to achieve standing balance is impossible, and even to suggest something like a pendulum can ever achieve balance is a leap. The very vision of a pendulum is a good illustration of how balance truly moves. The gyroscope shows us balance cares not about direction of motion. But somehow nature is using the energy of the motion to accomplish an extremely predictable, strong state of balancing; pull the rip cord, and viola! The concept of balance seems to be needed by the universe, but can it be quantized? Some might say, God deserves, after all, the last laugh! 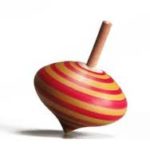 Balance would be best-described as the state of not-falling-down, or not collapsing. In nature, organic forces actively accomplish this; when they no longer have energy, the subject falls. Balance is like the energy of life itself; it doesn’t exist all by itself, as if it requires a host, and it requires energy. When combined with motion, a fantastically-strong field of energy supporting the balancing item also surrounds it, the force that pushes back when you try to topple the spinning gyroscope. This force, mysteriously similar to magnetism or even our elusive friend gravity, is most evident when the balancing act is harnessing some good speed, but should exist to some extent in any non-falling, non-fallen in-motion entity. There’s a crossroads somewhere among the stiff, gravity-like straight-up-ness of the top, kinetic momentum of the pendulum, and standing-up-while-moving of the motorcycle, and it’s balance that ties these forces together; philosophically, at least, perfectly! It may be a subsequent force, a container for events, a constraint … a blessing or a curse; but whatever balance is … it’s everywhere!

The real problem with balance is it’s elusive to measure; it’s nearly-achieved but never truly; in a pure sense balance doesn’t exist. True balance “exists” somewhere between two states of imbalance, and the subject is constantly self-correcting but never at perfect balance rest; the concept could be visualized by imagining rolling right out of your bed while fast asleep; this same “almost falling” is constantly taking place while we sit, stand, walk and generally move about … and the balance, taken just a tad less literally, encompasses all of nature, the bees, the ozone layer … the weather … and … whether or not we all get along!

Even the balance of Earth’s own magnetic polarization isn’t a static figure; it changes over a long timeline as the planet slowly changes shape, spins, sways, rolls and curves through space, and evolves.

We never achieve balance; instead we measure our near-balance. Someone can’t have “perfect balance”; he may just have very good balance. This elusive “swinging needle” nature of balance makes it elusive to scientific study, at least using math and formulas determined to find predictability. Food for thought the next time you’re watching the speedometer spin on your motorcycle, going ’round a curve on your way to the ski lodge!