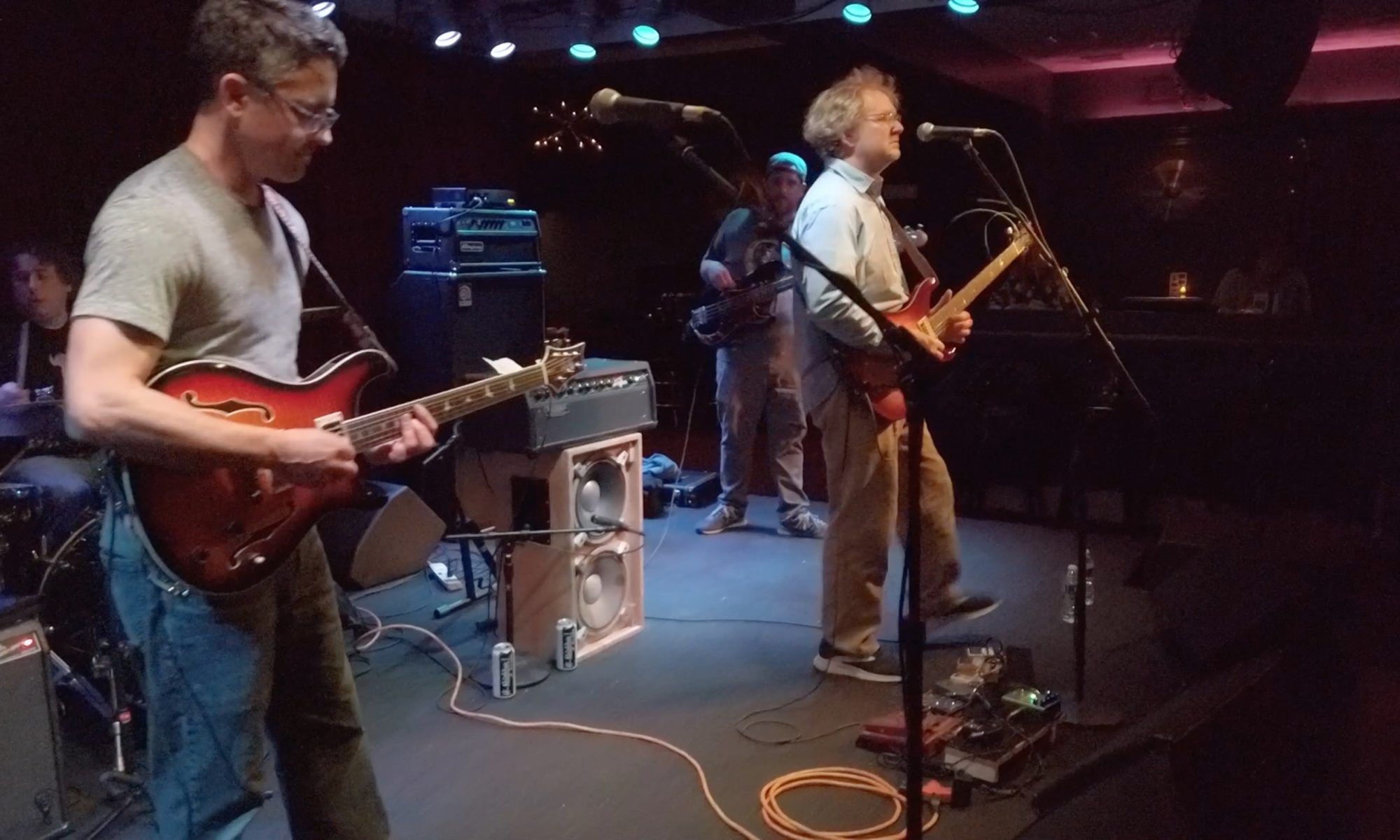 This band is almost as sweet as sugar!
A great performance for a happy Valentine’s Day crowd at Westerly’s Knickerbocker Music Center. This is a 26-minute medley using two cameras. Mississippi Half Step Uptown Toodeloo, Franklin’s Tower and Deal. This is really fun!

As you might expect at a Dead tribute concert, my b-roll came out better than my a-roll! This is not about Twinkies or rollin’ in the hay! Canon XA-30 camcorder on a tripod, DJI Osmo Pocket gimbal camera in flight!

The Canon performs big zooms with glass magnification nicely, which is what I’ll add next field trip, because this time I just put up the Canon and left it there. I put an external microphone (Comica CVM-VM10) on the Osmo and the audio from that device was better even though I was in motion, and that’s compared to a the top-of-the line Rode on-camera mic, which is on the Canon. At 2:20, the b-roll audio is mixed in … from zero to 2:20 it’s just raw Canon audio.

The audio you hear (post 2:20) is a mix of 100 percent from the Osmo blended with 70 percent volume on the Canon audio. The Osmo did well! Next test I will also (note to self) down-adjust the input volume on the Canon, which was on auto; if the music is loud enough, these devices will automatically compress the sound. Perfection is near.

The best flying shot might be at 25:20. I was walking backwards; the effect is killer. It’s just a short bit of movement, but really shows how easily the camera can mimic some very expensive equipment that you not only don’t have to buy, but you don’t have to load in or carry. The Osmo is just a small device with an iris-less lens mounted on a motorized gimbal at the top. With the selfie stick the company makes, I can easily get it above the heads of the audience, putting me right where I want to be, wherever that may be! You can see the flying well, starting at 25:20.

At 13:38 you can clearly see how I’m holding the Osmo; watch the keyboardist while zoomed out.

I do this to make great video and build a portfolio. I try to be inconspicuous and not scare folks off the dance floor with my camera. I also never tell the band I’m coming, so what you see is more or less my photo-bombing the shows of very talented musicians! It’s 100% authentic!

I want to bring them to your little screen, from in the middle of the audience, and create media that will also look good on the big screen, with high quality audio! I’m sure sometimes I’ve opened the eyes of potential fans, but also of the musicians themselves, who, sometimes for the first time, get to see and hear themselves from the audience’s point of view.

These guys did an amazing job! This is definitely a show you should go to! Thanks to The Knickerbocker Music Center, Mystic Dead, Shawn Allen and Mark Connolly!

Now grab that volume knob, wake up some kitties, and roll away the dew!