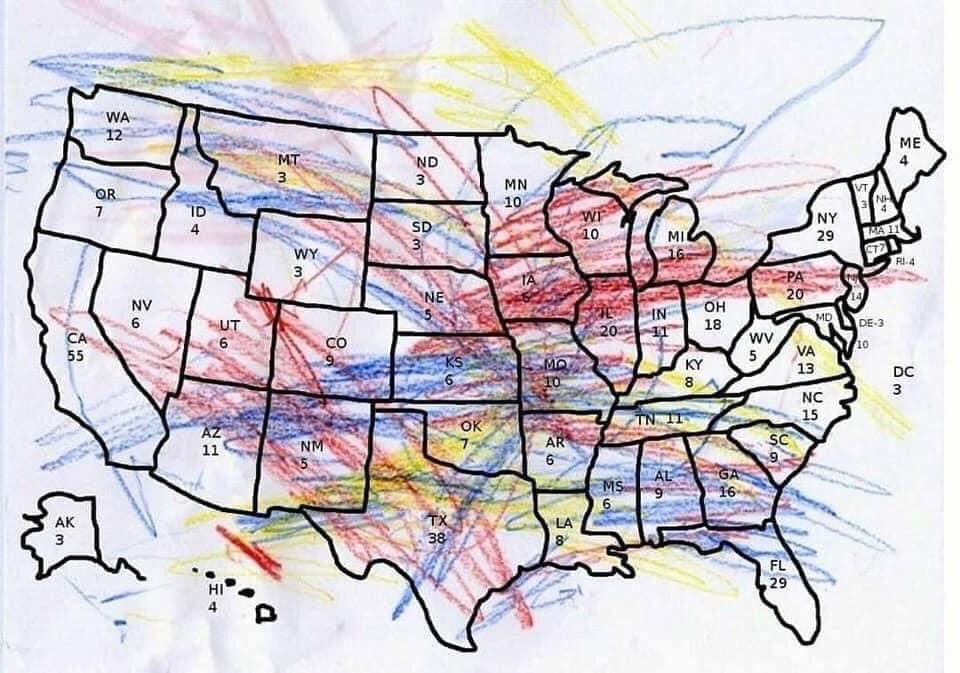 Pennsylvania is a mess. There will be a lot more heard about voter fraud in that state, and arrests will be made, before this is over. In the meantime, we may see a headline that says “Biden Wins.” It will remind us of “Dewey Defeats Truman.” But it won’t stand. Not if voters who have already pushed Trump to victory in a near-impossible atmosphere make any difference, anymore.

Democrats are depending on the press to pull off a “press win.” It could still be contested, of course, because each state has to finish counting, and then all those counts are subject to being contested. That’s why Trump smartly came out of the box last night saying he’s going to the Supreme Court; it’s precisely what he should do.

If the press calls Biden a winner, it causes a public perception that could be thought of as definitive by the average voter, and that creates potential pressure to uphold the “decision” among those who are on Biden’s side, and Democrats are hoping also among everyone on the fence. The problem with the entire plan is it’s based on fraudulent activity.

Think about that – the fact Trump actually WON this election, if they called reporting states last night, including NC at 95% counted (but they still haven’t called it today!) … should mean the US has already presented overwhelming strong support, with record voting participation, because they love Donald Trump. That part of the equation, that these are real voters they’re toying with, is the fulcrum, and so far Trump has made smart moves. I think he’ll continue to find support not only in the public, but also within his offices and the justice system. If a TV station calls Biden the winner, Democrats expect the veil to be comfortable for us, over our eyes – but see, they are ignoring the reality that got us the win in the first place.

Donald Trump has won this election; it’s easy to see. What we’re watching now is how strong the other side is. It’s a real match of honesty versus dumbfounded, backed-into-a-corner, easily-visible criminal activity.

You can’t suddenly quit counting votes in only the major swing state Trump is winning, then have hundreds of thousands of votes drop in the middle of the night, in an instant, with 99% going to Biden – and still have election integrity.

I’d say the same thing if it was reversed.

I expect the Associated Press will do the deed; creating the press win. This is already a once-in-a-lifetime ride, and it’s about to get very bumpy!

Continued solidarity will preserve this Republic. Even if the press makes a call for Biden as winner, which I expect soon. The AP right now reports Biden is on the "brink" of the White House. Remember, though: It's the American people who are in charge, not the government. pic.twitter.com/TU2RNPSfZo