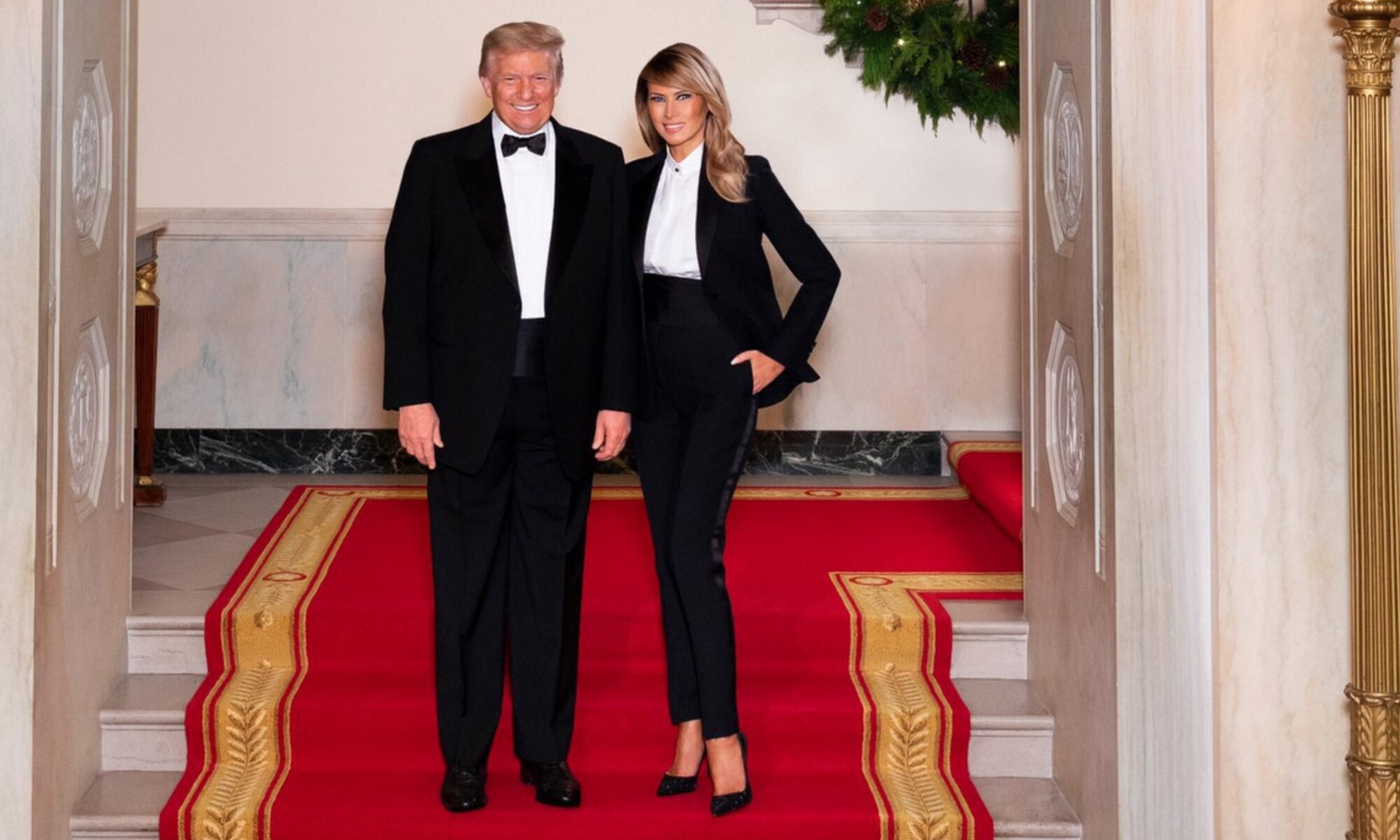 The President calls the birth of Christ the “greatest miracle in human history!” The First Lady tells us “we have been inspired by the kindness and courage of citizens across this country. Communities have found new ways to stay connected to each other. Courageous first responders, doctors, nurses have given everything to save lives.”

Pray for strength and courage for the First Family!

Stay positive, friends, as we patiently wait out the culmination of a year like none other, wait out justice, righteousness and order. Whether in the middle of a crowd of chaos, or enjoying good company, the outdoors and good vibes, carry a little peacefulness inside you wherever you go!

Rudy Giuliani has a Christmas video, too!

He says all through the house things are stirring … but they’re not mice, they’re rats! He says “We’ve got a country that’s deeply divided,” asking “who won, honestly, the 2020 election?”

His Christmas gift for you this year? Giuliani presents … an update on voter fraud! And a discount on cigars (see video, it’s a good deal!) … He says “tremendous hatred and anger” have “infused the process.” He mentions “at least a thousand affidavits of witnesses ready to testify under oath that they saw substantial voter fraud.”

He says about Ruby Freeman, who, along with her daughter, was caught on video red-handed with bogus ballots “It’s quite clear they’re cheating! It looks like a bank heist!”

“The stealing of this election is one of the most serious crimes against this country ever committed; the censorship imposed on this country may be even more serious.”

He promised the fight for truth will continue, as Americans stand up to widespread, casual and sloppy deceit, much printed to video but ignored like the plague by the media, too busy reporting on the flu.

So, while the country flirts with disaster through shutdowns, Giuliani assures Americans Christmas is not canceled.

That’s despite birthday boy Fauci, a doctor embraced by liberals to spread fear of the flu … who apparently turned 80 on Christmas Eve (today). We don’t really care about the birthday, as it’s overshadowed by real events, real traditions, real people, and even some people who may be mostly fable, from the bible, who are vastly more believable, real or not, than what comes out of Fauci’s dirty mouth. Look at this. He lied. He admits it. No biggie.

“In a startling interview with the New York Times, Dr. Anthony Fauci, head of the government’s coronavirus taskforce, admitted that he did not level with the American people about how many people would need to be vaccinated in order to achieve herd immunity because he didn’t think the public was ready to hear his true thoughts, which he feared might discourage people from getting vaccinated.”

That’s from the New York Times, letting its hate shine fairly as usual.

Let’s make a New Year’s resolution; more Rudy, more truth … and less Fauci, less lies. Reality is yours. It’s for your own good! Believe me!

Have a great holiday season, everyone, despite what they say.

Merry Christmas! I wish you all a new year of rebuilding our lives, country, relationships and our future as a free and proud nation.

One Reply to “Merry Christmas from The Trumps!”