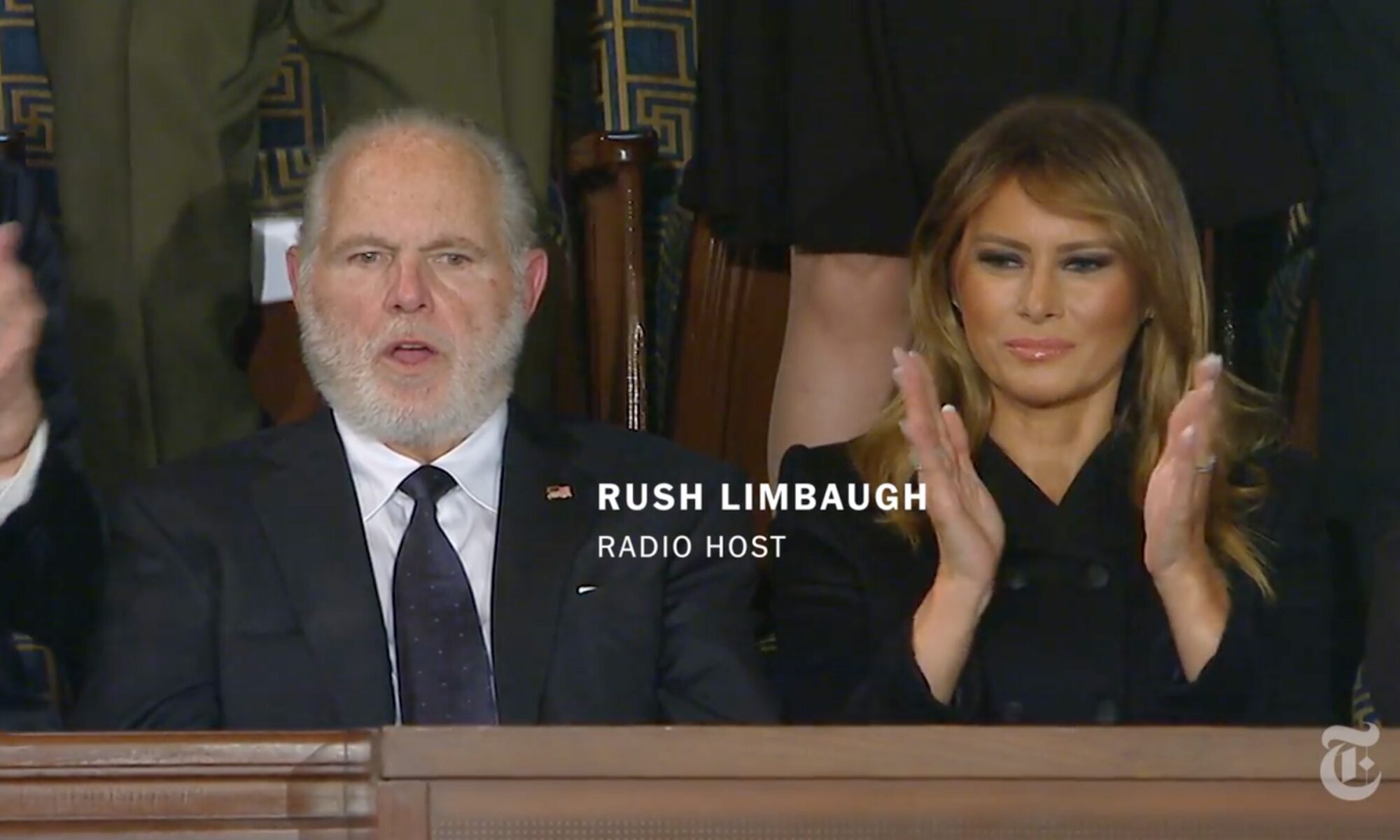 BREAKING: Rush Limbaugh's wife Kathryn announces on his radio show that he passed away this morning due to complications from lung cancer

"Rush will forever be the greatest of all time." pic.twitter.com/FSJTfmX8ZO

“Rush will forever be the greatest of all time!” – Kathryn Limbaugh

In 2020, President Trump honored Limbaugh with the Presidential Medal of Freedom. The ceremony was a tear-jerker:

Limbaugh’s producer, Bo Snerdley, said
“God Bless you Rush. I love you. Always and ever.

God Bless you Rush.
I love you. Always and ever.

Wikipedia tells us “Limbaugh married on four occasions, the first three ending in divorce. He did not have any children.”

Bizpacreview published a detailed article today on Rush’s legacy, giving us the back story: “In 1971 Limbaugh, then 20, accepted a job as a disc jockey at WIXZ-AM in McKeesport, Pennsylvania, where he went by the on-air name of “Bachelor Jeff” Christie, first working afternoons and then moving to the morning drive slot. After having his style compared to an early Don Imus by the station manager, Limbaugh was nevertheless fired from his position 18 months later over personality conflicts with the program director.“

Author Jon Dougherty points out Limbaugh was “once credited with reviving a then-dying AM radio medium.”

“His father was a lawyer and World War II pilot who served in the China-Burma, while his mother hailed from Searcy, Arkansas.“ But Rush was to be a radio man. “After graduating high school in 1969, Limbaugh enrolled in Southeast Missouri State University because his parents wanted him to get a college education, but he dropped out after only two semesters.“

“It was his iconic status as a champion of conservatism, his unparalleled intellect, and his ability to easily explain complex political ideology and intrigue that led him Limbaugh to the top of the talk radio industry. And for a guy who was once told by a radio station manager he’d never have what it takes to be successful, Limbaugh rose to become the second-highest-paid radio broadcaster in the country behind Howard Stern, earning an estimated $84 million per year.”

And finally, Florida’s great Governor, Ron DeSantis, posted these kind words “We don’t know who will succeed Rush as America’s anchorman, but we do know that nobody will ever replace him.”

Limbaugh is survived by his wife and brother David, lawyer and columnist.