Bigness diminishes accuracy and need for accuracy.
Details get lost in space. 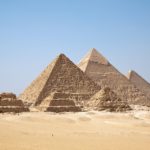 Our human concept of accuracy fades with size; in such a way that if someone told you cars were invented in the 1700’s, you’d tell them they were way off, by a hundred years … if they said the pyramids were built in 3000 BC, you could suggest they’re off by about 400 years, but it’s not too important; and if they said the Big Bang was 15 billion-years-ago, the adjustment might be oh, give or take, although it’s even less important, a billion.

Despite the uncertainty the third item actually happened, which is a pitfall of happening such a long time ago, even a strong supporter of its theory might not be terribly upset if everyone were off by a just, say, a few hundred thousand years; we’d still be “very close!” But when cars were invented? Don’t be an idiot! 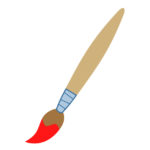 Correlating to accuracy, need (for accuracy) also fades with large time spans. It’s like zooming in on your computer working on a piece of art, with your virtual paintbrush creating a picture … one based on reality … an oil painting of your friend Earl. You got the eyes right, the smile … and with the power of the computer you zoom way in, atomic-style, to decipher individual pixels in the soup of color. Normally you can’t manipulate this kind of detail, but it’s irresistible to zoom-in and nudge things tiny bits, all the time wondering what it’s going to look like when you zoom back out, which is ultimately all that matters.

The seeming usefulness of the pinpoint accuracy is fascinating, so you tinker. When you zoom back out, the first thing you notice is the tiniest adjustments probably didn’t matter at all, and you’re not sure exactly what’s different; you’re definitely not sure exactly which adjustment had exactly which result. You had used a different ruler, a super ruler, for a little while, then zoomed back out and switched back to your normal ruler for a few more measurements … Do you like the improvements in normal view?

The tinier they are, the less you care; the less they actually matter; even though when zoomed in, when using the microscopic ruler, it did seem to make a difference, and you cared more.

Unless you’re worried the audience is going to scrutinize your work with a microscope, this painting looks good! It’s done!

Deciding it’s done acknowledges “we don’t care” and “we don’t need” for some parts of the task.

Assuming the task has a clearly-described goal, when have we accomplished it?

Creating a painting is an apples-to-oranges comparison to scientific research of the universe, but sheds light on questions that properly frame any expensive endeavor: have we clearly described our goals, and how much accuracy do we need? When lost in minutia, this kind of back-framing can also help us keep perspective about what we actually care about!

Zooming into pixels is analogous to gazing into the sky, and we can easily get lost in the splendid … constellation Earl! 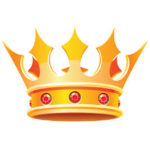 When we put Earl in the sky, large spans of time become embedded in the vast distances suddenly part of his picture. He’s a legendary king of the night’s sky, and artist himself, said to be all-powerful but still with a sense of humor, and best-known for leading popular political campaigns and bashing scientific beliefs of his time, some unknown thousands of years-ago.

The king’s slogan, from ancient pages attributed to him, are the words that fall upon us as we gaze up at his image in the heavens: “People of Earth, I promise it doesn’t matter how many billions of years ago the Universe was created!” The message seems especially soothing, stretched through time and filtered through ambiguity.

The mythical King Earl’s philosophies include the contention “the larger the work of art, the more expensive the mechanical device required, and time needed, to paint it … if such a painting were to ever need to be made!”