My base position is skeptical, as it should be when looking at claims about the universe! Evidence is not made just because a theory satisfies reason and is not yet disproven or better-proven. I believe time does not exist separately from the movement of objects, and philosophy itself, if applied with gut-wrenching honesty, may be the piece missing from everything theory, but sometimes replaced based on insecurity with distortion, hyperbole and misrepresentation.

It seems obvious everything is always in motion, and there need be no fixed time of reference in the universe (mostly because we are always moving as observers), or, if there were, it would be something along the lines of “God’s time,” where God exists based on death-related speculation, which unavoidably begins to knit spiritual concepts into the realm of the not-understood, including “everything real,” and everything known; spirituality is a natural part of human perspective.

Saying there’s a master time reference point is like saying there’s something in the Universe that doesn’t move. Our experience of time is part of our ecology; we are a subset of the universe.

His mass may increase, per theory, but mass around him would lighten, almost to the point of evaporation. And while clearly he may not survive, while we continue to imagine he could, how could anyone else experience the same thing, for example, an observer on Earth? Subjective perspective, indeed human heartbeat is knitted into the “fast as possible” experiment, as is risk of impossible results; it doesn’t give us results. 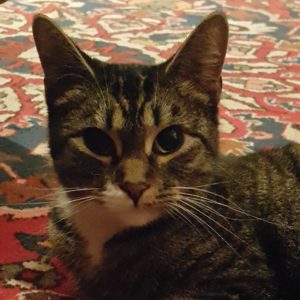 Their senses, just like in humans, have adapted so they can understand their worlds. In this context, might studying how time can be warped on a cosmic scale teach us no more than studying the heartbeats of these creatures? Just watching my cat run up the stairs makes me wonder what it must be like, in his experience, to go so fast! So fast I almost can’t see it!

The whales live a hundred years, swimming in a universe vastly different than ours, in a territory that dwarfs any earthly land mass. It’s not just the vision and movement of these creatures that are different, but the animals’ abilities to understand their environments in “their time” are also vastly different.

In this sense, might there be an organic, purely organic, not spiritual, but observable and measurable part of everything theory, that accounts for evolved awareness and instinct? After all, the theory is about everything! What about subjectivity?

Figure out what a spider’s experience is like when it has four eyes, then go look for the end of infinity.

What about culture? Is that a “soft” word in the context of space exploration? In Tibet, an isolated and introspective culture developed a unique view of the universe, and Buddhists call the “true nature of things” “Bodhi,” a brutally-subjective kind of enlightenment that seems intrinsically not-at-odds with anything.

Some cultures are very earth-based, where fertility is given by God, and the water of rivers that change the shape of their world every day is the source of life.

Incas regarded space and time as a single concept, “pacha.” The peoples of the Andes maintain a similar understanding.

American author Edgar Allan Poe talked about unified space-time in the preface to his (unpopular) 1848 essay on cosmology “Eureka,” saying ”space and duration are one.” In 1895, H. G. Wells wrote, “There is no difference between time and any of the three dimensions of space except that our consciousness moves along it”, and “any real body must have extension in four directions: it must have Length, Breadth, Thickness, and Duration.”

There’s lots of not-strictly-scientific viewpoints about the universe. Even Newton, who got hit by an apple in the 17th century, could be said to have been more of a philosopher than scientist, if you compare the tools available with today.

Relativity must be “stretched” all the way, to the human subjects themselves, and as the word “relativity” suggests, must be dynamic. Those who are doing the study becomes all of us when the study is touted as critical to humanity; humanity’s viewpoint must be considered, as well as humanity’s relationship to its environment and how it changes – based on humanity’s success as a species, general health and relative temperature, speed of operation and even preferences of territories, places to live – all dynamic.

Ultimately, the entire concept of “relativity” is a hard thing to nail down with math, sans sociology!

Viewed from earth with the naked eye, stars are light. Any contention that light can bend, and theories as to why, or that gravity bends light, may not be related to gravity but to our observational limitations.

Just one element that doesn’t support objective math could cause endless confusion. Just viewing stars many light-years away, which probably no longer exist, strongly supports the concepts that the atmosphere is well suited to bending light, and that time is “effected” by distance travelled. What we’re looking at becomes time-muddy. Knowing most of the sky’s stars we see aren’t even there anymore makes us, as observers, prone to be skeptics, and a little needy when it comes to facts.

Everything viewed by telescope in space is potentially purely theoretical, the view altered by the telescope. Data can then be further muddled by its very own theory and misplaced mathematical “guesses,” mixed with colorful attempts to sound interesting. We end up with admitted theories that say things like the planet Mercury might collide with Earth in a few billion years, which is interesting, but unprovable and probably unimportant to (most) intelligent life. 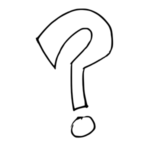 A universal timeless purpose? The idea seems unlikely and arrogantly presumptive! So the only conclusions are, what we hear in the news, to protect us (while still alive, in a backwards-way) … or, possibly, just plain old fashioned pure intrigue!

Even the concept of “reputation procreation,” if a scientist wants to make a mark on time long after he’s dead, diminishes when the reputation gets far enough away. The few people who bet against the bond market, who “saw it coming,” made a fortune in the turn of the century U.S. housing collapse, and enjoy a pretty sweet reputation! They “saw coming” something that had never before happened! Even a philosopher who insists we need to understand the universe the way we see it, and embrace history, can see the value in theorizing about the unprecedented and unseen!

But, in cosmos-time, the scientist and his reputation may not do so well as our Wall Street heroes. The story may travel imperfectly (damaged or missing facts, unclear translation or meaning), questions of authenticity arise (who really wrote the Bible?), and people don’t care as much; who’s likely to be more important to your life, Nixon, or a philosopher from ancient Greece? Imagine being “the guy who saved the Earth from destruction 100-million years-ago!” Is that who we’re trying to be? Salute!

Let’s do this! But, what is it that we’re doing again? Questioning the very value, in real, numeric terms, of things like gravity?

I know what gravity is! We all do! It allows us to exist within it! And, if we chose to, as some did on Wall Street, some of those who didn’t see the future, leaping to their deaths from tall buildings, it would allow us to end our reality. That’s how real gravity is.

There’s an argument that everything is subjective; a product purely of the brain, that “our own mental activity is the only unquestionable fact of our experience,” but the logic falls apart as soon as you get in a fist fight as a child; Subjectivism is even more far-fetched than a vapid universe!

All the time God teases us, intervening in the awarding of responsibilities for “everything,” by displaying billions of intoxicating years of history, time itself, written in the stars of our galaxy, right in front of our eyes every moment of our lives!

The philosopher is essentially done, but the scientist … is just unwrapping his best calculating machine.

Given sky as canvas, scientist becomes artist, but not master, deciphering language while keeping the canvas of his own mind clear, by being suspicious of all known reference points, including language, math and time.