“Yes, I’m afraid so, dear son or daughter. I’m sorry. But at least he’s not being cruel to the troops or lying to the world about chinavirus.”

“That’s true, mommy or daddy. I almost forgot.
The world is different now.”

Note: That video, above, appears to be a mock-up. That’s what someone told me on Twitter, and I think it’s true. It’s a fake. Isn’t it weird I had to check?

But the stuff below is, unfortunately, very real. Real real!

… And while make-believe families struggle to make sense of make-believe Presidents who are actually real-life dictators, Joe Biden gave another (different) speech while mostly awake. It was broadcast on YouTube. It got so many more downvotes versus upvotes YouTube has spent all day today CHANGING THE VOTING NUMBERS. I witnessed the upvotes at 9.6k, and downvotes at 44k. Then it went to 9.7k and 45k, then I refreshed the page and the 45 went DOWN to 44. It showed 9.7k and 44k. They deleted a thousand downvotes on this video (below) while I was watching. I’ll try to get more screenshots, but if you look at the comments, I’m not the only one making notes! 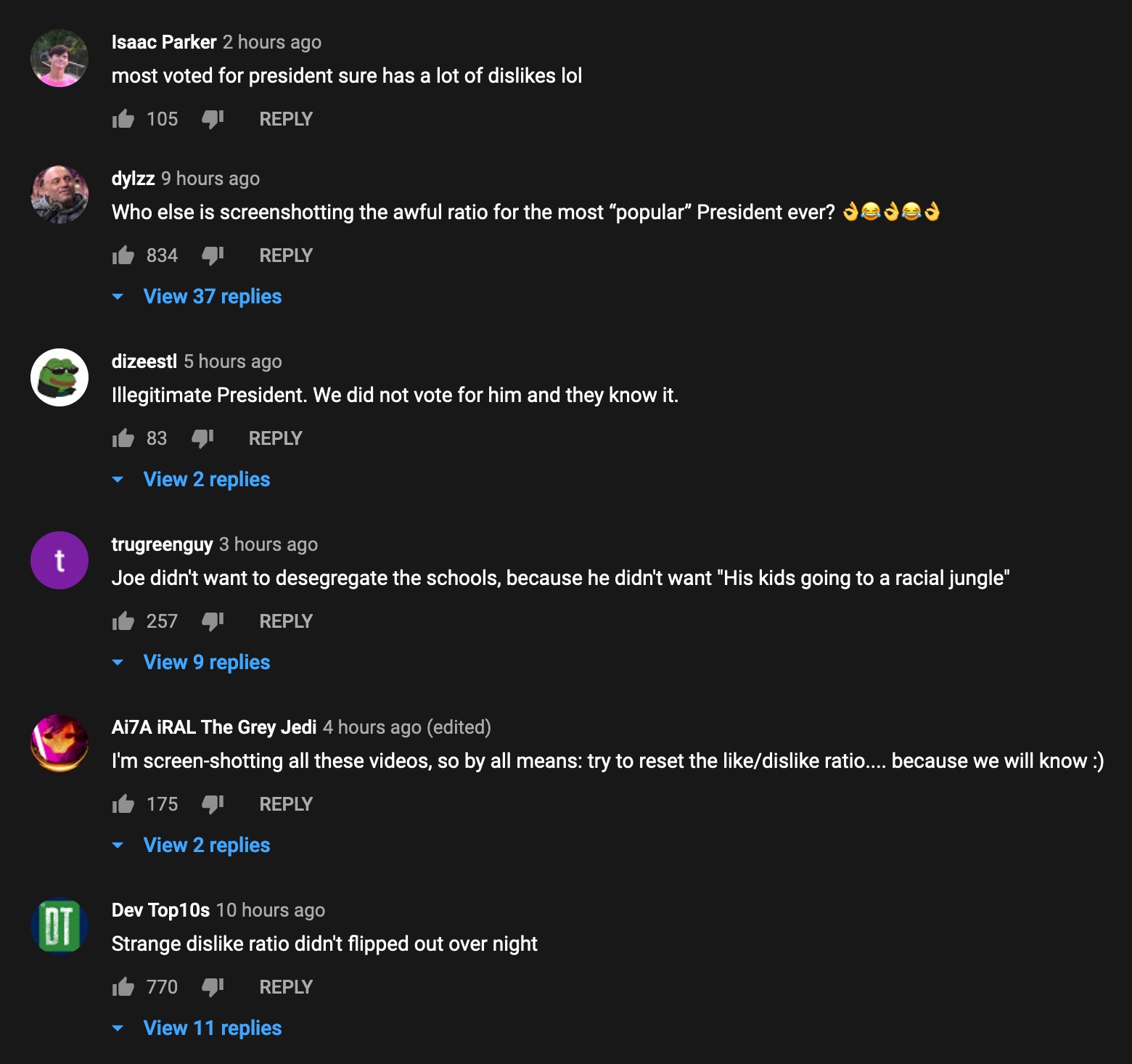 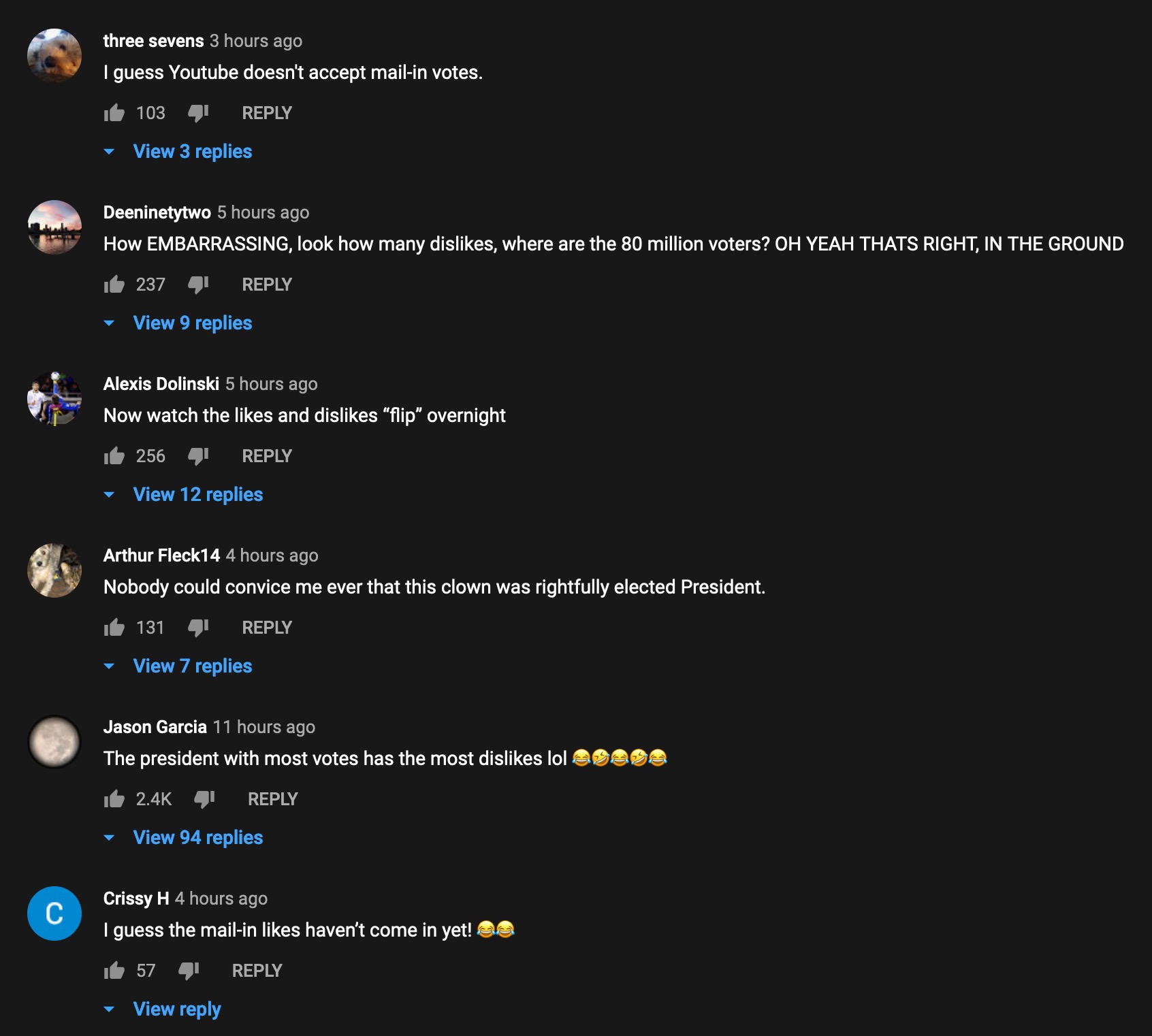 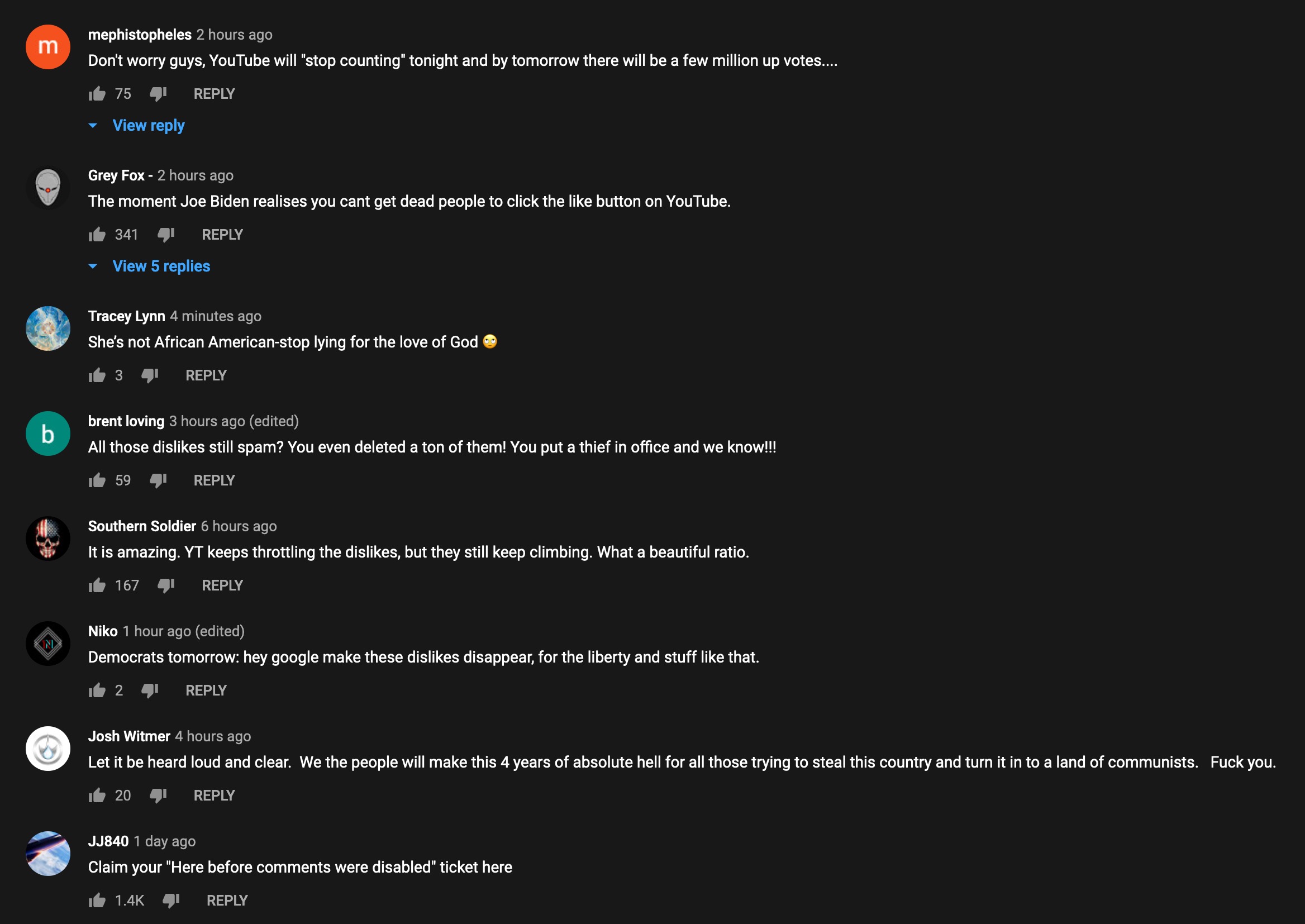 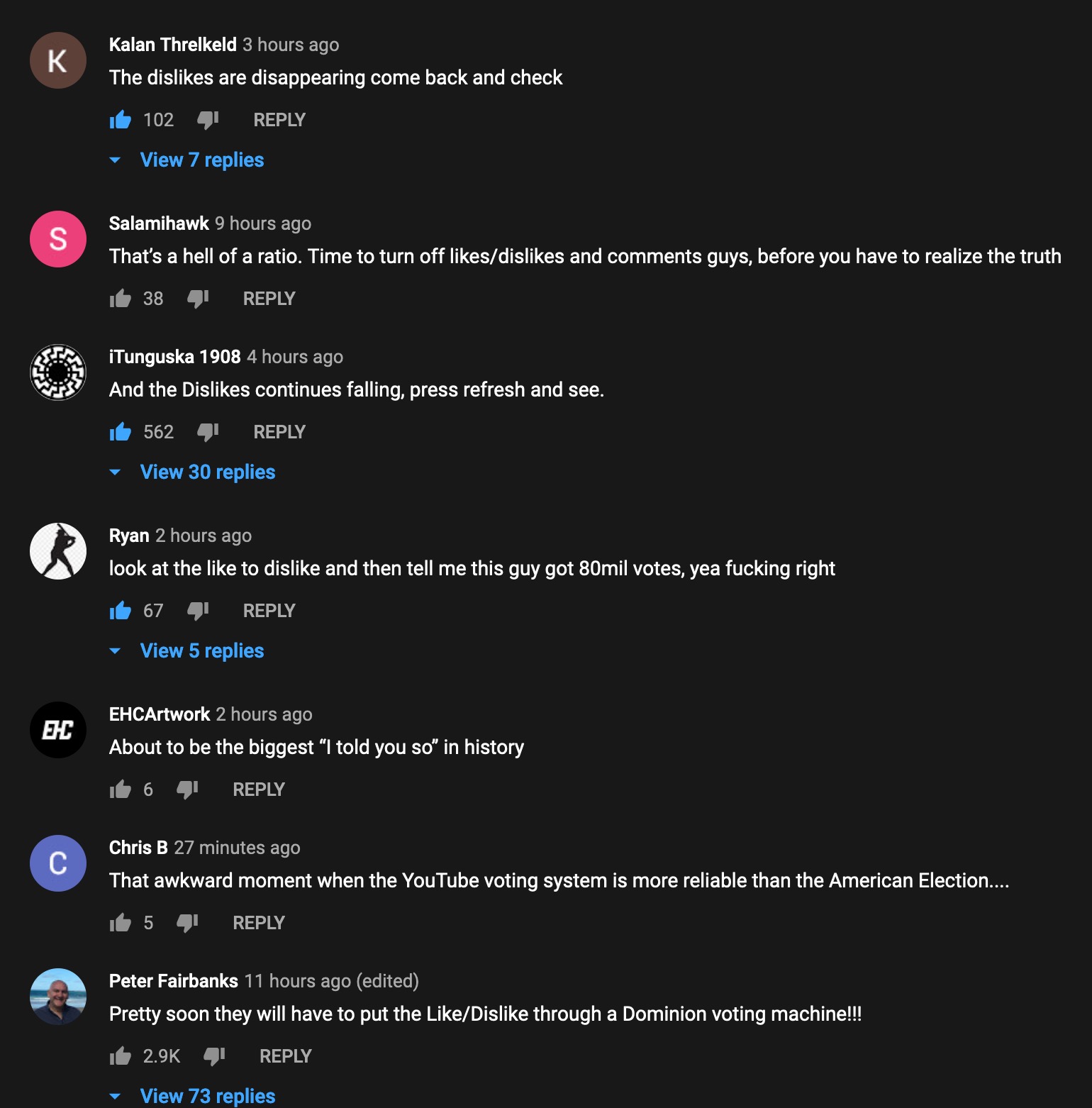