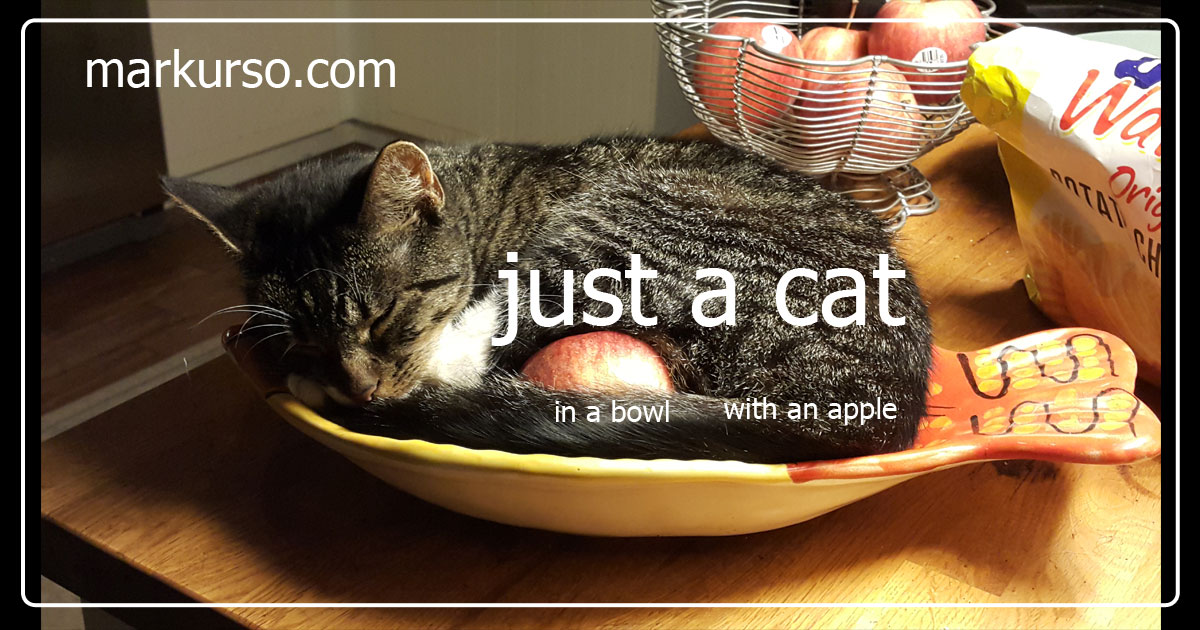 I wrote an article recently about a fisher that ran into my screened-in porch chasing my cat.

I was sure I wanted to, but wasn’t sure how to, respond to the many comments I got from people pleading with me to keep my cat indoors. I don’t want to do that!

It’s not me, really, but I’m a diplomatic kind of soul. If I were the cat, I wouldn’t want me to do that!

If you’re thinking I’m irresponsible with my precious little housecat, Penelope, the love of my life, I would enjoy a good disagreement on that point. I think if I let my cat outdoors and she never came back, it probably wasn’t the fisher; it’s probably that my cat isn’t happy being forced to stay indoors. I’m a human and I’d do the exact same thing. If I knew I’d never be let out, I’d try my hardest to get out and never return.

On the other hand, it could also be my cat doesn’t like me! Either way, I have a different solution for responsible cat ownership. My crazy idea is, go outside with your cat! Bring her on a leash if you have to. Don’t underestimate how smart your cat will be if you propose some sort of compromise. Just like us humans!

Remember, God doesn’t call them housecats; it’s not a species.

I have a screened-in porch, which is like a cat fishbowl; it normally keeps the fishers out and the cat feels like she’s getting some good frog peepin’ time. She doesn’t leave forever because she likes living with me (I think.) Ever since the fisher incident, she never spends the night outside; she comes when I call her, and we have a routine (involving food). She ain’t got no collar but she’s within a holler.

In the video “How To Pet a Chipmunk,” Penelope shows why it’s not just a casual decision to keep your cat indoors all the time. They need fresh air and sunshine just as much as anyone! I have a litter box but my cat doesn’t use it. She’s much healthier and happier going out on “our” terms, and my last cat, Boo Boo, had no rules at all, after starting his life for 8-years as an indoor cat; when I decided to let him out one day, I found we were both endlessly-fascinated by his endless fascination with every sound, every corner to go around, every second that went by. He was afraid, as cats are with new things sometimes, but it was almost as if an inner need was fulfilled. We moved from Providence to Tiverton and Boo Boo got a yard. Years later we moved to Westerly where he would jump onto the roof from the deck rail.

What would you prefer, if you were the cat? If you live in the city, that’s a different story, although there are parks and city streets filled with cool cats walking by!

But if you live in the country, why’d you move there?

Boo Boo lived in the country, to be thirteen loud-purring years-old!