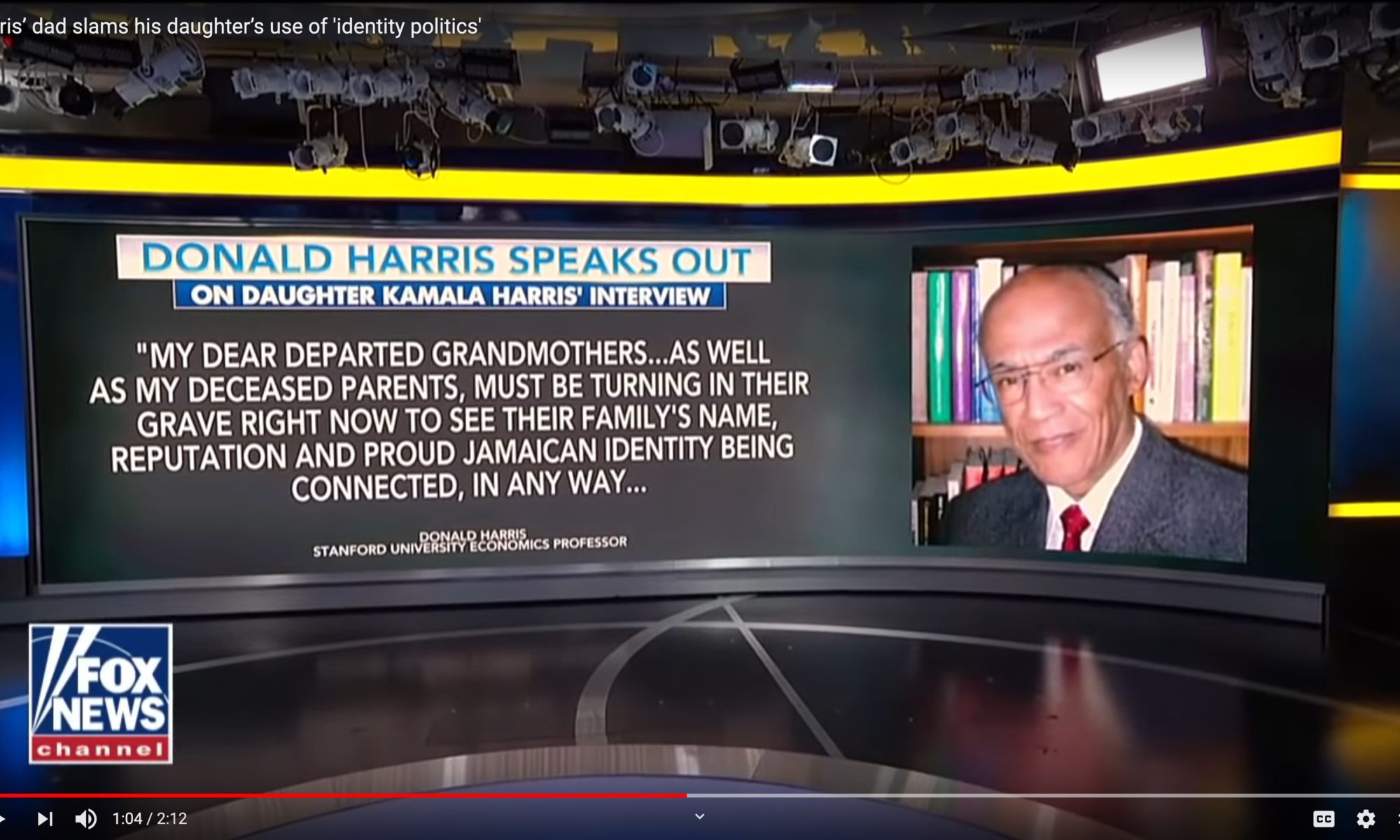 To say Donald Harris, the VP candidate’s father, doesn’t like what his daughter is up to is an understatement. He opposes, as you’ll hear in this Fox news video, the way she pursues “identity politics.”

The Fox reporter slips, saying Harris “wants to be the next President.”

It’s all a big mess, so keep a clear head while watching this.

So much for family values Missus Harris!

Upon slightly closer scrutiny, it seems the Fox reporters should be tested for pot use. Look at this banner, taken from the video above:

Some say the Democrat narrative is to somehow remove the current candidate for President of the United States, Joe Biden, and replace him with someone else.

The idea is apparently contagious!