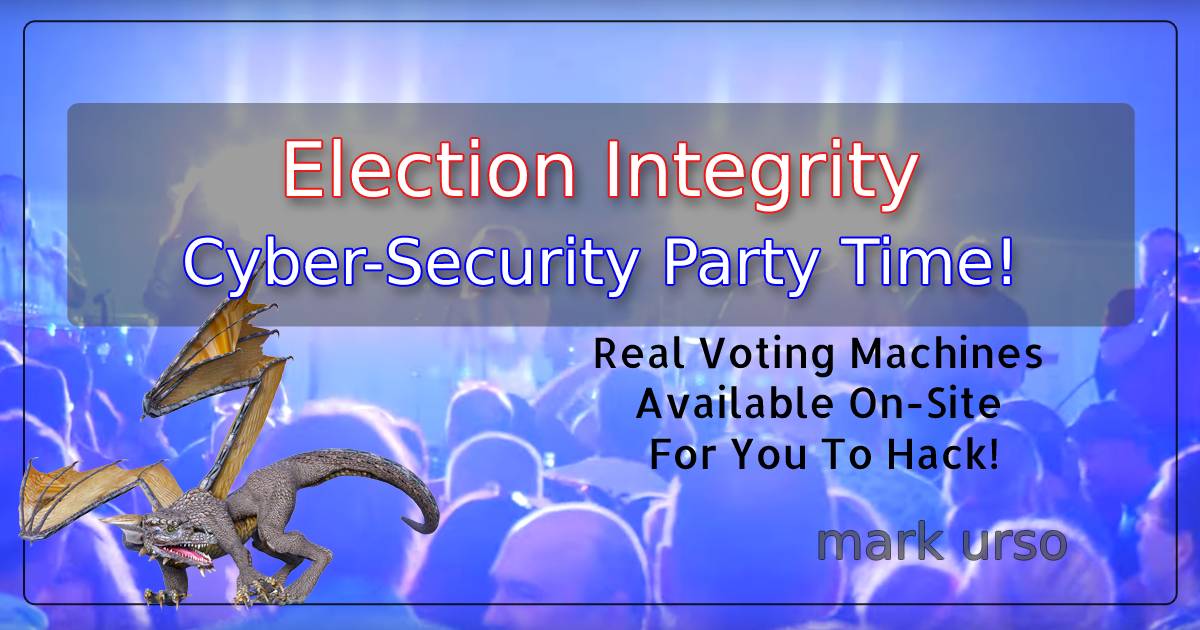 Is it even possible to audit modern voting machines?

Want to have a cyber-security expert party? Let’s do it!
Masks optional! Courtesy of MSM!

HBO’s Kill Chain: The Cyber War on America’s Elections “follows Finnish hacker and cyber security expert Harrie Hursti as he travels across the U.S. and around the world to show how our election systems remain dangerously unprotected.” The video was produced and published in advance of the 2020 US Presidential election.

The world’s foremost experts on hacking tell all in this extensive HBO documentary (YouTube, July 2020). It details problems with election integrity since the beginning of the century, and shows how little has been done to create a system that can be trusted and audited, and how voting machines are fundamentally open to hacking.

There’s even a The New Yorker contributor, Sue Halpern, who says election integrity is “not a partisan issue; Everyone should be concerned about this!”

States taken to task include Georgia, where we’re told Governor Kemp was in charge of the group that oversees election machines during HIS OWN ELECTION when he won the Governorship. When he cast his own vote, the machine spat out an error at him. The machines are 15+ years-old and said to be extremely easy to hack.

Kemp became Gov of GA by being elected by a margin of 1.4%, and Sec of State was also elected – Kemp then chose the lobbyist for ESS, the voting machine company, as his Chief of Staff. Both Kemp and Raffensberger were elected fraudulently on machines proven hackable in 2006.

There’s detail on the Canadian company “Dominion,” who’s voting machines were used in the 2020 disputed US Presidential election, and there’s even a visit to a “Vote Hacking Village,” a conference with experts toying with a room full of real voting machines, with real data from past elections, which were purchased on eBay. 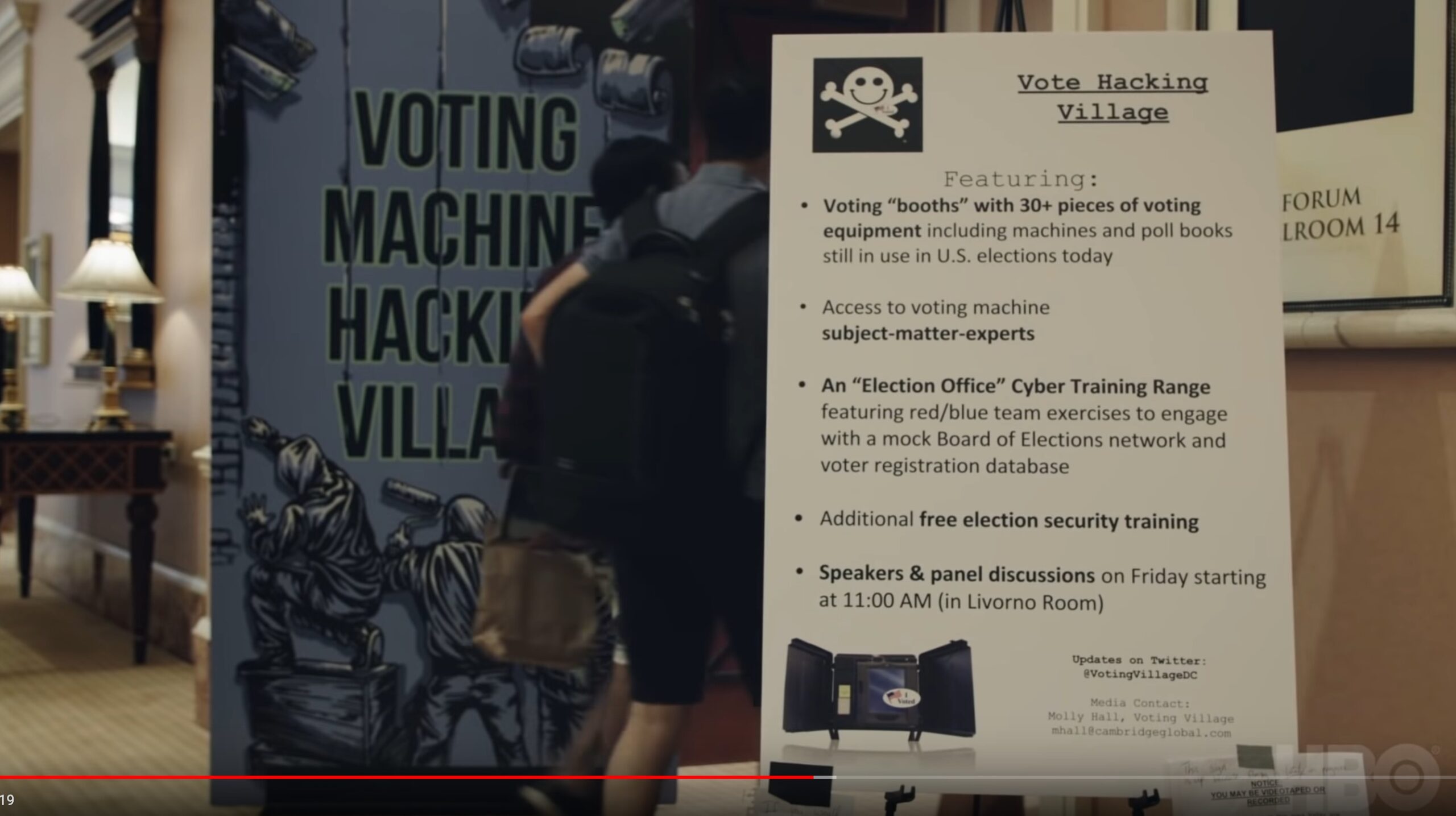 The video, as I write this, is viewable on YouTube. Where we hope it remains, as the popular video hosting platform is striking a virtue pose in an update to its official blog, posting today “we will start removing any piece of content uploaded today (or anytime after) that misleads people by alleging that widespread fraud or errors changed the outcome of the 2020 U.S. Presidential election.” In an attempt to draw a fairer picture, they add “As always, news coverage and commentary on these issues can remain on our site if there’s sufficient education, documentary, scientific or artistic context.”

YouTube’s blog features a bullet list of Most Viewed Election Related Content, listing ABC, NBC and USA Today as top three, which is not entirely consistent over time, as stalwart news outlets like Fox have only recently become (sometimes vastly) outpaced by independents, and Right Side Broadcasting Network far outshone all other YouTube streamers for the most recent “Victory Rally” held by President Trump. Things are changing!

Documentary Info: “In advance of the 2020 U.S. Presidential election, Kill Chain: The Cyber War on America’s Elections takes a deep dive into the weaknesses of today’s election technology, investigating the startling vulnerabilities in America’s voting systems and the alarming risks they pose to our democracy. From filmmakers Simon Ardizzone, Russell Michaels and Sarah Teale — the team behind HBO’s 2006 Emmy®-nominated documentary ‘Hacking Democracy’ — and producer Michael Hirschorn, Kill Chain follows Finnish hacker and cyber security expert Harri Hursti as he travels across the U.S. and around the world to show how our election systems remain dangerously unprotected.”

And finally, what Americans have on their hands right now; we’re told “In October 2018, nearly all paper ballots from the 2016 election were shredded and pulped.” Oddly, all or much of the electronic data was left on machines, piles of which are shown in a warehouse, to be sold to anyone, on eBay.