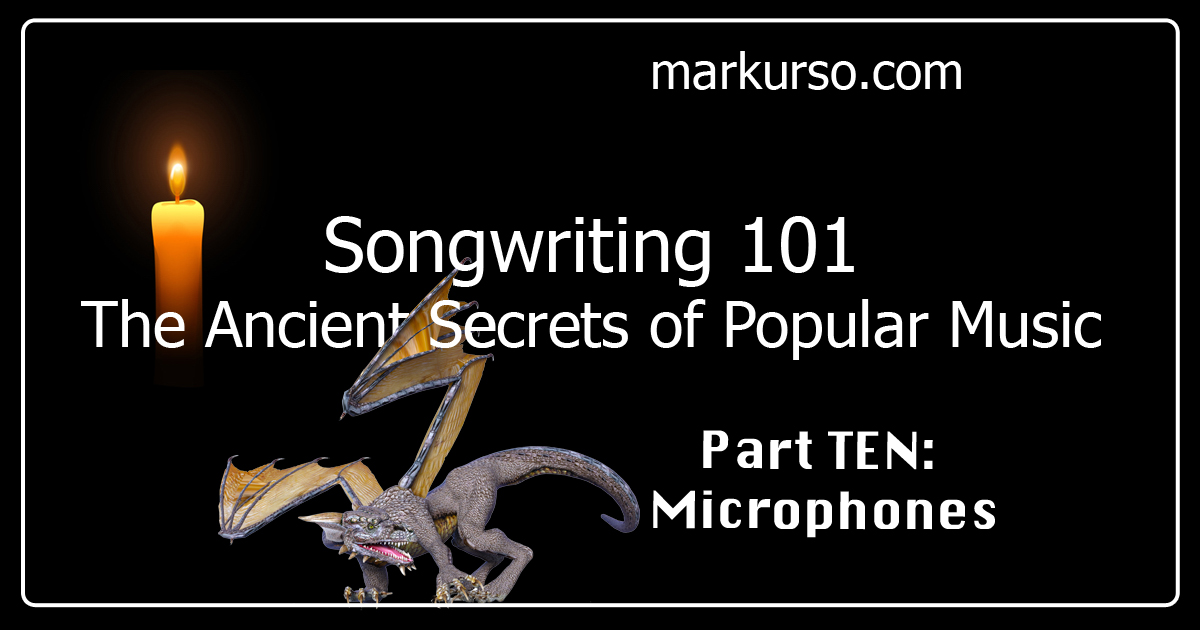 Maybe a Shure SM58. An SM48, which is extremely similar, can be had for fifty bucks. You’ll have a little money left over!

I’ll assume you’re not on stage making your recordings, and you have complete control over ambient sound, and you have good headphones. So you’re looking for, I’m assuming, a studio mic for vocals.

Cheap street is the SM58. It’s a standard mic, with a standard polar pattern, and is usually used on stage, but since we don’t know what your singer sounds like, what your singer prefers, or if you’re looking for a particular sound, why not have a standard-performing mic? It won’t cost $500 – maybe $100.

It’s far more important how your room sounds, how your singer performs and uses the mic, and your studio skills, including knowing how different microphones sound, but I’ll toss out a few suggestions.

None will break your generous bank for a good, standard microphone.

A Shure Beta 87A is a beautiful-sounding microphone, and I’d put it up against a 5-thousand-dollar microphone for many purposes. It’s a super-cardiod pattern, which some singers will love, but others will find unusual. It can be used on stage, and does not pick up sounds behind it, and would make an impressive recording in any environment.

If you want to be able to hear the actual words the singer is singing, a brighter mic with good balance, like a Sennheiser e835 will do very well. Some singers will far prefer this, and you’d be a hero, because with some (baritone) voices, the singer will have never heard themself sounding better.

If you want a fancy, expensive mic to impress people, which is not an unusual thing for a studio to have, I’m not your man. I have a real budget, but I have been in the industry for over 30 years and used a lot of microphones. I can’t stress enough, the actual audio you are recording has to be high quality; the singer has to have a great voice and know how to use both his/her voice and the equipment; otherwise you can spend a billion and get crap.

Beyond that, recording a piano in a famous church, the techs are trying to get unaltered 3-dimensional sound, and they might use some expensive microphones, which they can afford. But that doesn’t mean a $5000 microphone does ANYTHING a well-selected $300 microphone can’t do just as well. I like the Beta 87a for non-colored captures.

Here’s my suggestion, if you have $500. Buy either an SM58 or a couple SM48s. They are so similar it’s odd the 48 exists, but it costs about half as much. If you shop well, you’ll have $400 left over. Use the mics. While using them, practice using all your gear, begin to train your ears, and make a goal of maximizing the audio you are getting from the SM58 (or other similar standard mic). Do not buy “just any inexpensive mic.” I have heard unknown-brand microphones that sounded worse than the tiny microphone on your cellphone. There are some remarkably bad microphones out there, and they’re nearly a sin to have in your kit, because using one is like driving in a championship race with a flat tire; it’s a foregone conclusion you will not get good sound.

When I say “train your ears,” the idea is, if you don’t already own a (single) SM58, you’re missing the most basic, most used and most expected microphone for singers. It’s like having a missing wheel. Your kit needs one. But more importantly, you need a reference before spending more money.

After getting used to the SM58 and perfecting its use, when you buy your second mic, with the money you still have, you’ll have something standard to compare it to. Thus, for example, your singer will sound great with the SM58, but might love or hate the Sennheiser. Without the standard, it’s a crap shoot.

Original question: If I can only afford one microphone under $500 to record vocals with what should I get?

One Reply to “If I can only afford one microphone under $500 to record vocals with what should I get?”