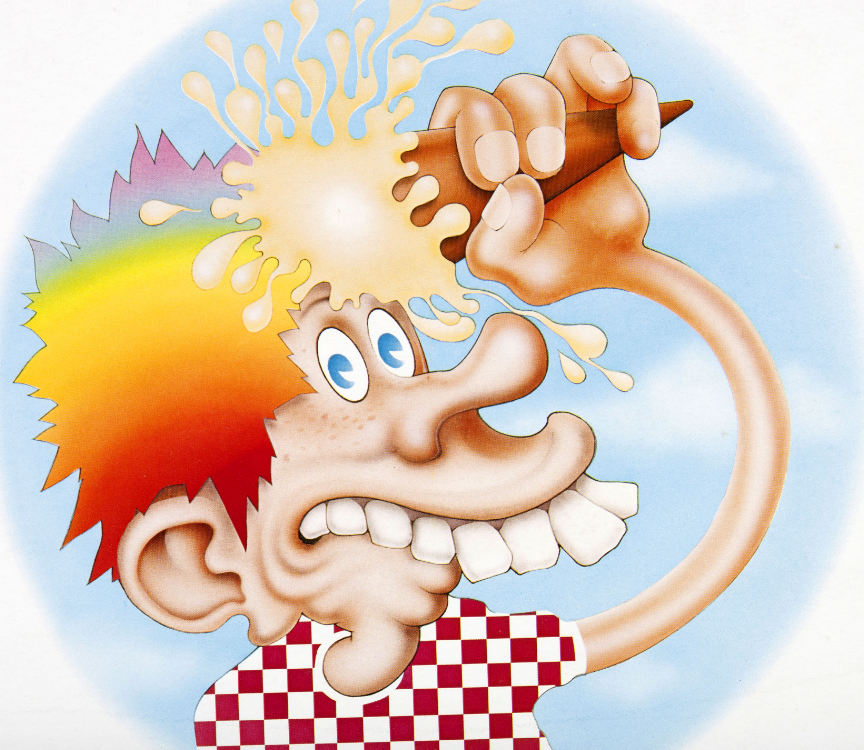 It’s just impossible to select a Grateful Dead record out of the many that influenced me, but this double album I’d be proud to be seen carrying around!

After all, this record contains the definitive version of China Cat Sunflower, and throughout the record there’s a little overdubbing, but Jerry actually plays his lead solos in stereo, with a stereo guitar!

Give it a listen if you’re looking for a great Grateful Dead record! It’s my #2 influencer!

It features a boy smashing an ice cream against his head in cartoon art on the cover, and often contains fragments of marijuana in its binding!

Along with “What a Long, Strange Trip it’s Been” (the black one with the red cryptic letters on the cover) and Skulls and Roses (the one with the skeleton and the roses), this record, had it been the only record I ever owned, would have been enough.

When I was younger, in my room in Westerly RI, late at night, I remember listening to “Bear’s Choice” very quietly, so as to not wake anyone up. There’s a song with the lyric “blow your whistle freight train,” and when Jerry sang it, at that exact moment I heard the whistle of a train about a mile away just faintly in the distance … in real life.

“Choooooooooo!” … pretty sure the monkey had the locomotive under control!!

That’s how real my music can be!