I’ve learned something about troubled young people. I spend more time these days on Quora, where I have an established audience for my mental health preachings. Before I speak in layman’s-statistics-style, I’ll be general.

Quora is a place anyone can ask a question, and anyone, showing their credentials, can answer. I spend time in the mental health section trying to help people. I’m 56, well experienced and self published, and I find it gratifying thinking I might help someone.

Out of everyone in the topic of mental health, depression and anxiety are popular topics, and 1/3 of the questions seem to be asked by young people, say 12 to 15, both sexes, or we don’t know their sex. 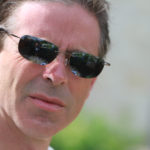 Another third of the depression and anxiety questions seem to be from people in their early twenties. The remaining third tend to be questions that are not intended for someone’s personal situation, but for general discussion, and so aren’t revealing of an individual with an issue, and could be asked even by a robot.

That’s a lot of young people talking about depression. The problem is, we can see clearly, older folks are not asking the forum -They are nearly completely absent. This must be because they have more experience, but also more education, and specifically because they aren’t playing around with concepts.

Older people, who aren’t asking questions, may have an actual diagnosis, know their own background, not wonder and speculate about their illness, and may have talked with other people about it.

This exact attitude is a perfect example of the budding heartbeat of an addict/alcoholic career.

Obstinance mixed with self righteousness, despite inexperience and lack of education. Pride, confused in-the-moment.

It’s like dancing on the table in your underpants, and having everyone applaud and laugh, thinking you’re the funniest guy in town, then you pick up a hot chick before the night is over, thinking your dreams come true when you act up, be rebellious and go against the tide.

It’s a lazy way to seek others’ approval of false-uniqueness, that has no future benefit on a long road, self-fulfills on the long-term, and doesn’t make you unique.

This is a very specific attitude and group of people. They wish, not having the experience, and clearly not the knowledge, to be unique among their peers, and exonerated because they get short-term sympathy when they play their cards right, by pretending to have a mental illness.

They know neither how guilty or innocent they are of this, because they have no yardstick, they’re too young. It’s just basic self-pity. It’s like drinking a beer before you’re old enough, then complaining that somebody else made you do it, but in your imagination, the whole idea is very glamorous.

Convenience thinking, to get away with big boy behavior, but without any consequences.

They’re testing the waters, sure, but they sometimes act belligerent and rude, often self righteous, and don’t make an effort to get a therapist, which would lead to a possible diagnosis (or non-diagnosis).

It’s a self-diagnosis that turns into a mental trauma, just in the person’s imagination. A desire to be exonerated, while doing nothing worthwhile at all.

You’ll see questions like “How can I deal with my depression without a therapist?” or “Why don’t my parents believe I have depression?” and comments like “My family is making me more depressed!”

It sometimes seems, blatantly, not only that they’re young, but they have no therapist, but nevertheless aren’t even questioning that they’re depressed.

The problem is, if you follow the news, celebrities are committing suicide because of depression, but at the same time, we use the same word for something that happens to every kid, and it won’t change when they’re an adult, normal depression.

It’s understandable the kids might be confused. Now, you can probably see the bridge that appears, when the same young person says their parents always argue with them about this, claiming they’re not really depressed. Well, only the kid knows how he really feels, and it IS possible for a 12 year-old to have clinical depression. You’re going to smart yourself right into an institution.

I say, be careful what you wish for!

The lack of a corrective psychological posture at a young age can lead to nothing but stunted growth.

You can see another bridge, to another neverland, appear, when that same young person refuses to get a therapist. Therapists are typically gatekeepers for psychiatrists, and meds, and diagnoses and reasonable approaches to getting better.

There’s something interesting about the combination of naivete, and the results of being overconfident to the point of being obstinate.

If this is a topic that interests you, hit up my quora profile! Feel free to share my articles!

Visit my blog at markurso.com!