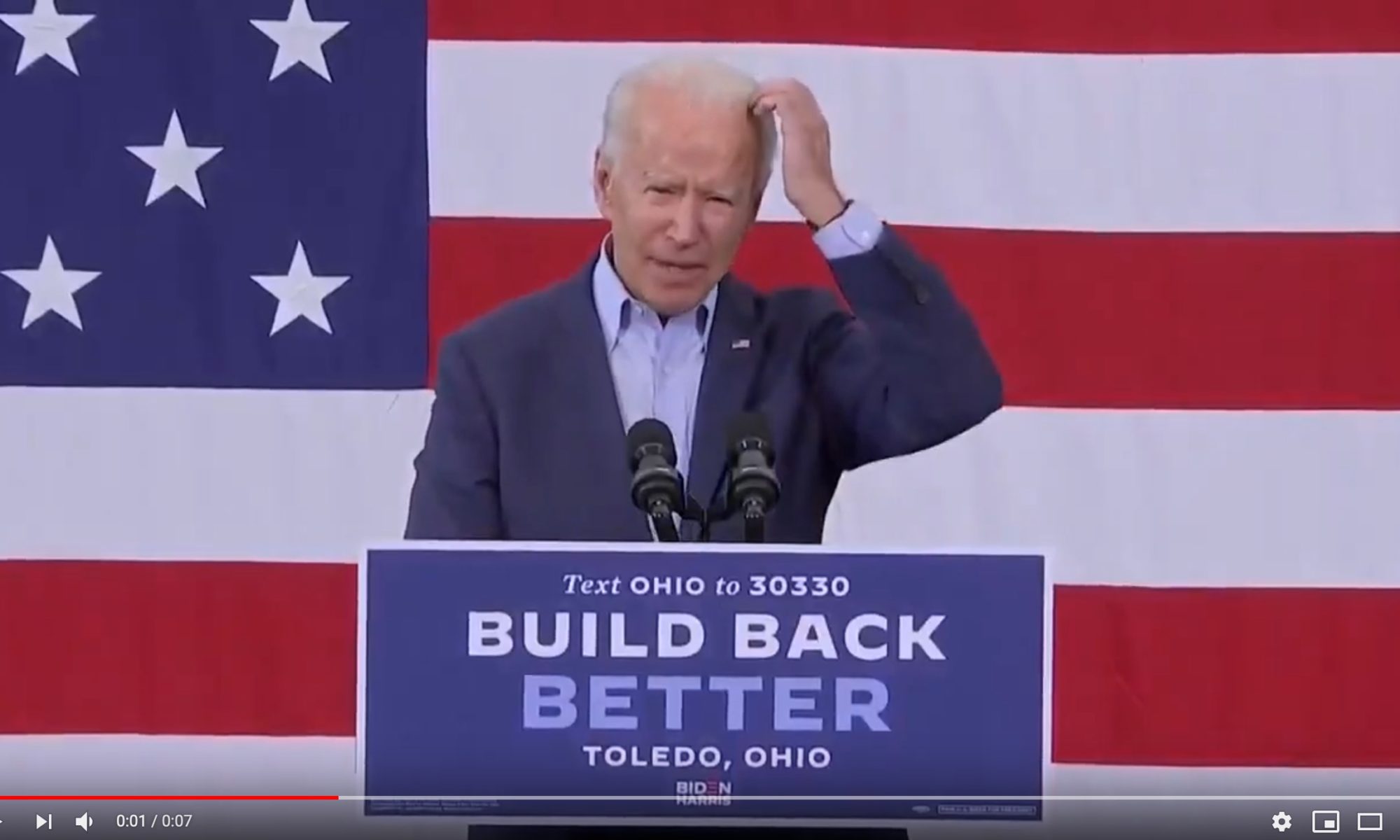 faux pas /fō ˈpä/ noun:
An embarrassing or tactless act or remark in a social situation.

While President Trump, Biden’s opponent, was filling a stadium for a 7PM campaign rally (tonight) in Florida, Biden did this today. I didn’t see the crowd Biden got, but yesterday Biden held a rally in Arizona, where no-one showed up, and a local television station covered it.

There’s not much to say about that.

Back to today, while Biden got a few supporters to talk to, sitting in cars at a drive-in, the energy was quiet, with the only cheering to be heard coming from Trump supporters across the street.

Thanks to James Woods and Cari Kelemen for the great updates!

James is an actor, Cari’s a podcaster, I’m a blogger, Trump’s a president, and, just for the record, Biden’s a candidate for President!

One Reply to “Faux Pas a La Joe Biden Continued …”