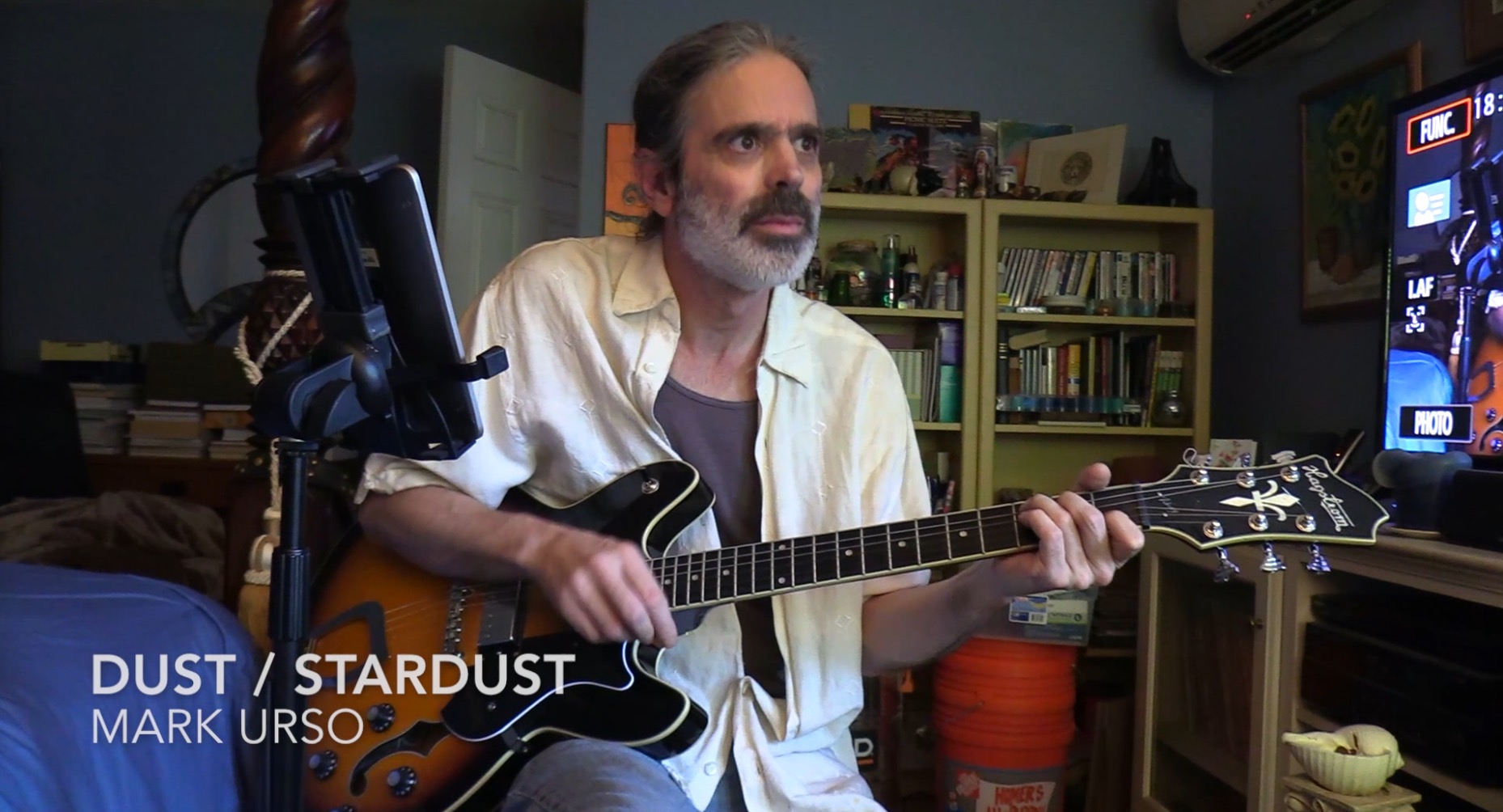 The first song, “Dust,” from Fleetwood Mac, has always been a favorite of mine (1972, “Bare Trees”). Danny Kirwin (who played guitar for Fleetwood Mac along with Bob Welch, before Lindsay Buckingham, who joined in 1975 and co-wrote on 1977’s “Rumors”) wrote this music to an old poem about death.

I’ll transition into “Stardust,” a treat for jazz fans! It’s about life, and love gone by. It was also written originally as a poem without music.

The Poems are below …

When the white flame in us is gone,
And we that lost the world’s delight
Stiffen in darkness, left alone
To crumble in our separate night;

When your swift hair is quiet in death,
And through the lips corruption thrust
Has stilled the labour of my breath
When we are dust, when we are dust!

Not dead, not undesirous yet,
Still sentient, still unsatisfied,
We’ll ride the air, and shine and flit,
Around the places where we died,

And dance as dust before the sun,
And light of foot, and unconfined,
Hurry from road to road, and run
About the errands of the wind.

And every mote, on earth or air,
Will speed and gleam, down later days,
And like a secret pilgrim fare
By eager and invisible ways,

Nor ever rest, nor ever lie,
Till, beyond thinking, out of view,
One mote of all the dust that’s I
Shall meet one atom that was you.

Then in some garden hushed from wind,
Warm in a sunset’s afterglow,
The lovers in the flowers will find
A sweet and strange unquiet grow

Upon the peace; and, past desiring,
So high a beauty in the air,
And such a light, and such a quiring,
And such a radiant ecstasy there,

They’ll know not if it’s fire, or dew,
Or out of earth, or in the height,
Singing, or flame, or scent, or hue,
Or two that pass, in light, to light,

Out of the garden higher, higher…
But in that instant they shall learn
The shattering fury of our fire,
And the weak passionless hearts will burn

And faint in that amazing glow,
Until the darkness close above;
And they will know—poor fools, they’ll know!
One moment, what it is to love.

Sometimes I wonder why I spend the lonely night
Dreaming of a song
The melody haunts my reverie
And I am once again with you!

When our love was new, and each kiss
An inspiration!
But that was long ago, and now my consolation
Is in the stardust of a song

Beside the garden wall, when stars are bright
You are in my arms
The nightingale tells its fairy tale
Of paradise where roses bloom