Reality is like silly putty, meldable and tolerant, like a children’s story that never grows old. And though every moment we interact within a society-bubble, the human magic carpet ride is a personal experience. If you don’t like it … you can show us how to make it better!

We have two realities: the one happening right now, the current and present … and the reality of our memory, an assemblage of events colored by time; shelved, prioritized and recreated at the speed of real time in the wisp of a thought.

Your life is like a snow globe full of memories.

Everything we know exists in memory reality. The current and present, we as humans scold ourselves, we don’t pay attention to very much. But that’s how it should be, because the current and present is a very small part of what we know. Our sensitivities, eyes and ears, bring-in important new information, but it’s like a sprinkle upon the vast universe that is memory. We are not amazed like a kitten at the crick of a cricket because it’s not our first time hearing it. Essentially everything is contained in memory. Its reassemblage and how we change the stories can create big differences between people with similar circumstances … alternate realities.

And although facts are not colorable, everything else is, in such a way a happy reality becomes a little happier; a sad story a little sadder; a mean word more dramatic as the story’s retold … rethunk … over time.

The Universe itself, starting off as incomprehensible, spins off into unmanageable immediately, and humans sign such things off as impossible to figure out. We live comfortably among enormous mysteries this way.

If you want to love someone, you can, even if you’ve never met them!

Fear can be created in a crowd of strangers at a carnival spook show virtue of nothing but power of suggestion. Commonality in a crowd’s in-unison screaming enhances the effect; everyone imagining the same fright, all together safely. We seek out scenarios that taunt our imaginations; we live entirely in them.

The Life of a Thought

Think about watching the hands of a clock. 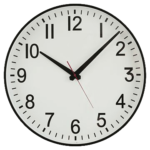 Now think fast! It could be argued the current and present flies by so fast we are in it but never experiencing it; we’re just not fast enough; we’re always behind the ticker, always experiencing processed thoughts, not immediacy. The concept of immediacy is only a theory; in a pure sense, we see, think, acknowledge, and then remember; but we never “live in the moment.” It’s impossible, simply because of the “seemingly-instantaneous” time it takes for us to process what we experience!

Humans are constantly filtering information. Imagine missing a couple days of school; it’s hard to catch up; the mind works this way all the time – stuffing new information into appropriate places best it can on-the-fly. This process is necessarily opinionated. A thought, no matter how boring or factual, never escapes opinion; the moment a message is heard it’s assigned a road to go down in memory. In a powerfully-passive way an “unbiased” category doesn’t exist in the human mind. Thoughts are automatically-subjective.

Sure, two plus two equals four, and you have no opinion about it … but if you hadn’t called up this fact today before reading this, you might have an opinion about it – for most people 2+2 is not an important thing to think about; it’s dull. Such memories are archived. On the other hand, if you were a mathematician you might say “but I was just thinking how important 2+2 is!” Different opinion!

Two practical theories about reality … one, that we should live more in the current and present, and two, that we can’t change reality … both blow themselves up if we’re honest about what reality “really” is.

What is it you know … really know? Someone could theorize about you and what you like … but no-one really knows how you feel. 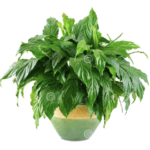 Consider the way we absorb through categorization filters; immediately tagging information as to whether or not we care about it … keeping dearer information we “like,” as if the incoming fact is immediately tainted with our personality. Even the current and present is seen with glasses on. Then the memory thrives like a well-cared-for plant if it’s a favorite. And one day, farther in the future, that fondly-remembered plant achieves a new reality in memory, at its biggest, most lush and full of life!

This is what you’re made of! At no point during the process were you forced to think one way or another. Not only can we change the current and present, we do it automatically and instinctively as a way of clarifying our surroundings. Simple attitude is our “present,” and it constantly colors our past and steers our future.

Reality is malleable. Most people would never be able to accomplish “not” changing reality as soon as it’s perceived; such a task might be accomplishable by a Buddhist monk, maybe, some theoretical expert.

But really … who cares? I suppose all this overthinking is just my way of saying you can change your reality, and don’t let anyone tell you you can’t! You can hate it when it snows in your globe … or fall in love with every single flake; it’s completely up to you.

One Reply to “Don’t Like Reality? Change It! (A Meditation)”