My stepson Todd and I went kayaking recently on the river where I live. I’m not alone, accompanied in my river habitat by impressive creatures, from tiny lobster-like critters determined to cross the lawn in the spring, to overgrown slow-motion snapping turtles and prehistoric-looking great blue herons.

The herons are big and have zombie eyes. Todd and I both got a good look that day on the river. As we approached a wide corner, the background a big spread of low-lying grass where “Mister Blue” (I just made that up now) likes to hang around, I told Todd “We’ll see him up here … I’ll flush him out!” Feeling confident, we pushed forward on the water a little and got close to the edge of the grassy area. The river was quiet and the sun was out, and when you embark on this kind of kayak adventure you almost immediately feel like you’re in a very remote place … making us a couple Indians using primitive tools to interface with nature, who’s eyes were surely upon us at this moment.

And I felt reassured in my confidence, because “Big Blue” (better?) made a big (the only kind he knows) appearance right away. He spread his wings and made a fast getaway, one of his best skills, along with eating large fish whole. Problem was, Todd didn’t get a good look. So, as Indians do, we pushed forward deeper into the woods, as fast as the kayaks could carry us. Along and around … the next curve … to a straightaway! At this point we stopped for a chat, and the big bird, as if on cue, came to see what we were all about. He flew along the straight line of the river’s edge, just above the trees. We both got a good look right into his eyes. They are the eyes of a pterodactyl.

I mention this story to take a break from all the serious stuff. I love nature and the universe and enjoy writing about everything around me, to examine it, to showcase the impossible, impressive and bizarre, and to make fun. Sometimes I create creatures purely for entertainment, and sometimes I can’t resist a serious topic that needs a stab. But right in the middle of whatever I’m writing about, I think you need to take a break sometimes.

All this universe stuff is head-heavy. So we went out on the river for a bit. And now, for no reason but your enjoyment, have a snack and enjoy the lyrics to the title track from my CD “Share The Moon!” I’ve included the song track below too, to help make your break at least three minutes and twenty-one seconds long!

Standing too close to the edge of the stage
Creature of beauty, drama and rage
You kick me when I’m down, like you’re kickin’ a tire
I can tell you want to kiss me, but you’re breathin’ fire!

I don’t wanna share my moon with you!
It’s okay for most other animals in the zoo
But I wish a black sky, would be cast over you
When I catch sight of my moon’s sultry glow

You’re a dragon you know I just found out too late
Night time it no longer feels so great
Me I’m runnin’ so fast I need roller skates
To go see my lawyer; gonna set up a case

You’ll regret it I promise; you’ll find out too soon
My lawyer will put an end to this swoon
It’ll be clear sailing in the courtroom
Justice prevail! All I want is the moon!

I don’t wanna share my moon with you!
Want something to gaze at? Go get a tattoo!
A lifetime of overcast nights for you
Enough with your wicked moonlight voodoo!

It’s mine, all mine, keep your greedy eyes
Out of my particular section of sky!
You and your vindictive dragon paws
Are violating my free sky laws!

I don’t wanna share my moon with you!
You’d be better off if you just withdrew
I’m not gonna start tryin’ to understand you
Miles away, and you ruin the view!

From “Share The Moon,” featuring 11 originals and covers of Elton John, The Grateful Dead, Bruce Springsteen and the Wizard of Oz! 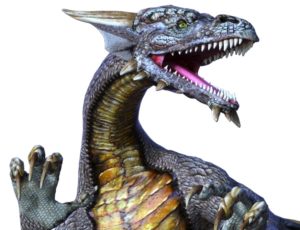