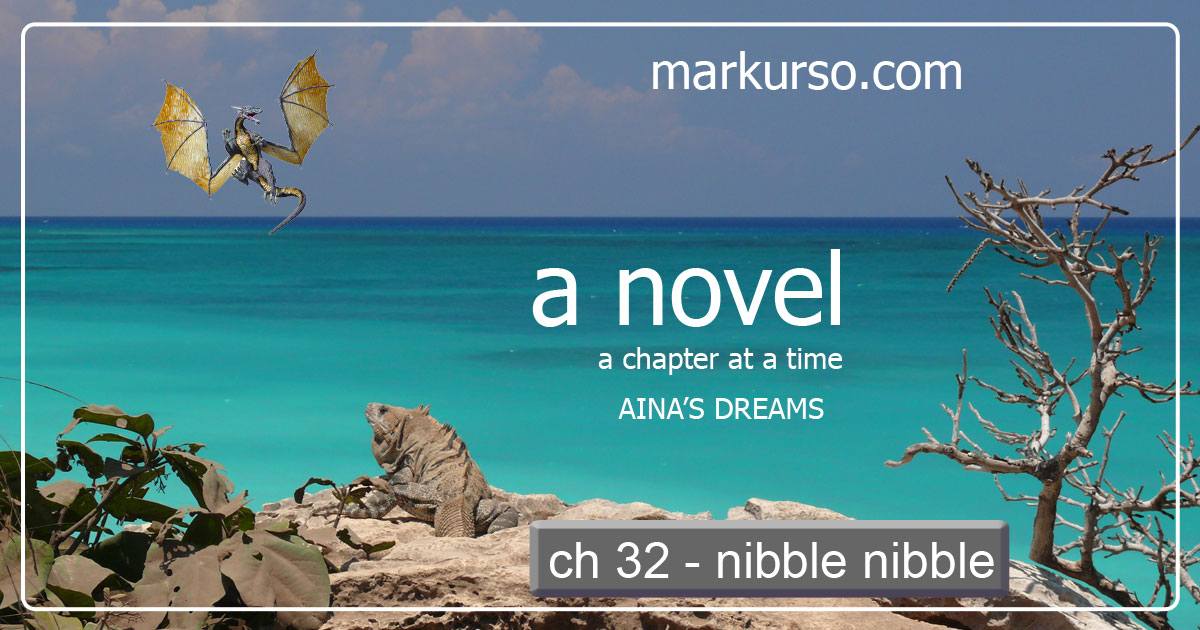 The following is a sample from my first novel. Hint: it’s about a cat named Fuzz and a girl name Aina!

“How many times will we have Beef Wellington today!” Aina kept the smile going as she rocked, up and … yes, feet on the floor … to deliver some food to Fuzz, for sure!

“Make it so!” would be what Aina said usually, doing her best “Picard” voice, and not bad for a girl, Fuzz thought … when the actual food delivery took place, and this moment, which was happening right now, is, for Fuzz, the most wonderful blend of technological imagery and stark, hunger satisfying, undeniable, reality. He felt both the satisfaction of food, and of having succeeded in hurrying the process along. He was in charge of the rhythm, after all!

Not being a fool, Fuzz knew his number one strength was his extreme cuteness, but it seemed to him very easy to accomplish, and, while he dutifully tended to his own appearance, he didn’t think it was everything he had to offer.

This all while he’s stuffing his tiny cat mouth. There’s lots of time, from Fuzz’s point of view, to think, during dinner. He has complete control, it often occurs to him, of the length of the meal, and the pace of it. Beyond the obvious fact he has a very small mouth and can only eat so fast.

The slower he ate, also, the longer it lasted, of course, and the more food there would be over time … and … when he ate slowly, Aina would forget about him because a bit of time would go by with his tiny head stuck nibbling in the food bowl … and he would, essentially, just for then, be invisible.

With his own thoughts.

Often wondering, while nibbling, what, not to change the subject … a “gobbledegook” is … and also a “poppycock” … that’s one she says all the time!

The poppycock, he thinks, maybe … he’d like to meet!

The above is presented as a teaser for the colorul urban fantasy novel “Share The Moon, Episode 1, Aina’s Dreams,” by Mark Urso