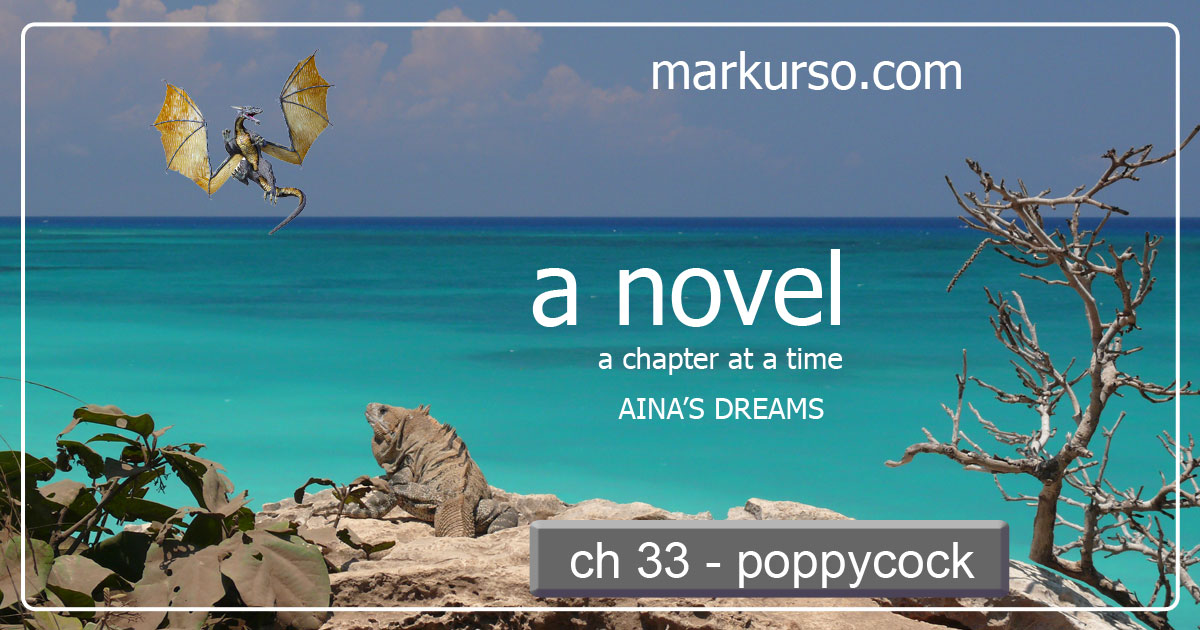 The following is a sample from my first novel, “Share The Moon, Episode 1, Aina’s Dreams,” available directly from me through Amazon or in my own store! The previous chapter is here. Enjoy!

“I’m just going to grab some leftovers; don’t worry about meeee!” the smiling girl must have sung, but Fuzz could only hear it, head stuck in bowl and all, a little in the background. He need not respond, either, he thought, due to the uncertainty about who she was talking to, pretty sure he had achieved invisibility by then.

“You’ll get along great with the poppycock, when you meet him!” Aina threw a tease the busy cat’s way, which Fuzz hated, when she would start a perfectly good conversation knowing perfectly well he couldn’t participate because of his invisibility.

With whom, she was speaking, Fuzz assumed, was him, as he was, technically, the only other person in the room, for practical purposes, even though he was a cat.

“An INVISIBLE one!” he’d think he’d like to lash out at moments like this, just about now. But nibble by nibble he resisted that very urge … as if to prove a point.

An invisible cat wouldn’t lash out … of course …

“It’s okay, honey; we were just a little worried where you were!” … the words coming through a wall, a surprise to everybody! Aina covered her mouth in astonishment, now knowing for certain … she was being eavesdropped on!

Mrs. Oldsey sounded happy, which she never did.

“A new way to communicate!” Aina thought to herself … “With bare feet, and whiskey!” … as she hopped … Fuzz thought he heard … back up, into the comfort of the pink comforter. “Isn’t everybody happy she’s home!” Aina thought, of herself, to herself, carefully considering the possibility, as she lay on her back, of complete and total surrender to that same comforter. It will be time soon, she thought, arms stretched over her head, head turned toward the fireplace mantle, adorned with the heroes of the animal kingdom … dinosaurs … dragons … and goblins.

Thank you for reading my samples!

Please go to Amazon or my store to purchase the book!