(Below is excerpted from “Share The Moon, Espisode 2, Esteban Escobar,” which is near completion. Please leave a comment!)

Esteban had been so difficult to corner, authorities in Colombia, where he was being pursued to answer drug-smuggling charges, agreed to arrest him with concessions, like allowing him to give his side of the “story” and speak to the citizenry on the street in front of the Ministry of Justice, broadcast on television, an event that would become known as the “Field of Freedom” speech. Escobar was not apologetic and admitted no wrongdoing. 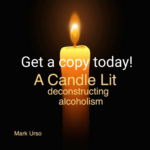 Aina was asleep during the speech, but the TV was on and she took most of it in unconsciously, the whole time dreaming about Esteban delivering almost exactly the same speech. When she awoke she had a vision of him fresh in her mind, peeling a banana on a Colombian street, with the old city encircling him like a vast arena, the hills all around coming up properly like stadium seating filled with an enormous, confused, crowd; the phrase “The Face of God” reverberating through the air, cheers mixing with hums, mumbles and boos.

On the TV the scene was much less dramatic! But a little confused, she rubbed her eyes; thinking she may be trying, in her imagination, to have a little company in her confusion! A nice crowd!

Later that day the real speech was in the paper. Aina would admit she was impressed. Not a “follower,” but she understood the attraction. Escobar was like a polite rebel. He talked about God like a fanatic, coming close to forgiving himself as if he had the power, and about freedom, as if he had invented it. Something about his view of reality she found settling. Reading the paper, it was as if her dream was unfolding before her eyes.

But Escobar seemed too smart, and Aina didn’t want to fall into any fantasies he created. She thought it sounded like he was speaking at his very own funeral!

“My people, what is the face of God?

Who is he! Does he even have a face?

Does he walk the Earth? Does he travel alone, or with his Son and the Holy Spirit? Does he laugh?

Eden has grown corrupt. Your family will grow beyond the destruction. Your good men will not be destroyed along with the evil ones. The fate of the wicked is for the wicked only, and even they can repent.

(emotional pause) My people, do not condemn me! 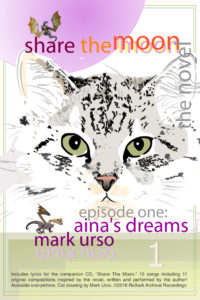 Bligh took Tahiti and faced justice but was not condemned; his judge said ‘We can not put justice aboard our ships in books. We can not condemn zeal.’

And what is faith, Abraham? What good can it do if we don’t know what good it does? What use is it to us when we are face to face with our earthly opponent? Shall we slay him, because if we don’t we can not protect our God-given family!

The face of God, amigos, is the face of men. The tears of both Saint Teresa and Tammy Bakker, who we honor while burning their ministries to the ground. We are all billed for work never completed, and only God knows where the money goes!

The face of God is the fear our world will crumble, and the hope she’ll be saved; he watches cocaine bleed the motherland and arms both sides. He is the reality you see, and you must see it for what it is, for the face of God is waiting for you to join him, and if you are a sinner, to repent and be saved. This can not be done in a field of narcissus; it must be in the rain, if it is raining; in the field of battle if there is war, in your shattered family if you have befriended the devil. The wind is tainted with freedom, and it doesn’t always feel good, for freedom must be fought, and when we are too old to fight, we must rely on lessons taught our children. 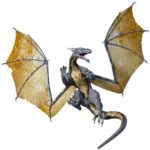 It was not easy for Noah to build an ark. He didn’t have an easier option. The real burden, my dears, is not the search for the face of God, because you will never find it, but to rise up and define justice for our families; not to search, but to lead!

Abraham is not dead. He’s here, waiting, poised and posing, hoping to be chosen. God is looking for a conversation with man. He wishes for all of us to be Abraham. It is up to man to produce the leader, one who sees all but at the same time is blind to his own limitations; a leader who’s heart is focused.

Hesiod created Echidna and Homer Achilles, not for themselves, but for an audience no different than today’s. Man creates war, seeks peace, comes close, and then fails. He injures his friend then consoles him, hoping both actions endear him to God, because all he cares about is himself, and the whole of what he seeks is like a vivid motion picture portraying a twisted dance with the devil; no gospel can be heard above it’s roar.

No man created God, nor will any understand him. But we are bound to this vivid dream. At least let’s be honest about the dream! By its very nature, prayer does nothing; it is pure hope, and on it rests faith, and on that rests our salvation. This is a journey of honesty, mis amigos. Brutal honesty. It is the only tool we are given.

So while you say your prayers, let me be honest about my soul!

May your accounts be clear and your chocolate thick! I don’t want your hush money. But I am not hanging up my shoes!”

His final chants of “Viva Colombia!” were drowned out, the rhythm interrupted by a long, drab mixture of applause and boos from the confused citizenry.

Years later, a reporter would famously joke, the only thing that changed after the big speech was “Esteban’s Chicken” stock slightly rose!

(Above is a sample from “Share The Moon, Espisode 2, Esteban Escobar”)

Please leave a comment; let me know what you think! Thanks!