Let’s make believe for a little while. it’ll be fun.

Pretend you want a huge group of people to listen to you. If you make friends with news organizations, make big donations and are loud and vocal, that would be a good start. During your enthusiastic broadcasting of what you claim are facts, you toss in some opinion, and drop some bad information about your competitor.

It’s important at this point there’s no big controversy; neither you nor your competitor is in the news for any real, important reason. Pick some quiet periods during the news.

The Manipulation of Virtue

In this small world, the lessons can be easy to see, if you look. It was five years-ago a little boy from my hometown of Westerly, RI, who had become famous worldwide, died of cancer. The story of 8 year-old Dorian Murray went around the world and made it to all the major news networks. In fact just today, I saw an old banner still being displayed at someone’s house in town; it said “D-Strong,” the slogan people adopted to support the cause. 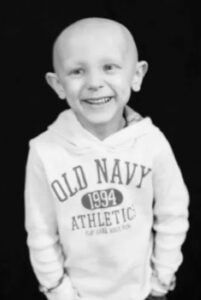 And how can you not love that kind of virtue-signaling? It’s real. It’s from the heart. It’s right.

It felt good, and still feels good, to really care about something truly worth caring about! People love to do that.

Something, though, has changed violently in the past five years. As if when Dorian Murray died, it was not pure virtue coming along to fill in the spaces on the big media airwaves. The public never changed. We stood ready for the next virtuous cause to fly a flag for.

Back To The Mission

If you could get the news media to do your deeds, you could make people believe anything! The far-left in America saw an opportunity. In March, 2016, Dorian died, and the following January, Donald Trump was inaugurated. The opportunity was simply to prepare the world to hate Donald Trump. They even went so far as to lie about a virus that was real, but which had an FDA-approved cure (HCQ); the momentum built like a lie over a lie over a lie.

And Chris Cuomo and his cohorts in TV news were already deep in the mud. They just kept spouting hate for Trump and got people on the bandwagon, whether what they said was real or not.

Since January, 2017, Donald Trump’s first day in office as President of the United States, the left continued its mission under Obama’s leadership, but became more vigilant, adding the dismissal of all truth if needed in order to inculcate a message of hate for the President, into the minds of those Americans seeking a cause to follow.

The momentum got strong enough to completely ruin many parts of society, starting with social media, where sites like Facebook became battlegrounds for people who watch “The View” to throw hateful insults for no reason at people who were more aware of what was going on. With big media on “their” side, the view was a pure lie. It was a war of words where the blind were literally leading the blind. That is the nicest way to put it.

If you can make people afraid of something, you can control them!

Was people fighting with each other what the left was after? Let’s not give them that much credit, because really the cross-fighting between friends was a side effect of what could be called a simple, but effective, misinformation campaign. When the virus emerged, the chasm  grew. Your grandmother’s health would be the new D-Strong. Would the sick, victimized, impoverished and frail even SURVIVE this new virus?

With many people now interested in politics via “Whoopi,” a lot of virtue-seekers finally found a cause to back. And just like the people who still have a D-Strong sign up in my town, they weren’t going to let go.

Virtue became a strong habit. Born of good will but with a sprinkling of stubbornness and ignorance. Details were only as important as the “fact checkers” said they were. Responsible entities like the press, the government, the leaders of social media and whoever was described by the media as a “foremost expert” would be sufficient, of course, as sources of information on the new life-threatening virus and to govern the new important cause.

Over the past five years, I heard the word “Antifa“ for the first time. I was talking with a veteran, who explained to me Antifa is “anti-fascist,” but they’re terrible and violent and just basically bad human beings. I still, years-later, don’t understand the name, but boy, did they take up the spotlight. They started in Portland and Seattle, pushing around people who didn’t push back, in broad daylight in the streets. They yelled in people’s faces and things escalated quickly, until pretty soon I saw a mentally-unstable black man on a news reel walk up to a police car and without warning shoot and kill a young black female police officer sitting in the car.

I hoped this, whatever it was, wouldn’t continue. But it did. For a long time. It’s not make-believe, but it is a nightmare. The whole thing concocted as layers of lies, with bad, unavoidable pitfalls.

The media caressed and honored Andrew Cuomo, part of the left’s momentous movement. He’d be accused by half a dozen women of harassment, and the egregious and immoral covering up of culpability in 1000s of deaths from the virus, but he’d still shine in the media (which is steered by his brother) as an untarnished innocent boy of integrity and courage.

As a nation, Americans are lost, and those around the world who watch do so mostly in horror. The majority of American citizens (70%) are white, and virtue posing has spread its poisonous tentacles so far as to see blacks kill blacks in the streets, white patriotic people envisioned as criminals, clear and outspoken disrespect for Catholicism and traditional family values, bigotry taught to children in public schools without parents knowing and an attack on math and science, in favor of honoring the lowest common denominator, disrespecting nature and the abomination of human intimacy … most of which are unavoidable pitfalls of allowing free speech to be broken and misused by a paid army of victim-badged misfits and money-grubbing mercenary make-believe journalists. In order to keep their secret plan from exploding, the plan’s own momentum having gotten the best of all of them, they find themselves kowtowing to China and exploiting illegal, fraudulent elections.

Now, pretend you want to get a huge group of people to hate another huge group. This would mean your mission has become that of a true narcissist, in it for nothing now but glory, fame, money.

Watch out. The narcissist is the fake VP, and even liberals are annoyed by her overconfidence and babysitting an old man gone wild with a dictator’s pen. She’s enveloped in lies started by Hillary and Obama, in cahoots with Sanders and AOC. This is a fight television wouldn’t show you, normally, but you’ll start seeing things you’ve never seen before, and only the purest of imbeciles will fail to cringe when the man who’s supposed to be President sniffs more children and nearly falls over trying to read scripts on TV.

The Lie is Mature

The show is just getting started.

But you’re part of it, involved as deeply as you choose to be. In the past five years, Americans have enjoyed a special privilege, the task of salvation of the planet through freedom of speech. But the ride is a horror to watch.

We’ve watched free speech being practiced by men in skirts and skinny boys with arson on their minds. We’ve seen suicides double, if you’re willing to believe this news report from a doctor in Nevada. It doubled only among blacks, though, if you read this report from US News. The day we stop caring what color everyone is, is the day the momentum gets stopped dead in its tracks. Suicide does not know what color you are, and mental health doesn’t care about virtue-signaling. The world has been divided by people who identify as victims, followed by people who just want something to care about.

The world has watched private property destroyed, lives lost and innocent people threatened, in the name of free speech. The only opposition to the lawless nature of so-called protests might come from conservatives, but they continue to watch in disgust because they highly value free speech, and would not endorse taking it away from anyone, regardless of the person’s message. That leaves no-one to publicly oppose violence and hate-spewing, covered and covered-up by TV news, all in the name of freedom of speech.

Many businesses didn’t make it. Some of the greatest businesses in the world, including many great retailers and restaurants in New York and Chicago, among others. They should not expect reparations from our new administration, who are busier covering up their library of lies, leaving them little time for anything else.

And it will get worse.

If someone told you we were on the road to a civil war, I’ll tell you you’re already in battle.

I’d recommend reaching out to friends and family, breathing fresh air and turning off the TV.

The beginning of the end is where the final battle takes place, and you’ll be better fit learning the rules all over again from your friends, and hopefully, finally, putting the Cuomo brothers and the band of devils who’ve suspended righteousness from the world’s narrative in their proper place; a place of permanently righteous doubt.

Raise your pens, take off your masks, don your best dancing shoes, and get back to the normal YOU really want.

I know that’s what Dorian would have wanted, too.