The Weak Leadership in America
And its Consequences Around the World

An Australian political commentator thinks there needs to be a new President of the free world “soon.” Upon reviewing recent footage of Joe Biden, the make-believe President of the US, gaffing, groping and gasping, forgetting, fumbling and forsaking reality … broadcaster Alan Jones summed up his analysis by saying simply “God help me!”

So, for those who were embarrassed by a billionaire with floppy hair who joked about girls once and “doesn’t look presidential,” and those who eat garbage lies that fashion Trump as a failure, when in fact he did more to further economic growth and uncover corruption than any US president in history … here’s what you voted for.

I, personally, am pretty embarrassed at this point; perhaps the trick is not paying much attention, but I’m terrible at that.

Wikipedia tell us “Jones hosted a popular Sydney breakfast radio program, on radio station 2GB from 2002 until 2020. Jones advocates conservative views, and the popularity of his radio program has made him a highly paid and influential media personality in Australia.” And while the Sky News host inserts “look it’s easy to laugh, but this is very very serious,” he also says putting Joe Biden in the position of “leading the world’s democracies” is “elder abuse” and there must be a “presidential resignation” soon. 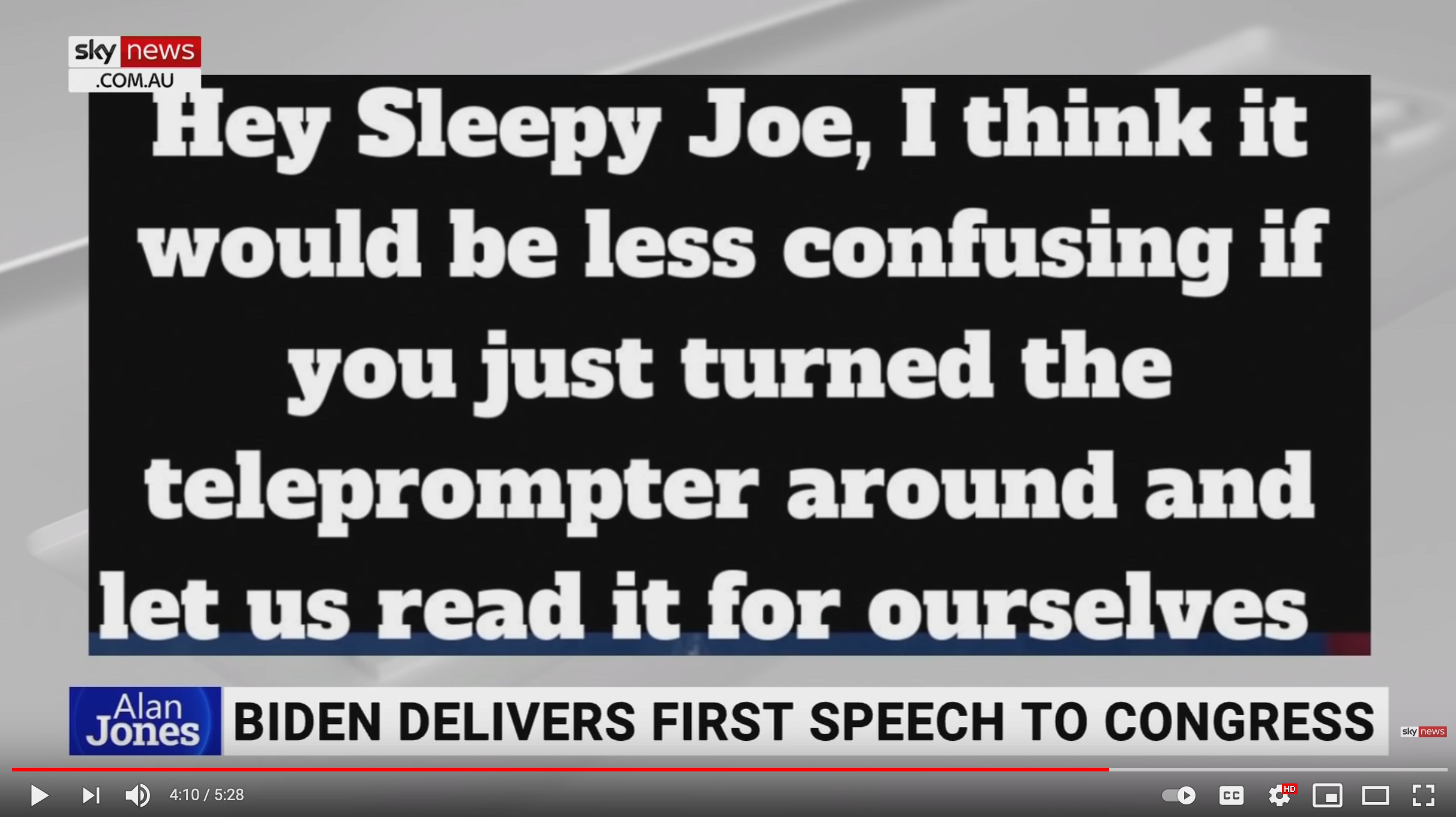 It’s clear something’s got to give … and the situation is getting worse. Jones quoted Senator L. Graham saying “(Biden)’s been a disaster on foreign policy, the border is in chaos, the Iranians are off the map, he’s opening up negotiations with the Iranian regime and they haven’t done a damn thing to change, Afghanistan’s going to fall apart, Russia and China are already pushing him around!” Jones says “Someone of significant note is going to have to tap this bloke on the shoulder and tell him he’s got to go! The tragedy is, the replacement is Kamala Harris, as big a disaster. Her own party didn’t want her in the runoff for the Democratic nomination, she received two percent of the vote. If we don’t think the free world is in a mess, we are bad students of the current international situation.”

One Reply to “America Hits Historic Lows for Respect From Other Nations, Biden Stumbles Incoherently and Forgets Mid Sentence”