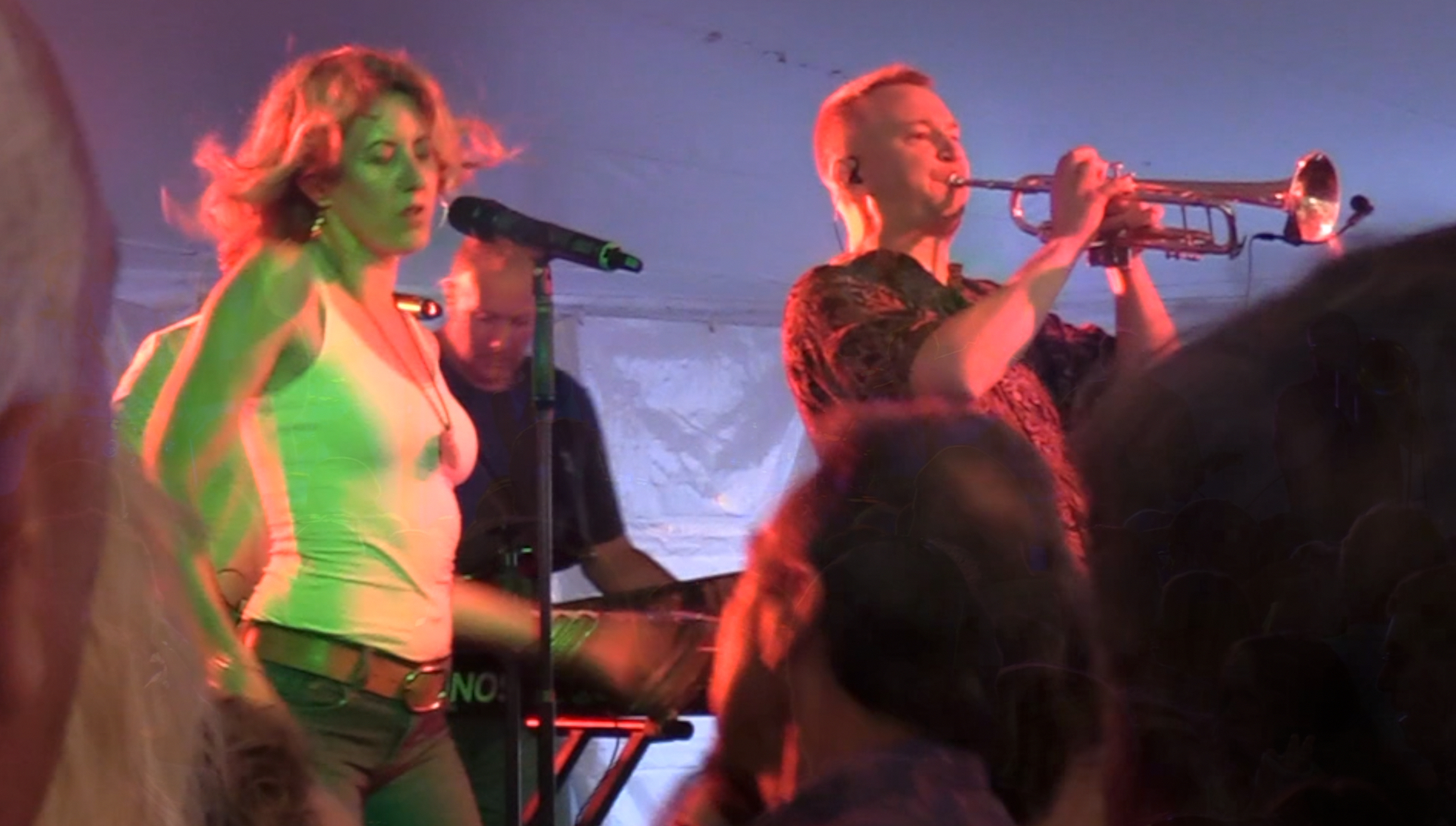 Sugar at the Taste of Mystic

Talia, you look and sound beautiful! When your little plus one is a little older, please tell him or her for me you make a lot of people very happy!

And Marcy, whether you intend to or not, you’re making me smile like I’m going to explode! It really looks intentional to me!

No holds barred, I’ve been schmoozed as an FM PD at conventions, and used to vet artists for radio, and you’re one of the most talented bandleaders I’ve seen! And I think you know … what I know …

Sure, this is all about the band and sound, but more. It’s about living, celebrating, dancing, smiling and making other people smile!

So all that impressing you’re doing, lasts a lot longer! You and your band made a big difference in my life. When the music’s so loud you can’t think about the s*** that’s going on … saving souls never looked, or sounded, so sweeet! Thanks for doing what you do! From where I’m standing, it works.

Thousands of years in the future, scientists will tell people these “disco inferno rituals” saved the human race from scaring itself into extinction.

So ladies and gentlemen, thank you for indulging me! Now, introducing “Sugar” from Connecticut, featuring Marcy Kelly and Talia Rosso!

No apologies for a little camera shake – working angles with some new gear, I’m actually quite pleased – this was a tight crowd. This audio will tolerate volume with headphones if you want to really hear it. Rode stereo mic, straight out of the camera; the mid-lows are nice and clear!

By the end of Disco Inferno, I had snapped the tripod legs together and lifted it by its feet as high as I could, like a periscope! There’s some great framing of the whole band (and it even has bokeh!) at the very end.

This video is for all you lazy bastards who couldn’t get to the show (not you, the other lazy bastards!). Make yourself happy, get the heck out if you can, and do something fun like this!

I highly recommend … a Sugar show!